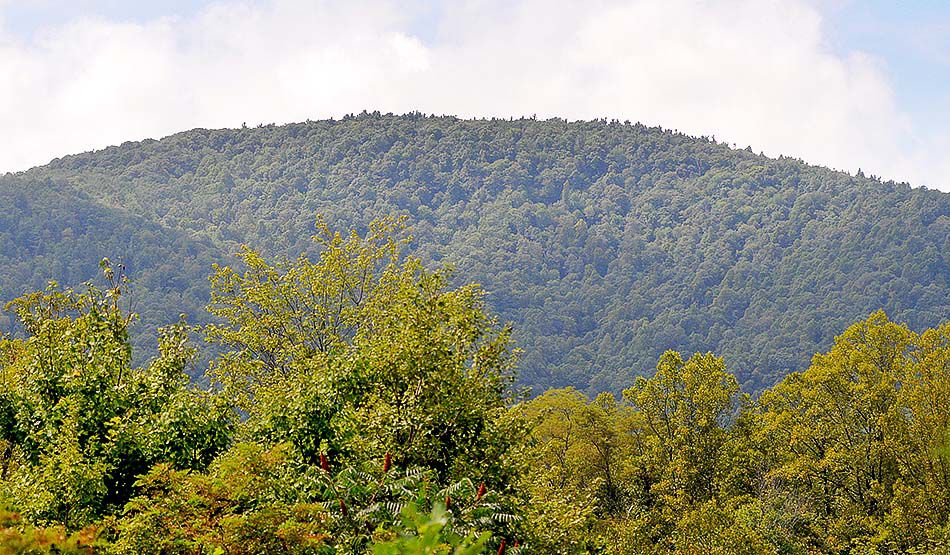 Tompkins Knob, at 4,080 feet, is the tallest mountain in Wilkes County, and is where Wilkes, Ashe and Watauga counties corner. This view is from Patton Ridge section in Wilkes. 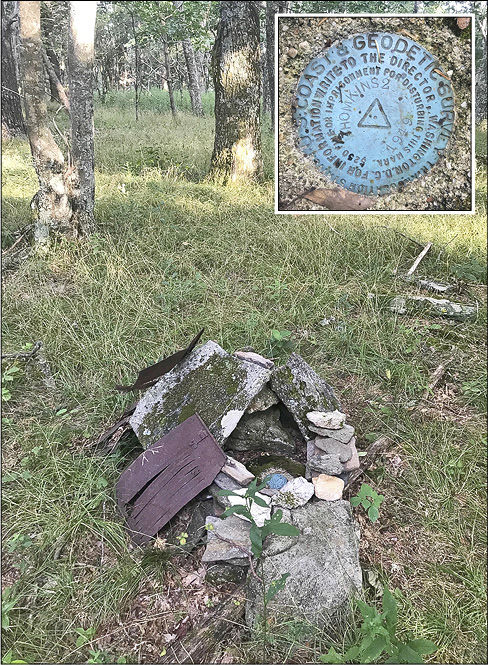 Tompkins Knob, at 4,080 feet, is the tallest mountain in Wilkes County, and is where Wilkes, Ashe and Watauga counties corner. This view is from Patton Ridge section in Wilkes.

Tompkins Knob isn’t among the best-known local mountains, but its story reflects much of the history of the three counties that connect on its summit.

At 4,080 feet above sea level, Tompkins also holds bragging rights to being the tallest mountain in Wilkes County and the tallest on the Blue Ridge Parkway north of Grandfather Mountain.

The point on the summit where the Wilkes, Watauga and Ashe county lines meet is marked by a U.S. Geodetic Survey monument, placed in 1949 and surrounded by a low wall of rocks. These markers are the fixed basis of a coordinate system that defines latitude, longitude, height, scale and orientation in the U.S.

After generally following the crest of the Blue Ridge and bordering Ashe or Alleghany counties for about 40 miles, at Tompkins Knob the Wilkes County line cuts sharply south and descends along the crest of Laurel Spur Ridge, crosses U.S. 421 and continues southward to intersect with Watauga and Caldwell counties on White Rock Mountain.

The Parkway and parallel Mountains to the Sea Trail (MST) curve around the lower southern, eastern and northern slopes of Tompkins Knob. The hike from the MTS to the broad, flat summit of Tompkins Knob is about one quarter of a mile up a gentle slope without a designated trail.

The steep eastern slope of Tompkins Knob in Wilkes descends to an elevation of about 2,000 feet in the remote Patton Ridge section and on down to about 1,500 feet in the valley of the South Prong of Lewis Fork Creek and U.S. 421.

Tompkins Knob is now heavily forested, but Eddie Moretz of Deep Gap remembers slopes of the mountain facing the Parkway being in grass when he and his parents, grandparents and other family members picked wild strawberries there in the early 1950s.

Much of the mountain was covered in American chestnut trees before these were wiped out by an Asian blight earlier in the 20th century.

Brothers Vernon and James Waters grew up at Patton Ridge, which once was a community with a school, church and post office.

Vernon Waters, who moved back to Patton Ridge after living in Boone many years, said people used to gather wild “branch lettuce” on forested eastern slopes of the mountain.

James Waters, of Millers Creek, said Barker Bar Road once went from Pattons Ridge to Cool Spring Baptist Church at Tompkins Knob. A reconstructed version of the church is along the Parkway. Barker Bar Road was named for a Barker family that lived on Tompkins Knob and had a gate (bars) for cattle across the road.

Most of Tompkins Knob is within the Blue Ridge Parkway’s 600-acre E.B. Jeffress Park. This also includes the Cascades waterfall on upper Fall Creek, a tributary of the South Fork of Lewis Fork.

Jeffress Park was named for a Haywood County native who, as owner of the Greensboro Daily News and chairman of the N.C. Highway Commission, was a strong advocate of the Parkway in the 1930s.

Nearly 170 acres of Jeffress Park were the subject of one of the longest-running lawsuits over land acquired for the Parkway.

The State Highway and Public Works Commission acquired the acreage in December 1935 from its owner, Frank F. Hartley, and conveyed it to the federal government for the Parkway.

It was part of a 337-acre tract owned by Hartley. Court documents described it as mostly cleared, good grazing land with no buildings, accessible by a private road.

Hartley sued the state to get more than was offered and a jury decided on $22,000. When the state appealed this, the case went to Superior Court and ended in a mistrial because jurors couldn’t agree on an amount for the land in 1939. It was tried again in 1940, and a Wilkes Superior Court jury awarded Hartley $20,000.

After the state also appealed this, it went to the N.C. Supreme Court and a new trial was ordered. The state and Hartley finally agreed on $13,500 an acre and Superior Court Judge Julius A. Rousseau Sr. of Wilkesboro signed a consent judgement for payment of this amount.

Grading for the Parkway was completed to Tompkins Knob by July 1936, going north to south.

John Preston Arthur wrote in his, “A History of Watauga County,” published in 1915, that Tompkins Knob was named for James Tompkins.

In 1802, Tompkins deeded 150 acres to James Proffit “on Blue Ridge Mountain” with a branch of the New River and a branch of the South Fork of Lewis Fork, indicating that it included or was near Tompkins Knob.

Tompkins was born in New Jersey in the early 1700s and was among hundreds who migrated to the “Jersey settlement” in Rowan County. Most came seeking more affordable land.

He was among early freedom-loving Baptists who moved from the Jersey settlement and other areas of the Piedmont to what now is Wilkes, Watauga and Ashe counties and elsewhere on the western frontier in the late-1760s and 1770s.

Historians say many moved to escape taxation and other tyranny of William Tryon, who wanted to expand the Church of England in North Carolina after the British king named him governor of the colony.

In 1778, the year Wilkes was created, Tompkins was appointed a justice of the peace in the new county and overseer of a new road to the top of the Blue Ridge. He also “entered” two parcels of land that year.

Tompkins served on a Wilkes Grand Jury in 1787. On that same grand jury was Jonathan Tompkins. He came south from New Jersey about the same time as James Tompkins and they possibly were brothers.

Around 1800, Tompkins moved to present-day Carter County, Tenn., and was a preacher there. He died in 1804.

James Patton acquired acreage in what came to be called Pattons Ridge from Jonathan Tompkins around 1790. In his autobiography, Patton described Jonathan Tompkins as “a member of the Baptist Church and apparently a very pious man” who lived on the South Fork of Lewis Fork.

In the winter of 1792, Patton brought his mother, some of her other children, their belongings and merchandise in two wagons to the land he acquired from Tompkins. With the help of neighbors, he wrote, the Pattons soon had a story-and-a-half-tall pine log home.

Patton met and married Annie Reynolds in Wilkes, had a Wilkesboro store and lived in Wilkes for several years before he and his wife and children moved to Buncombe County. He became a successful merchant and hotel owner in Asheville and progenitor of a prominent family in that city.

Another notable resident of the area that came to be called Pattons Ridge was John Church, better known as “Yankee” John Church, who moved from Rowan County to what became Wilkes in the mid-1700s and was the ancestor of many of the Churches in Wilkes. He reportedly is buried at Pattons Ridge.

Generally cloudy. A stray shower or thunderstorm is possible. High near 70F. Winds light and variable.

Cloudy with periods of rain. Low 64F. Winds light and variable. Chance of rain 80%. Rainfall near a quarter of an inch.

Thunderstorms during the evening followed by occasional showers overnight. Low near 60F. Winds light and variable. Chance of rain 80%.