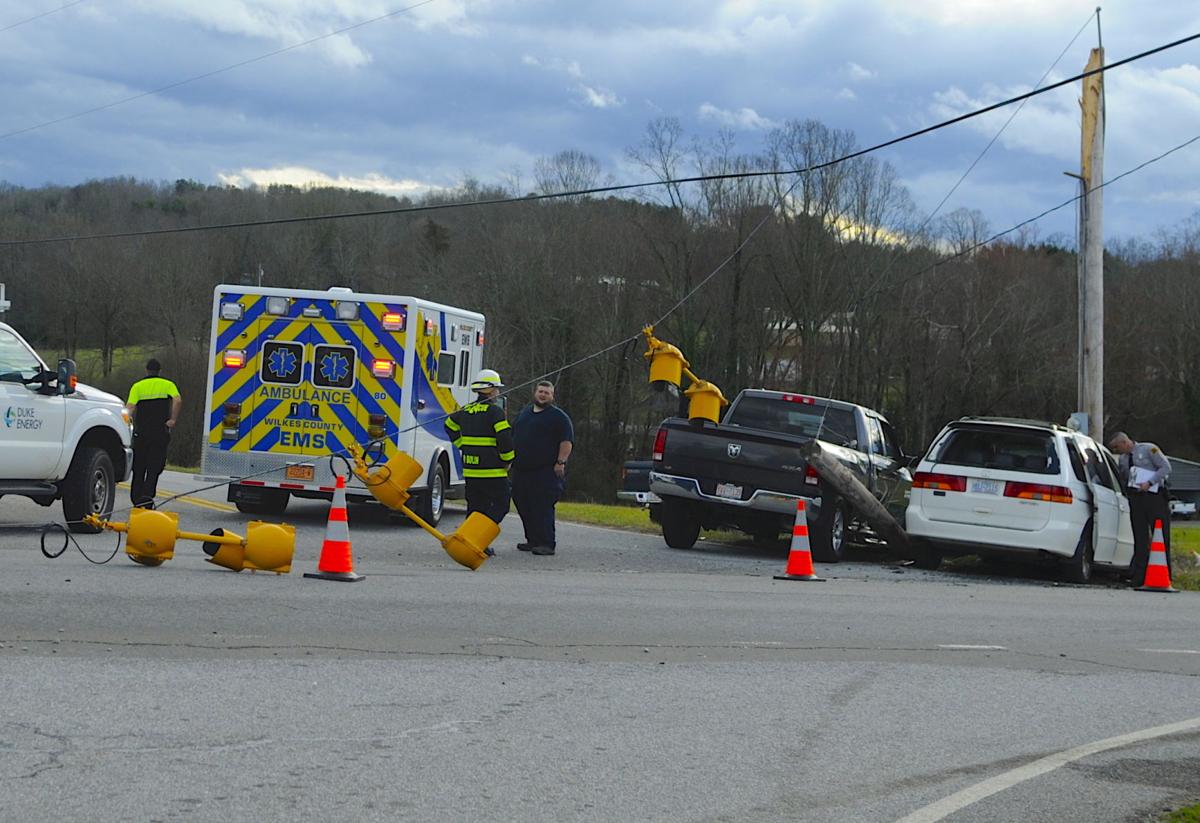 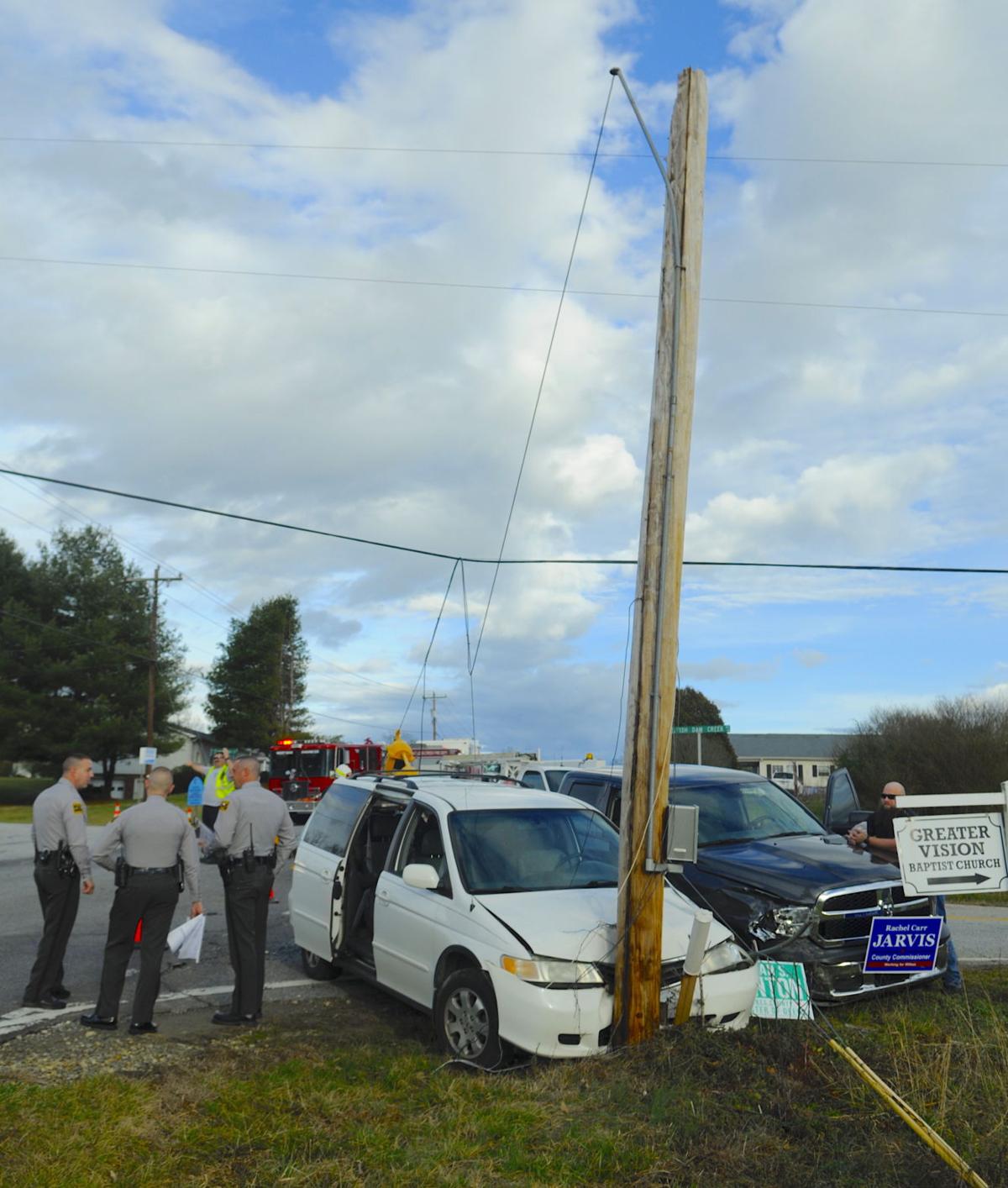 POWER POLE was snapped in two in a wreck in Millers Creek Tuesday afternoon. The Honda mini-van at left struck the pole after it and the Dodge pickup collided.

POWER POLE was snapped in two in a wreck in Millers Creek Tuesday afternoon. The Honda mini-van at left struck the pole after it and the Dodge pickup collided.

Five children and an adult were taken to Wilkes Medical Center after a two-vehicle wreck at the intersection of Boone Trail, Fish Dam Creek Road and Arbor Grove Church Road less than a half mile north of West Wilkes High School in Millers Creek Tuesday afternoon.

Emergency personnel at the scene said the six, transported by Wilkes Emergency Medical Services, didn't appear to be seriously injured. There were in a Honda Odyssey mini-van that collided with a Dodge Ram 500 pickup in the intersection.

After the collision, the mini-van struck a Duke Energy power pole, causing the upper end of the pole to snap in two and bring down four sets of flashing yellow caution lights. One end of a cable with the lights was attached to the top of the power pole that snapped.

The N.C. Highway Patrol, Millers Creek Fire Department and Duke Energy also were on the scene. The Highway Patrol is investigating and no additional details were immediately available. The wreck occurred about 4 p.m.