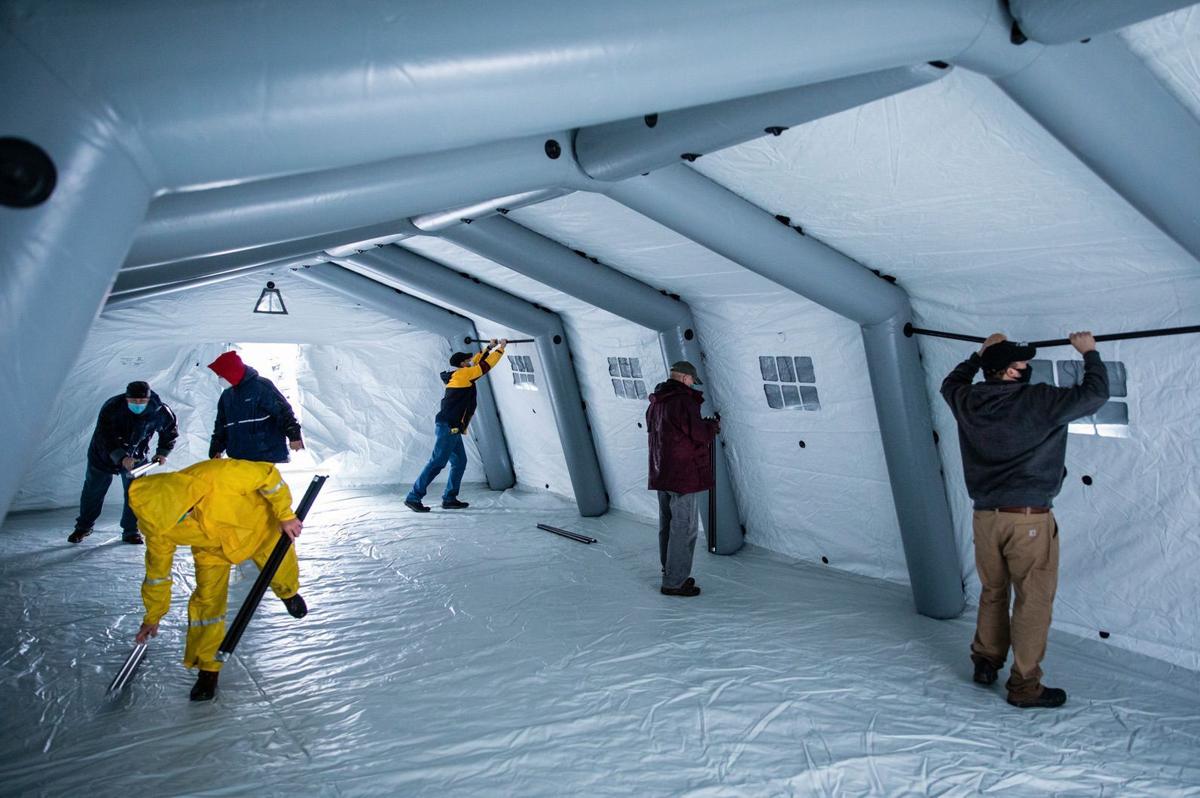 People work on a portion of the Samaritan’s Purse field hospital in Lenoir on Friday. 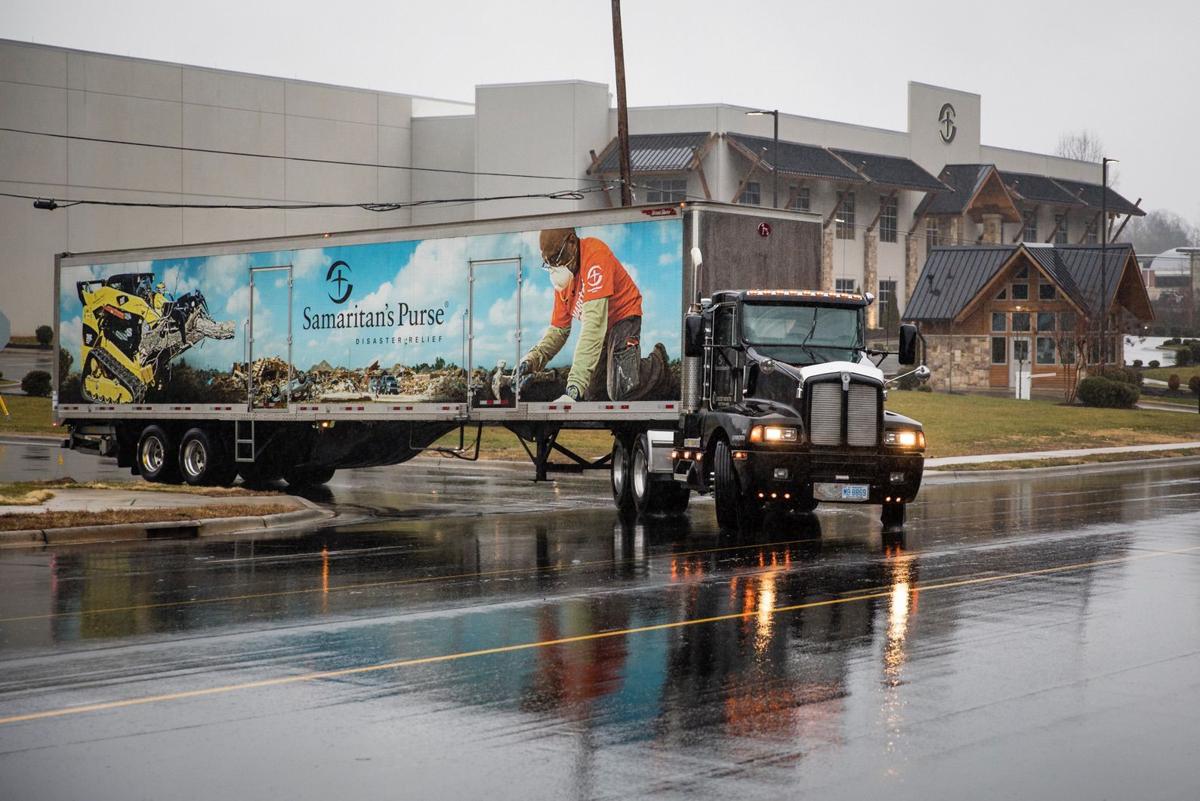 A Samaritan’s Purse tractor-trailer leaves facilities in North Wilkesboro on Friday morning, loaded with the field hospital to be set up in Lenoir.

People work on a portion of the Samaritan’s Purse field hospital in Lenoir on Friday.

A Samaritan’s Purse tractor-trailer leaves facilities in North Wilkesboro on Friday morning, loaded with the field hospital to be set up in Lenoir.

Primary service areas of these five health systems include Caldwell and all of its adjoining counties except Wilkes. It’s not clear how or if the field hospital might benefit Wilkes Medical Center in North Wilkesboro, which is part of the Winston-Salem-based Wake Forest Baptist Health Center system.

According to media reports, Samaritan’s Purse was contacted about setting up the field hospital in anticipation of a continued rise in COVID-19 cases due to gatherings of people over the Christmas holidays. This is expected partly because of a spike several weeks after Thanksgiving.

The press release said the Caldwell UNC site was selected for the field hospital due to its central location and ability to provide support services. It said patients receiving treatment at the field hospital will be limited to those who are COVID positive but don’t need a ventilator.

“The current volume of COVID patients has spiked in recent weeks and many of the hospitals in this region are operating at maximum capacity. This spike is expected to sustain or accelerate into February and the additional resources the emergency field hospital will provide can help assure we can address the needs of all patients,” said Phil Bridges, executive director of Integrated Communications at UNC Health.

Samaritan’s Purse will provide the physicians, clinical staff and support teams to provide care in the field hospital and Caldwell UNC will work in collaboration with Samaritan’s Purse to share staff when appropriate, added Bridges.

Although progress Friday was delayed by rain, the field hospital was expected to open the following week.

There were 2,289 positive cases reported in Caldwell in December, a 140% increase over the number reported in November. The county averaged 88.04 cases per day reported per day during December, compared to 39.75 in November and 33.41 in October.

The 9,749 COVID-19 tests conducted in Caldwell in December were a 45% increase over November. The county’s positivity rate for December was 23.48%, compared to 14.18% in November and 12.32% in October. There are now 58 Caldwell residents hospitalized with COVID-19.

Laura Easton, CEO of Caldwell UNC Health Care, stated, “On behalf of all the health systems participating in this effort, I’d like to thank Samaritan’s Purse for making this investment in the well-being of our communities. Planning for this added capacity now will help us provide the level of care our communities need as volumes continue to grow in our region.”

For supplying and coordinating staffing for the 30-bed field hospital, Samaritan’s Purse “received overwhelming interest from medical personnel across the United States who are willing to serve,” the press release said.

Samaritan’s Purse has deployed field hospitals during the COVID-19 pandemic in New York City and Italy. It is a non-denominational evangelical Christian organization providing spiritual and physical aid in disaster situations around the world.