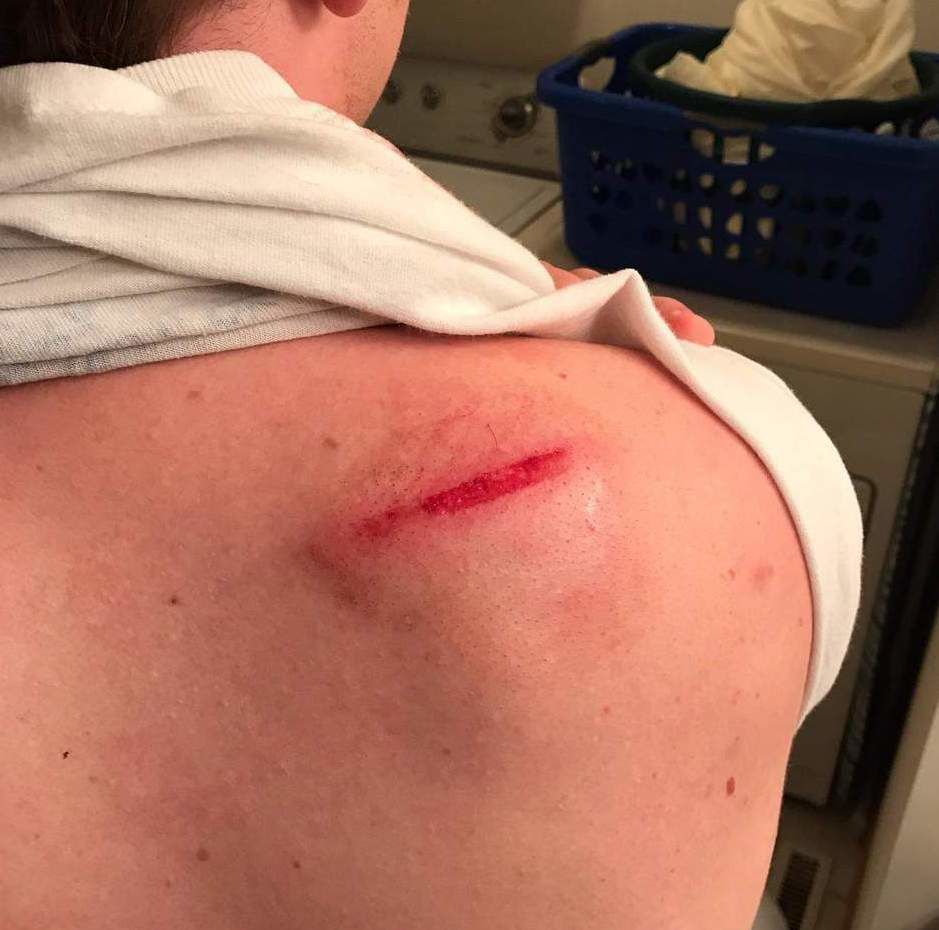 GIBSON BRONDOS of Wilkesboro shows where a bullet grazed his back after he stopped to check on the wellbeing of a motorist on Winkler Mill Road on the night of Nov. 29. 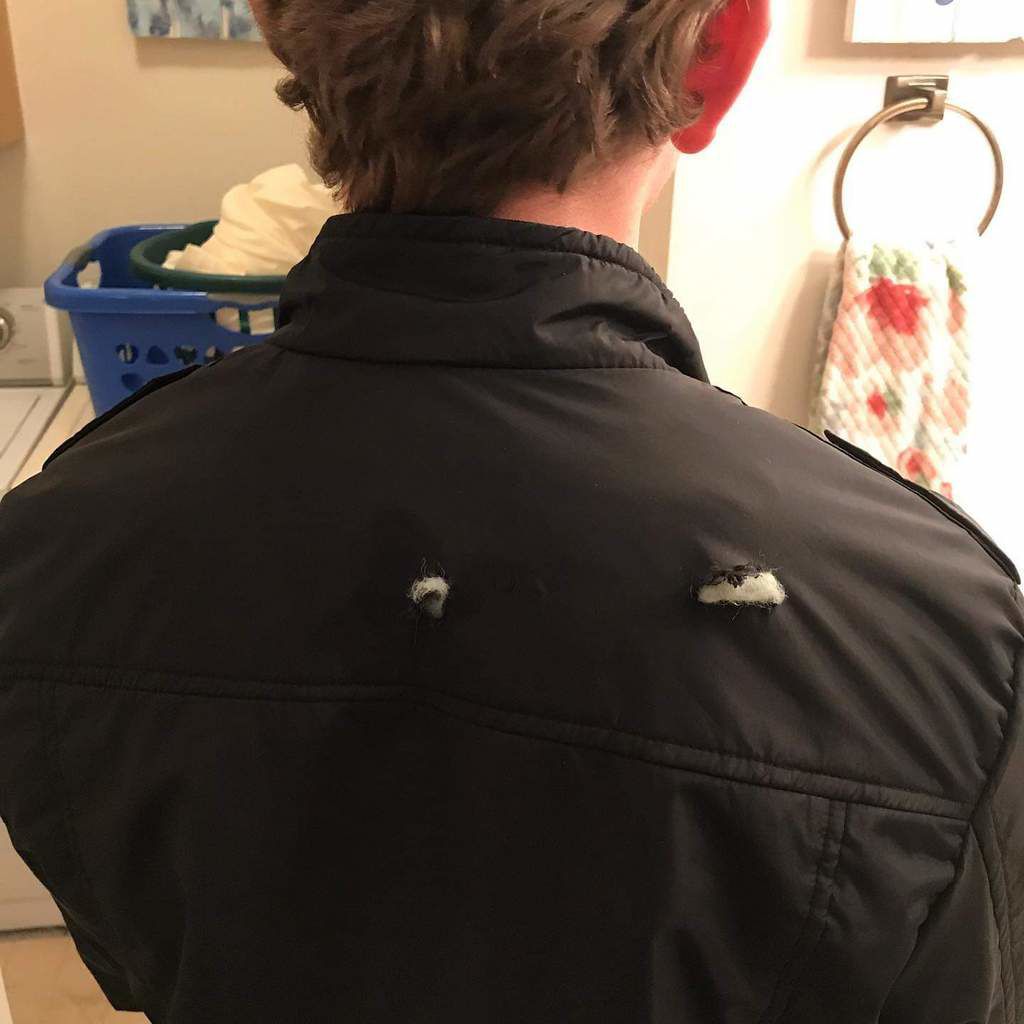 ENTRANCE AND EXIT HOLES of a bullet are seen on Gibson Brondos' jacket.

GIBSON BRONDOS of Wilkesboro shows where a bullet grazed his back after he stopped to check on the wellbeing of a motorist on Winkler Mill Road on the night of Nov. 29.

ENTRANCE AND EXIT HOLES of a bullet are seen on Gibson Brondos' jacket.

The family of a Wilkesboro teenager grazed by a bullet that was only inches away from possibly claiming his life a week ago has offered a $5,000 reward for information leading to the arrest and conviction of the shooter.

A spokesman for the family of Gibson Carter Brondos, 18, said Wednesday that anyone with information of this nature is asked to call the Wilkes Sheriff’s Office at 336-903-7600.

Wilkes County Crime Stoppers also offers rewards for information leading to the arrest and conviction of persons responsible for crimes. Callers can remain anonymous and still receive rewards. The Crime Stoppers number is 336-667-8900.

Brondos said in an interview that he was northbound in his car on Winkler Mill Road Extension near the entrance to the Kohl’s store on the night of Nov. 29 when he first noticed a four-door sedan immediately ahead of him going in the same direction. It was about 7:20 p.m.

He said the two cars were on Winkler Mill Road, still northbound, when the sedan slowed to about 30 mph in a 35-mph zone just after crossing U.S. 421.

Brondos said his car was close to the rear of the sedan when it slowed to about 30 mph but not close enough for a collision to occur if the car ahead suddenly stopped.

The driver of the car ahead of him “turned his hazard lights on near the entrance to Tractor Supply and gradually came to a complete stop, while still in his travel lane” before reaching the top of the hill on Winkler Mill Road, he said.

“He (driver of the sedan) then waved me by” with his hand out the driver’s side window while his car was stopped. “I made sure no one was coming and then pulled up beside him, rolling down the (front passenger side) window as I pulled up,” said Brondos, adding he was trying to check on the driver to see if he needed help.

“Before I had a chance to say anything, he said something like ‘bro’ or ‘man’ and then ‘what’s your problem?’ And then I saw the flash of a gun and felt it tighten on my right shoulder blade.

Det. Jason Willis from the sheriff’s office came to the scene and is lead investigator on the case, which now is focused on identifying and apprehending the person who fired the shots.

Mostly sunny skies this morning will give way to mostly cloudy skies during the afternoon. High 73F. Winds WNW at 10 to 15 mph.

Showers early, becoming a steady rain later in the day. High 52F. Winds light and variable. Chance of rain 80%. Rainfall around a quarter of an inch.

Some clouds early will give way to generally clear conditions overnight. Low 39F. Winds NNW at 5 to 10 mph.