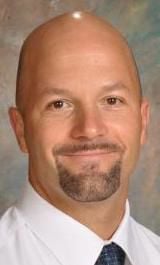 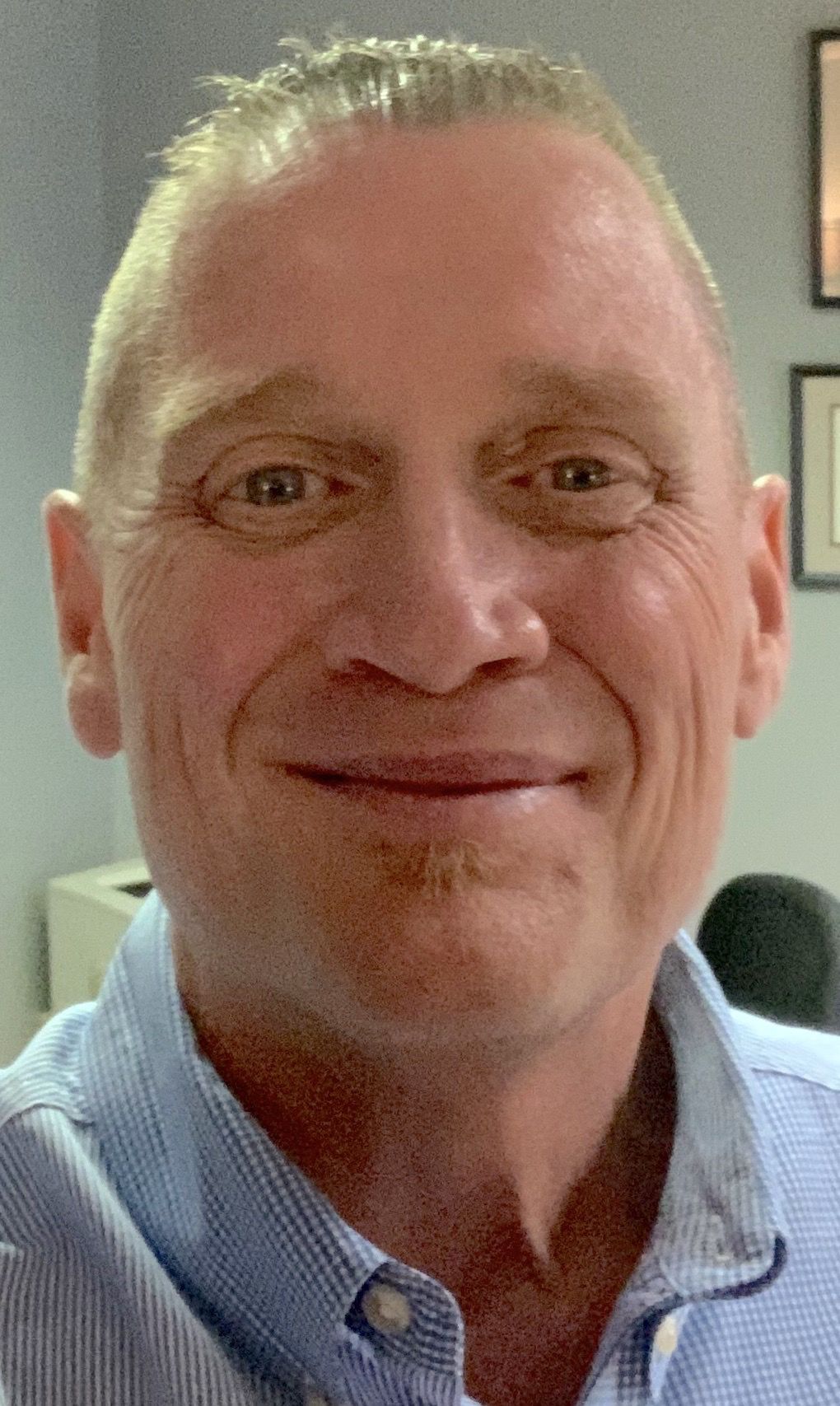 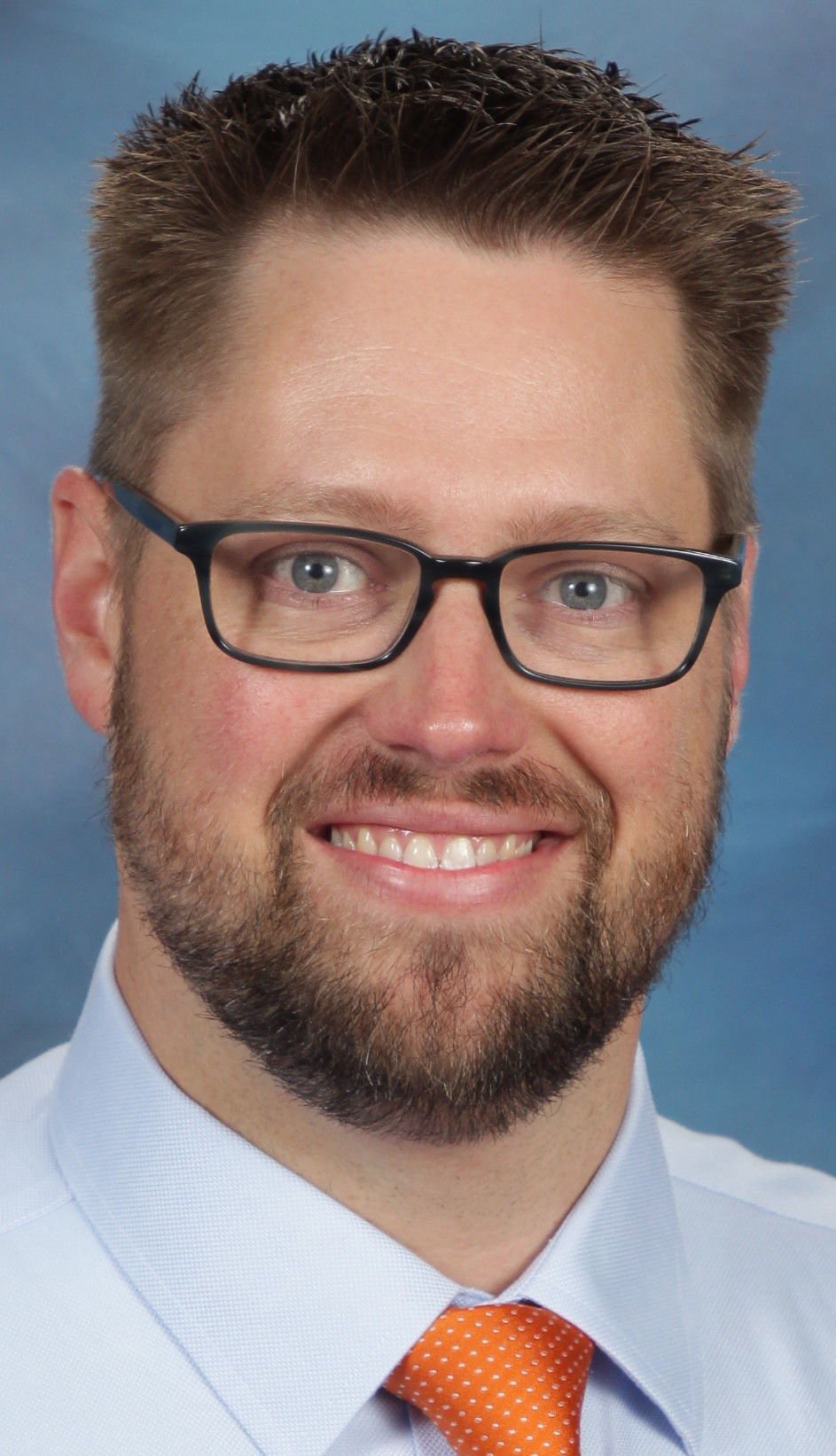 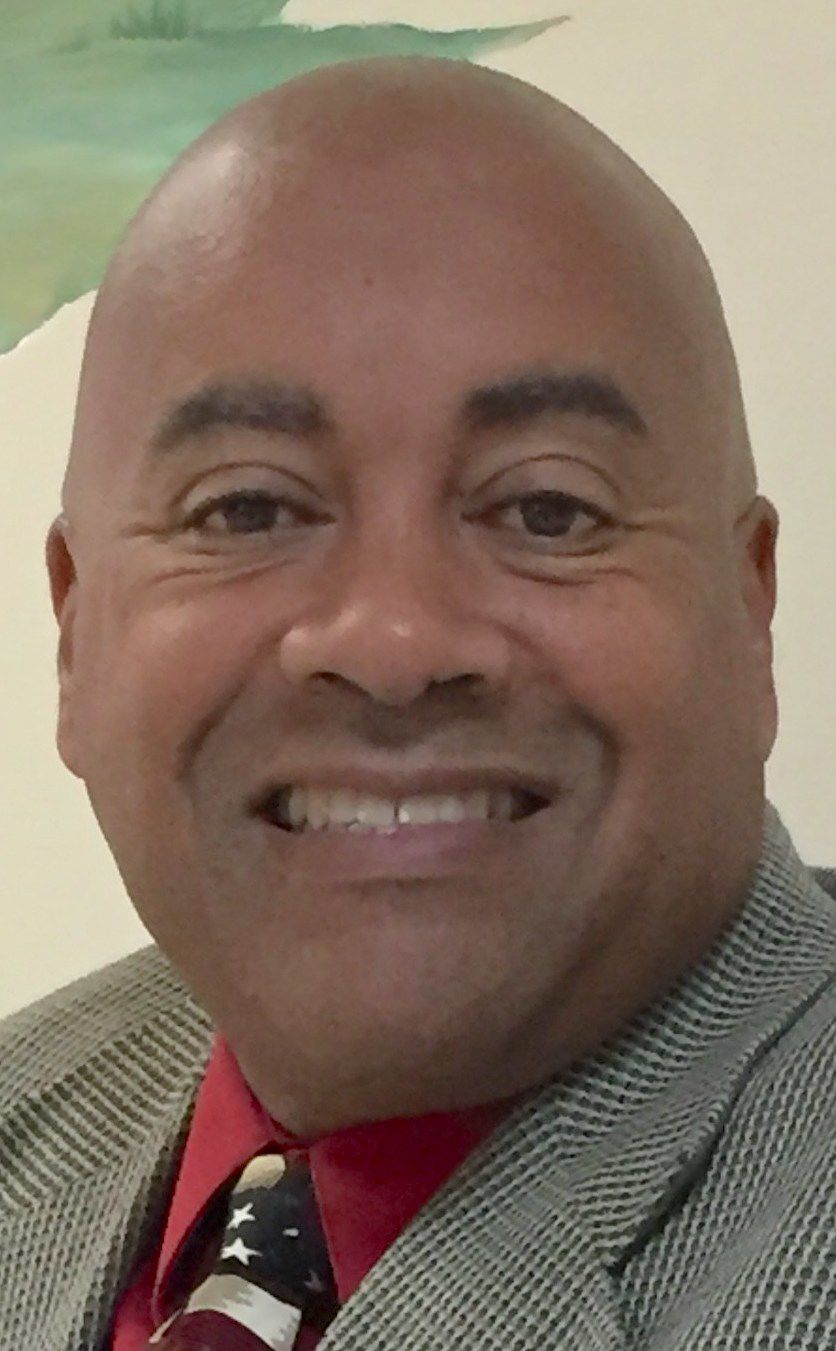 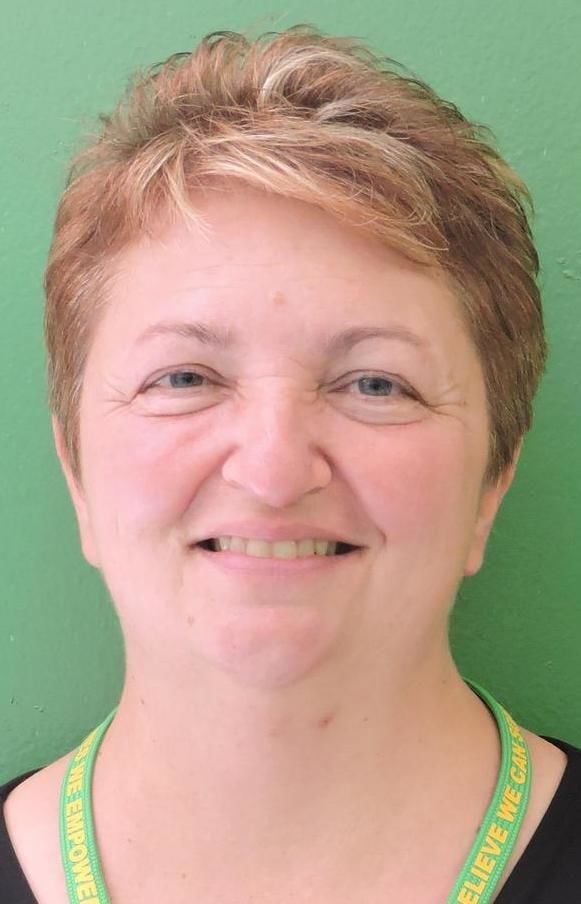 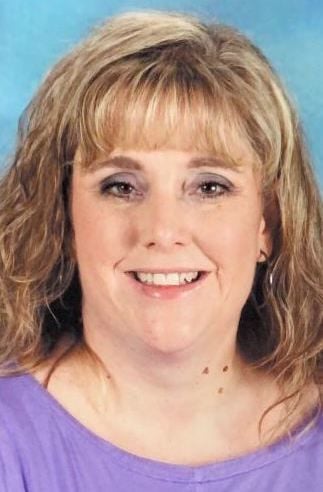 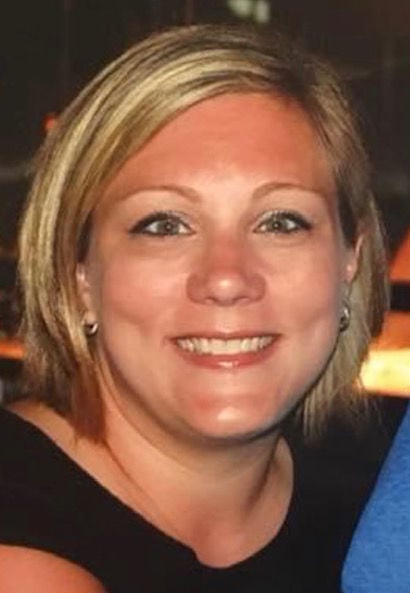 Byrd said he is excited about what the newly-named principals can bring to their schools. “While they each have big shoes to fill from those previously in their roles, our committee knew without a doubt that we had selected the right people for these positions,” he said. The committee he referenced consists of Wilkes School District leaders Byrd appointed. He said changes at the central services level will strengthen support for principals and teachers.

Byrd said he is confident that the people in the new positions will serve in a manner benefitting students for many years to come. “Our school communities should be excited about those chosen to lead their schools and we hope that this will only add to their excitement for a great 2021-22 school year.”

Dustin Webb replaced Dr. Chad Mann as East Wilkes High principal. Mann was named principal at Starmount High School in Yadkin County. Webb, originally from Mount Airy, has a bachelor of science (BS) degree in history and secondary education from Appalachian State University and a master of arts degree in executive school leadership from Gardner-Webb University. He began his administrative career as assistant principal of Pilot Mountain Middle School for three years. He was assistant principal at Elkin Elementary before serving as Sparta Elementary principal the last four years. Webb stated, “I am deeply honored and truly excited to join Wilkes County Schools. I am joining a great family at East and I look forward to working with them for the good of the students of East Wilkes High School. My goal will be to support and serve the students, staff and community of East Wilkes and continue the tradition of excellence that is present throughout Cardinal Nation.”

Deborah Surgeon replaced David Johnson as North Wilkes High principal. Surgeon was North High’s assistant principal the last three years. She is a Wilkes native and North Wilkes graduate. Surgeon has a BS degree in exercise and sports science degree from the UNC-Greensboro, a master’s degree in middle grades education from ASU and an add on licensure in school leadership from ASU. Surgeon became a National Board Certified Teacher in 2008 and renewed this in 2018. She began her administrative career as assistant principal at C.C. Wright Elementary for two years before becoming North High assistant principal. Surgeon said, “As a college student I knew that I wanted to return to North Wilkes someday. I never could have imagined that I would have the opportunity to serve as principal. It is with great pride, honor and excitement that I continue to serve the North Wilkes community. Once a Viking always a Viking.”

Nikki Patrick replaces Ritchie Cornette as Mulberry Elementary principal. Cornette retired. Patrick, a Wilkes native, was Traphill Elementary principal the last two years. Before that, she was an assistant principal for seven years, including at Mulberry Elementary, West Wilkes Middle and Mountain View Elementary. She was a teacher for nine years. She has a bachelor’s degree and a master’s degree and school administration degree, all from ASU. “I am excited about returning to the Mulberry. I look forward to getting to know everyone and serving the (school’s) community,” said Patrick.

Carol Cleary replaces Nikki Patrick as Traphill Elementary principal. Patrick was named Mulberry Elementary’s principal. Cleary was assistant principal at Wilkesboro Elementary this past school year and before that assistant principal at Central Wilkes Middle. She is a Wilkes native and graduate of East Wilkes High. Cleary received a master of school administration degree while at Western Carolina University as an N.C. Principal Fellow. She has a BS degree in K-6 education from Lees McRae College. Cleary completed an educational specialist in administration degree last month from ASU. “I am excited and honored to have been chosen to partner with the Traphill Elementary School students, staff, parents and community and to lead through the next phase of continued educational excellence. If I can be of service in any way, please do not hesitate to contact me,” said Cleary.

Craig Tidline replaces Beth Hubbard as Boomer-Ferguson principal. Hubbard retired. He was principal of Roaring River Elementary the last 14 years. Tidline, originally from North Wilkesboro, has a BS degree in elementary education from North Carolina A&T State University and a master’s degree in K-12 administration. He began his teaching career in Guilford County Schools and was an assistant principal there for two years before moving to the Wilkes County Schools. “I am excited to work with the Boomer-Ferguson Elementary School students, staff, parents, and community.” Quoting Philippians 4:13 in the Bible, he said, “I can do all things through Christ which strengtheneth me.”

Danielle Dowell replaces Craig Tidline as Roaring River Elementary principal. Tidline now is principal at Boomer-Ferguson. Dowell was born in Miami, Fla., grew up Elkin and is a graduate of East Wilkes High. Previously, she was assistant principal at North Wilkes Middle School. Dowell also has been an assistant principal at Mountain View, Millers Creek and Wilkesboro elementary schools and at East Wilkes High. She has a BS degree in middle grades education from ASU and a master’s degree in educational leadership from Gardner-Webb. “I am honored and beyond excited to serve the community of Roaring River as the principal. Like the late Rita Pierson said, ‘I believe every child deserves a champion’ and I intend to be just that for the students, teachers and families of Roaring River this coming school year,” said Dowell.

David Johnson’s new responsibility of secondary education previously was handled by Dr. Donna Cotton, chief academic officer. Dr. Joe Bullis previously was county athletic director/school safety coordinator. Johnson, a Wilkes native, has a bachelor’s degree in history/secondary education from ASU, master’s degree in school administration from Gardner-Webb, and an educational specialist degree in educational leadership from ASU. He began his administrative career as Elkin High’s assistant principal for six years. He then was North Wilkes Middle principal for four years, West Wilkes High principal for three years and was at North High the last three years. “I am excited to serve Wilkes County Schools in my new role. I am sure I will be learning a great deal over the next several months and look forward to working hard to help all of our schools meet the needs of our students,” said Johnson.

Dr. Joe Bullis replaced Wayne Shepherd as director of Career and Technical Education. Shepherd retired. Bullis was already director of federal programs. He is a Wilkes native, has a BS in special education from ASU. He also has a master of arts degree in school administration and an educational doctorate in educational leadership, both from Gardner-Webb. Bulllis has been a principal of elementary, middle and high Schools in Wilkes and has been a director at of testing and accountability, Title I, ESL, CTE, EC, middle school instruction, cultural arts, athletics, school safety and technology in Wilkes and Alexander counties. “I am honored for the opportunity to serve Wilkes County Schools in another capacity. This school system has been very good to me as a student, parent, teacher, coach and administrator. I am always very grateful and excited to give back to the institution that has given so much to me and my family.”

A few clouds from time to time. Low 52F. Winds light and variable.