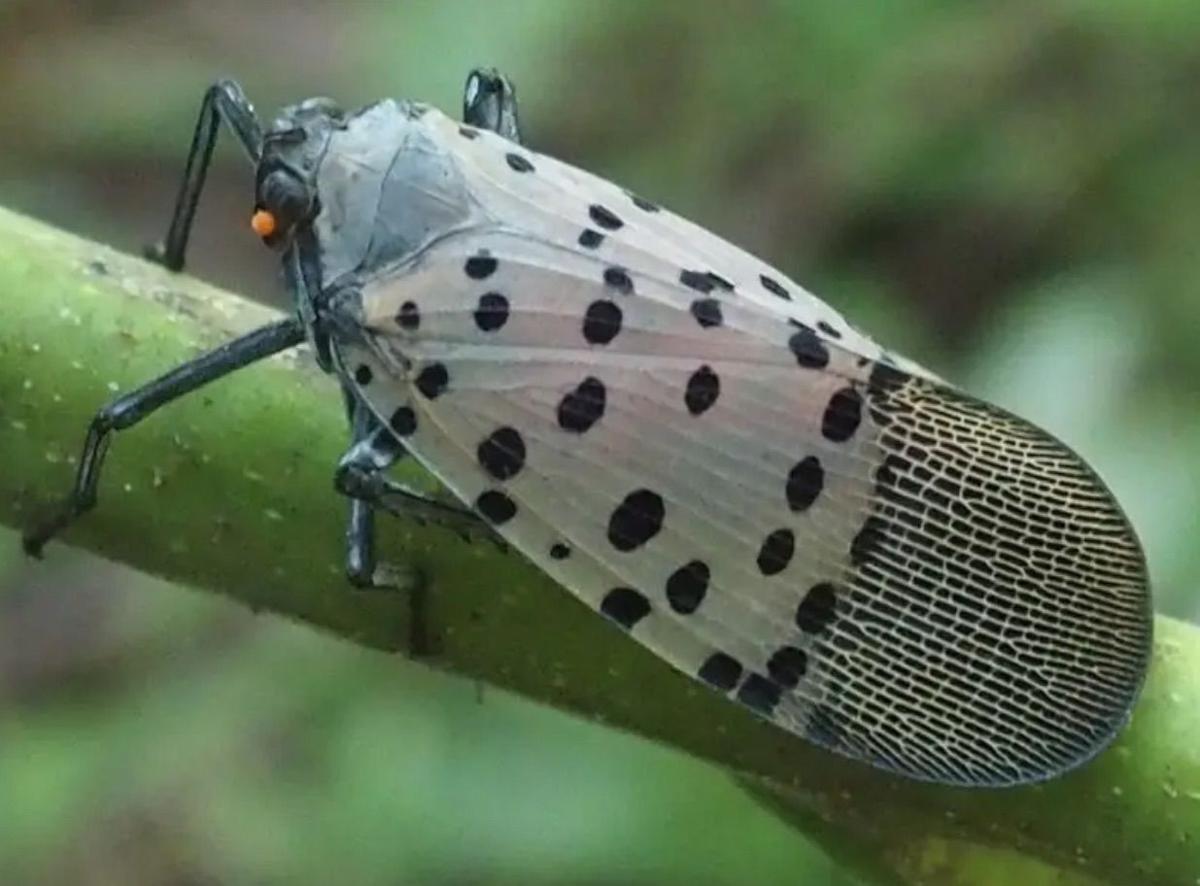 Spotted latternflies have appeared in Virginia. They feed on grapevines, hops and fruit trees. They attack many tree species in North Carolina, usually not killing them but making them vulnerable to other diseases. 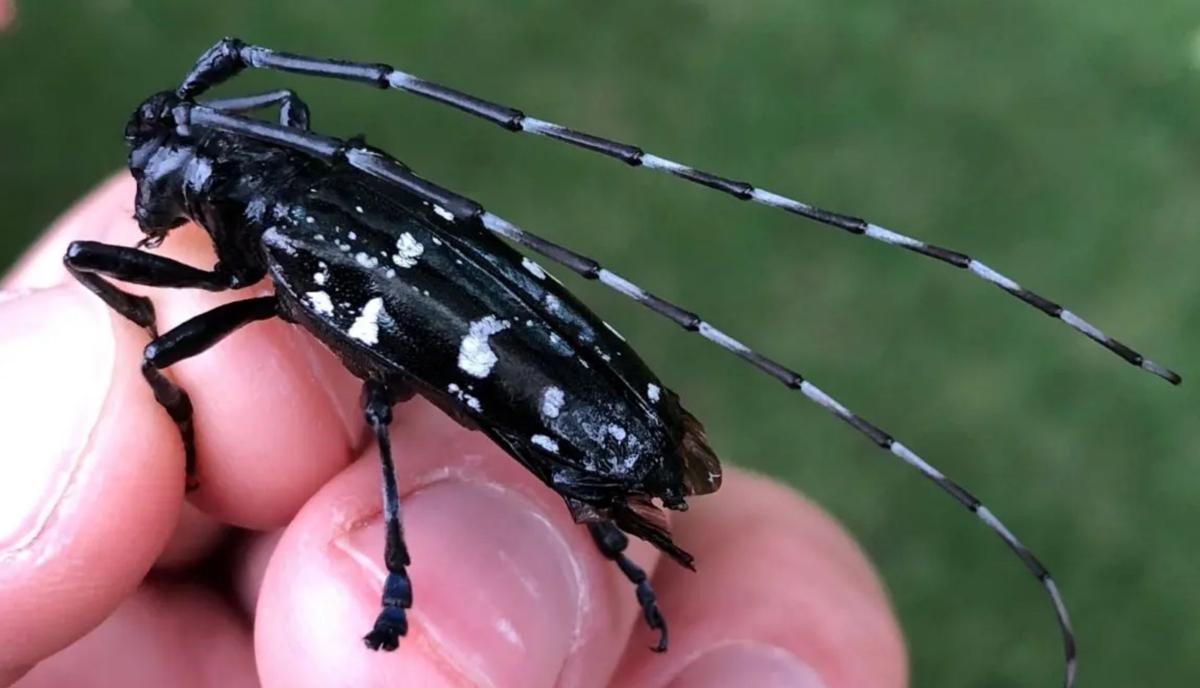 Asian longhorned beetles can be devastating to many hardwood species in North Carolina.

Spotted latternflies have appeared in Virginia. They feed on grapevines, hops and fruit trees. They attack many tree species in North Carolina, usually not killing them but making them vulnerable to other diseases.

Asian longhorned beetles can be devastating to many hardwood species in North Carolina.

“People from other states have posted photos of these pests in their coffee cups or in their dogs’ water bowls,” said Kelly Oten, N.C. State assistant professor and extension specialist in forest health. “They’ve been recovered from pool filters as well.”

The Asian longhorned beetle was discovered in South Carolina and sometimes is deadly to hardwood trees. The spotted lanternfly was seen in Virginia and threatens grapes, fruit and certain tree species.

“They could very easily be here and we just don’t know it yet. With any invasive pest, the quicker you find it, the better your chances are of eradicating them,” said Oten. There are agencies ready to respond immediately if they’re found, she added.

She said the spotted lanternfly, originally found in Pennsylvania, spread into Virginia and som other states. It feeds on grapevines, hops and fruit trees. It attacks many tree species in North Carolina, usually not killing them but making them vulnerable to other diseases.

The Asian longhorned beetle attacks and can kill many hardwood species. Its favorite is the red maple, the second most common tree species in North Carolina forests. The larvae feed on internal parts of trees, causing them to lose structural integrity. “Branches start breaking off. The trees just start falling apart. It can be very devastating,” said Oten.

The Asian longhorned beetle was first found in the mid-1990s in Brooklyn and has appeared sporadically in the Midwest and Northeast. It was found just outside Charleston, S.C. last year, the first time in the South. Researchers learned that it’s been there at least eight years

People reported seeing it at pools. “That’s why we’re targeting pool owners; we’re hoping to work with people who do pool maintenance, so if they do see either one of these, they can report it.”

Oten said the goal is to eliminate Asian longhorned beetles every time they’re found or detected in a new area. The U.S. Department of Agriculture has done this multiple times. Until the find in South Carolina, all infestations were managed or eradicated by cutting and chipping trees with them.

“It’s very swampy in areas where it was found in South Carolina; you can’t get large equipment into these swamps to cut and chip trees. But you can get hand crews out there. Our research is looking at different ways to kill the trees and the beetle, without using heavy equipment,” she said.

Oten said the insects apparently arrived in the U.S. in wood packing material like pallets and crates holding shipments in place. Insects that bore into wood like the Asian longhorned beetle can easily hide there. The spotted lanternfly also lays egg mass on things often moved around.

Once invasive species arrive in the U.S., one way they spread is on firewood. Awareness campaigns to address this include the Nature Conservancy’s “Don’t Move Firewood Campaign.”

“If someone’s tree is dying in their backyard, they might cut it down and chop it up. They might have no idea it’s infested, and go camping weeks later, bringing their firewood and the hidden pests with them to a new area. In one day, an invasive pest can be moved hundreds of miles,” said Oten.

She said the general rule is to not burn wood from a tree more than 50 miles away from where it was cut down.

Oten said invasive species aren’t usually a problem in their native range due to natural enemies there, but these aren’t present outside their native range. Native trees also lack natural resistance to non-native insects or diseases.

A few showers in the evening, then clouds lingering overnight. Low 63F. Winds light and variable. Chance of rain 30%.