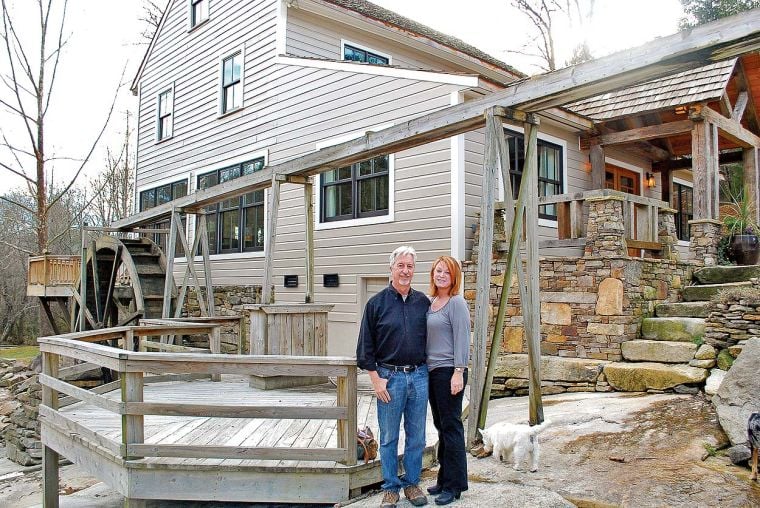 TOM AND LANA KLEEBERG’s remodeling of their new home, the Mill at Traphill, will be featured in the Home and Garden HGTV series, “You Live in a What?” this spring. 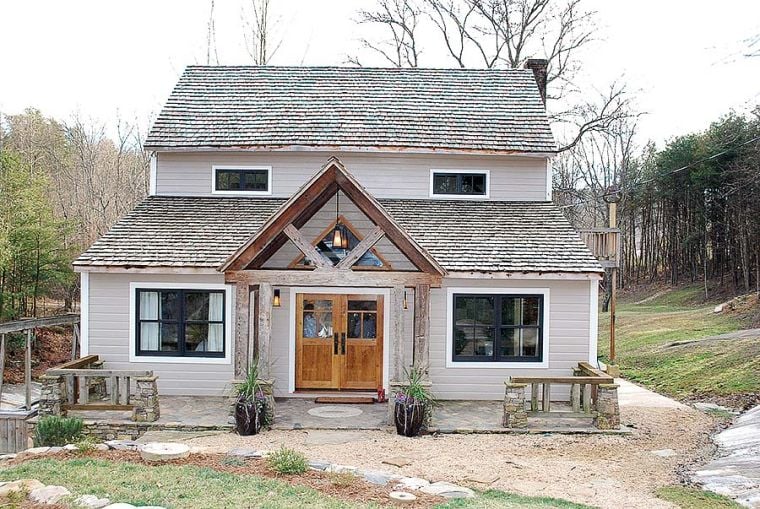 MILL AT TRAPHILL has undergone several renovations since closing as a mill in 1955. It has been a bed and breakfast, weekend retreat and more.

TOM AND LANA KLEEBERG’s remodeling of their new home, the Mill at Traphill, will be featured in the Home and Garden HGTV series, “You Live in a What?” this spring.

MILL AT TRAPHILL has undergone several renovations since closing as a mill in 1955. It has been a bed and breakfast, weekend retreat and more.

One of Wilkes County’s oldest structures, the “Mill at Traphill,” will be featured in the Home and Garden HGTV series, “You Live in a What?” this spring.

Crews from the show filmed and interviewed the owners of the mill, Tom and Lana Kleeberg in January. During a long 8 a.m.-6 p.m. filming day, the Kleebergs explained their remodeling of the mill and a brief history of the stone and beam structure, built about 1777.

Records are not exact about when the Mill at Traphill was built, say the Kleebergs, who have been meticulous in their research of the mill’s history, as well as in its remodeling. Minutes from an old church nearby say baptisms were held in the millpond as early as 1782.

Highlights of the most recent remodeling of the three story structure include discovering and re-using original beams, repairing the old water wheel system so it turns, the use of re-claimed wormy chestnut floors, as well as displaying and finding new uses for the original millstones.

The couple affectionately calls their 100-day remodeling the “One Hundred Days War.” The remodeling took on a feverish pace as time for their daughter’s wedding at the mill drew closer. Remodeling was completed just one day before the wedding. Since then the couple has been able to spend more time learning about the history of their new home.

The Mill at Traphill was the area’s first gristmill and was used to convert grain to food until 1955. It was reputedly used to produce cornmeal used in mash for moonshine, said the Kleebergs, who have spent much time talking to their neighbors about the mill.

From 1955 until 1980 the mill was abandoned. But it remained  a community fixture for many people who remember swimming in the creek near the mill or coming to the mill in their family’s wagons to have their corn ground.

The mill’s life as a home began in 1980 with the first of many remodelings. In the last 30 years it has been a mountain retreat, a bed and breakfast, a rescue animal retreat and a wedding venue.

The Kleebergs fell in love with the Mill at Traphill almost immediately. The couple were at their first MerleFest in April 2011 and saw an advertisement for the mill. They were immediately intrigued, especially since Kleeberg, a geologist, had long dreamed of owning a mill.

“We took one look and realized the building and its unique setting held tremendous potential,” remembers Mrs. Kleeberg. After buying the mill in June 2011, the two returned to their Greensboro home only for clothes and other necessities.

The remodeling was not without its challenges. There was no central heat and air and usable space was limited, especially for the Kleebergs and their large extended family.

The 100 day remodeling project kept the Kleebergs busy designing, directing and in some cases helping with construction. Local crews were used for the remodeling.

The couple also spent much time with past owners of the mill to see what was done to the original structure.

“We wanted more than anything to maintain the integrity of the old mill as much as possible,” said Kleeberg.

“We wanted to create a hallway at the entrance and in doing so uncovered a beautiful large vertical hand-hewn timber,” said Kleeberg.

“We found this to be the perfect opportunity to leave the beam squarely in the center of the front hallway, making it and the old craftsmanship it displayed a literal centerpiece.

“We soon realized the beams in the mill were cut from trees of several hundred years growth, from virgin forests that were growing as far back as the 1500s,” said Kleeberg.

The couple also enjoys pointing out old carvings in beams and evidence of old millers’ penciled notes on exposed beams seen frequently in their home.

The focal point of the house though is the great room, which used to be the main center of milling activity.

Windows facing the creek were enlarged to provide a full view of the tumbling creek as well as the old water wheels still turning.

The couple enjoys pointing out that 100 years ago, the room would have been full of machinery, grain chutes, belts and pulleys. Today evidence of that is still seen by opening a trap door in the great room floor. When opened, a visitor can see the early technology of the mill.

And plenty of visitors have come by to meet the new owners of the mill.

“The mill has been a community fixture for so long, most local folks feel it is a real part of them and of Traphill as a whole. Most Sunday afternoons we see folks drive up who have traveled many miles. They show up at random, many in their 90s, who remember visiting the mill,” said Mrs. Kleeberg.

The couple expect the Traphill area to take off with tourism and development in the next 20 years.

“This area has so much potential… Stone Mountain State Park, many new wineries, the scenery and climate are all huge draws,” said the Kleebergs.

“This is a fantastic place to live.”

They say the biggest surprise in moving to Traphill has been the warmth and friendliness of their neighbors.

“We moved from a large city to this area and expected a cultural shock of sorts,” said the Kleebergs.

“But we didn’t expect it to be one of establishing a new and truly caring set of friends and neighbors. We have met folks who always have time to talk or listen and who love to come over and enjoy one  another’s company.

“This alone has made owning this old mill a true adventure, one that has enhanced the quality of our lives many times over,” said the Kleebergs.

Sunshine to start, then a few afternoon clouds. A stray afternoon thunderstorm is possible. High 84F. Winds light and variable.