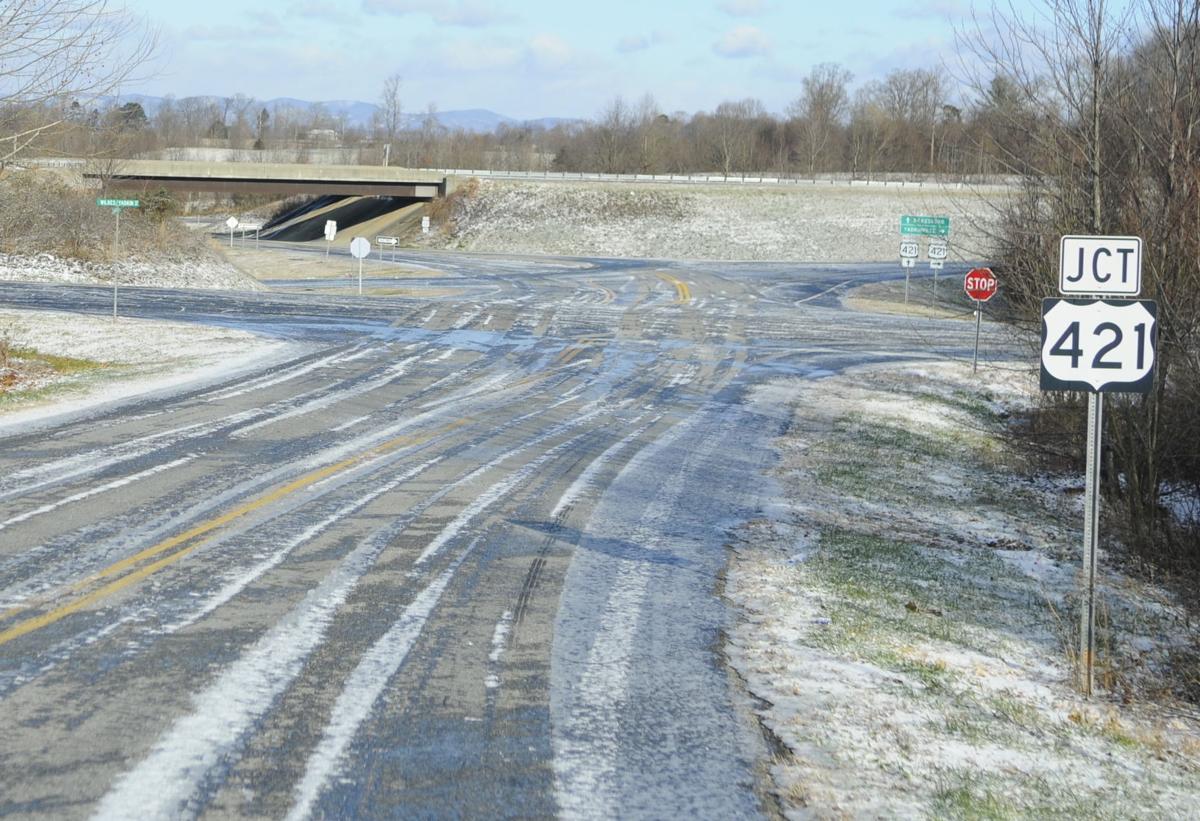 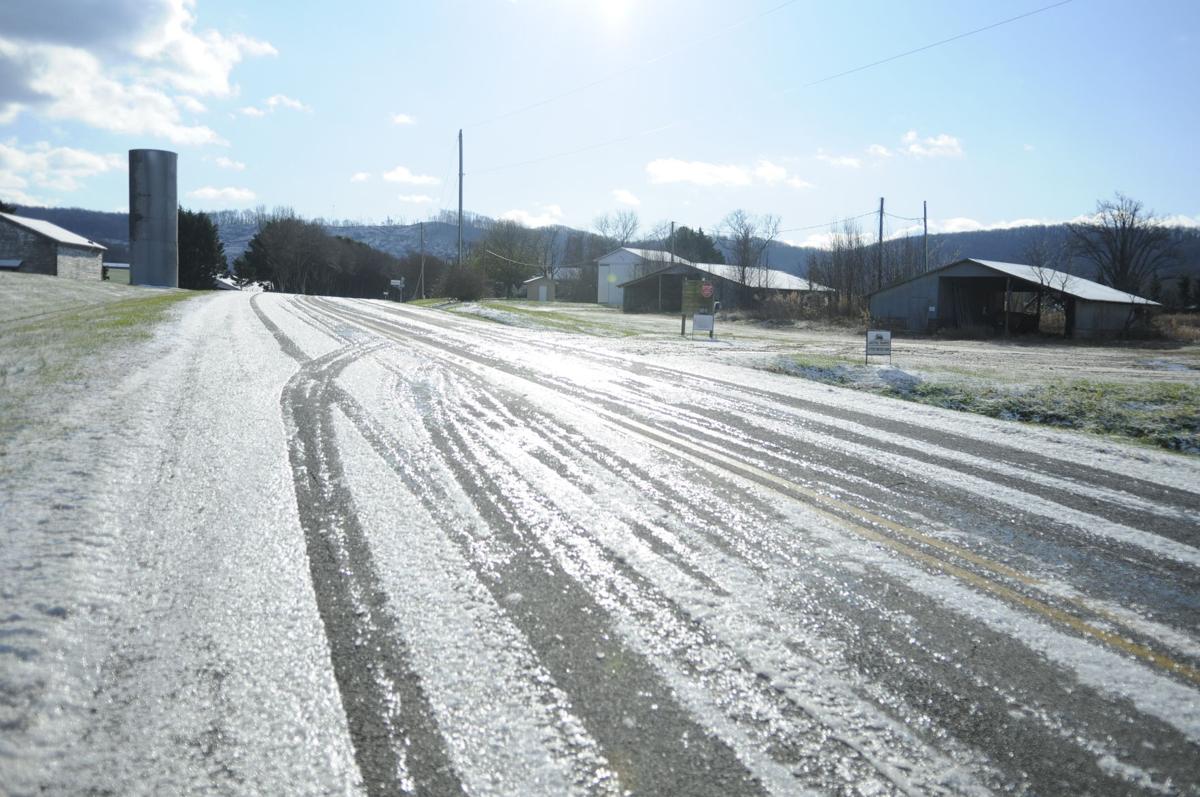 Mathis Farm Road in the Cranberry section of Roaring River is still partly iced over on the morning of Christmas Day. 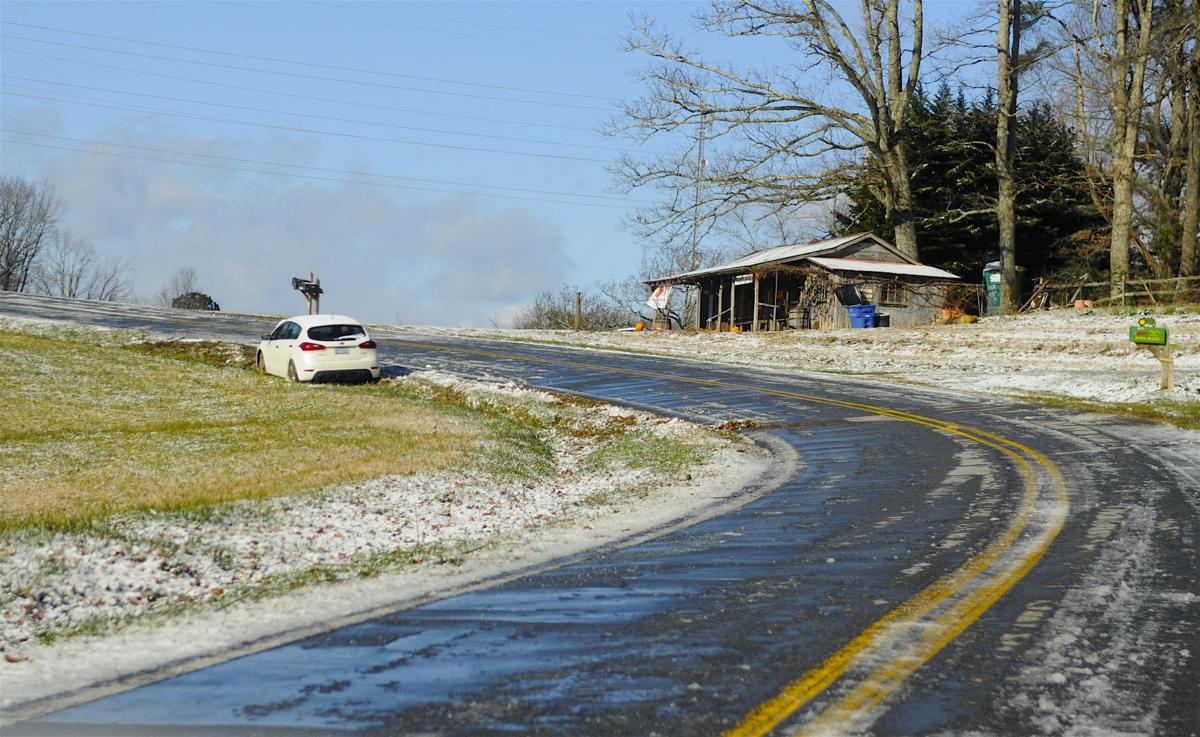 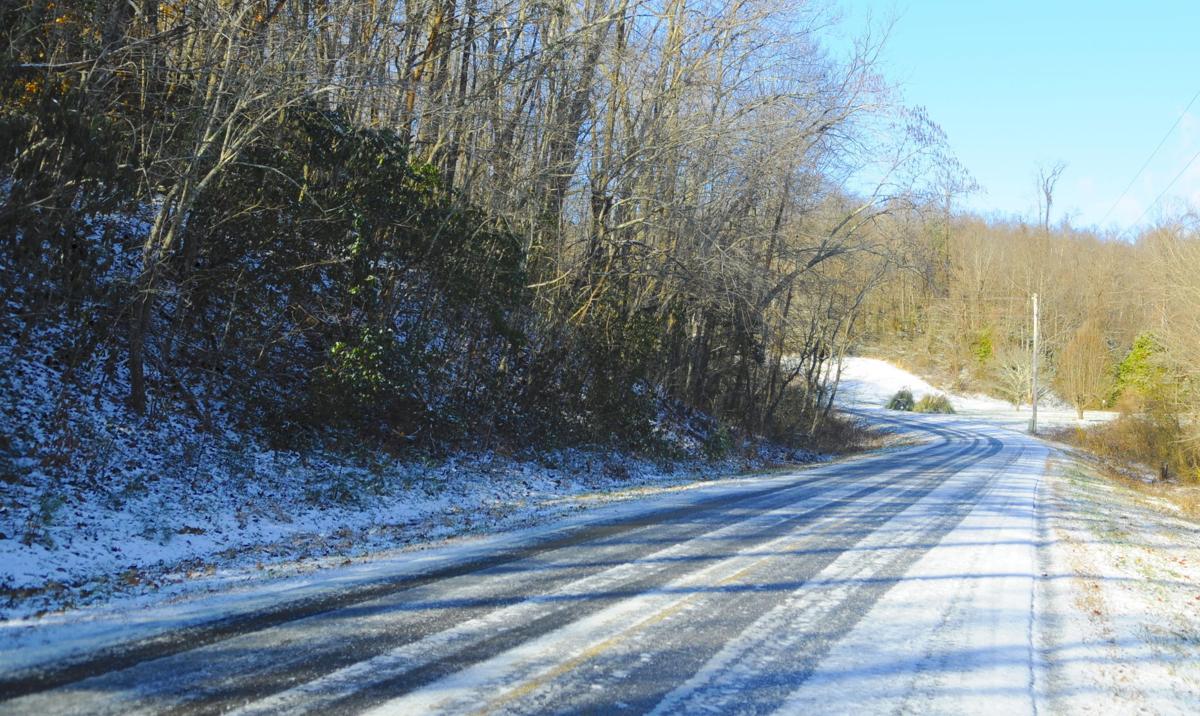 Mathis Farm Road in the Cranberry section of Roaring River is still partly iced over on the morning of Christmas Day.

Temperatures dropped to near freezing and rain changed to heavy wet snow Thursday night (Christmas Eve), resulting in about a dozen motor vehicle accidents on U.S. 421 East, N.C. 115 and nearby secondary roads in the Antioch and Cranberry communities.

No life-threatening injuries were reported, but emergency personnel were extremely busy for about two hours responding.

Few problems with snow and ice were reported in the rest of Wilkes County on Christmas Eve or Christmas Day. Except for the very highest elevations of Wilkes, snow was no more than an inch deep. Five or more inches of snow were reported in Ashe and Watauga counties.

Wilkes County's first snow-related wreck Christmas Eve occurred shortly after 9 p.m. on Speedway Road, about a mile east of the intersection of Speedway Road and N.C. 115. It was reported as a pin-in but actually a 19-year-old female passenger in the rear seat was unable to exit on her own due to a knee injury, said Broadway Fire Chief Tracy Brooks.

It was snowing heavily by 10 p.m. and multiple wrecks occurred around this time on U.S. 421, which was nearly covered in snow by 10:15 p.m. The Roaring River Fire Department responded to these, as well as when a car went over an embankment on the east side of Red, White and Blue Road.

Roaring River also responded when a truck and car collided on Berry’s Lane, which is near U.S. 421 East.

There also were wrecks on:

• Antioch Church Road, when a car ran off the road and ended up on its side;

• other wrecks on U.S. 421, with the last one around 11:30 p.m. Most were vehicles that slid off the roadway into ditches and against guardrails.

Around 2:45 p.m. Thursday, the Traphill, Austin, Ronda and Pleasant Hill fire departments were dispatched to assist with five-man search crews to look for a person in Stone Mountain State Park. It was raining then and temperatures were in the low 50s.

The search was cancelled about 30 minutes later when the person was located.

A few clouds from time to time. Low 24F. Winds light and variable.