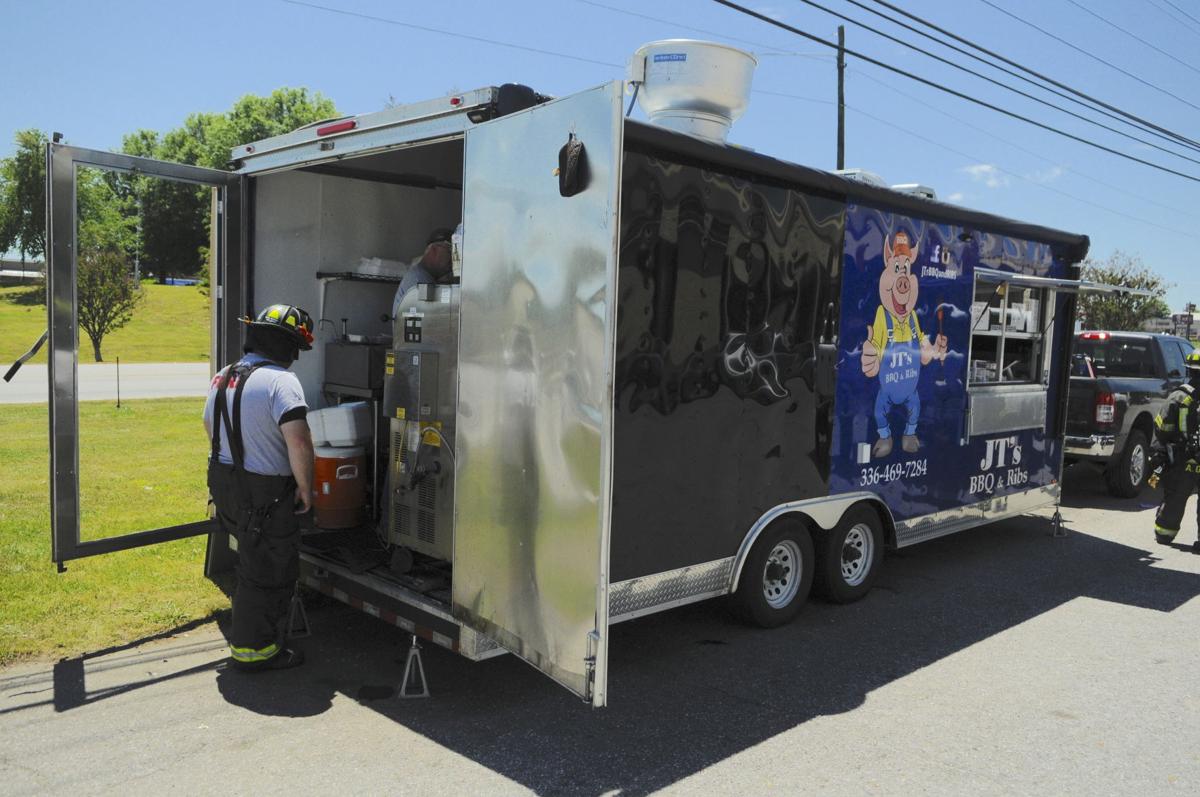 SMALL EXPLOSION blew the panel out of one of the rear doors (at far left) of the JT’s BBQ & Ribs food truck along U.S. 421 West in western Wilkesboro Friday afternoon. 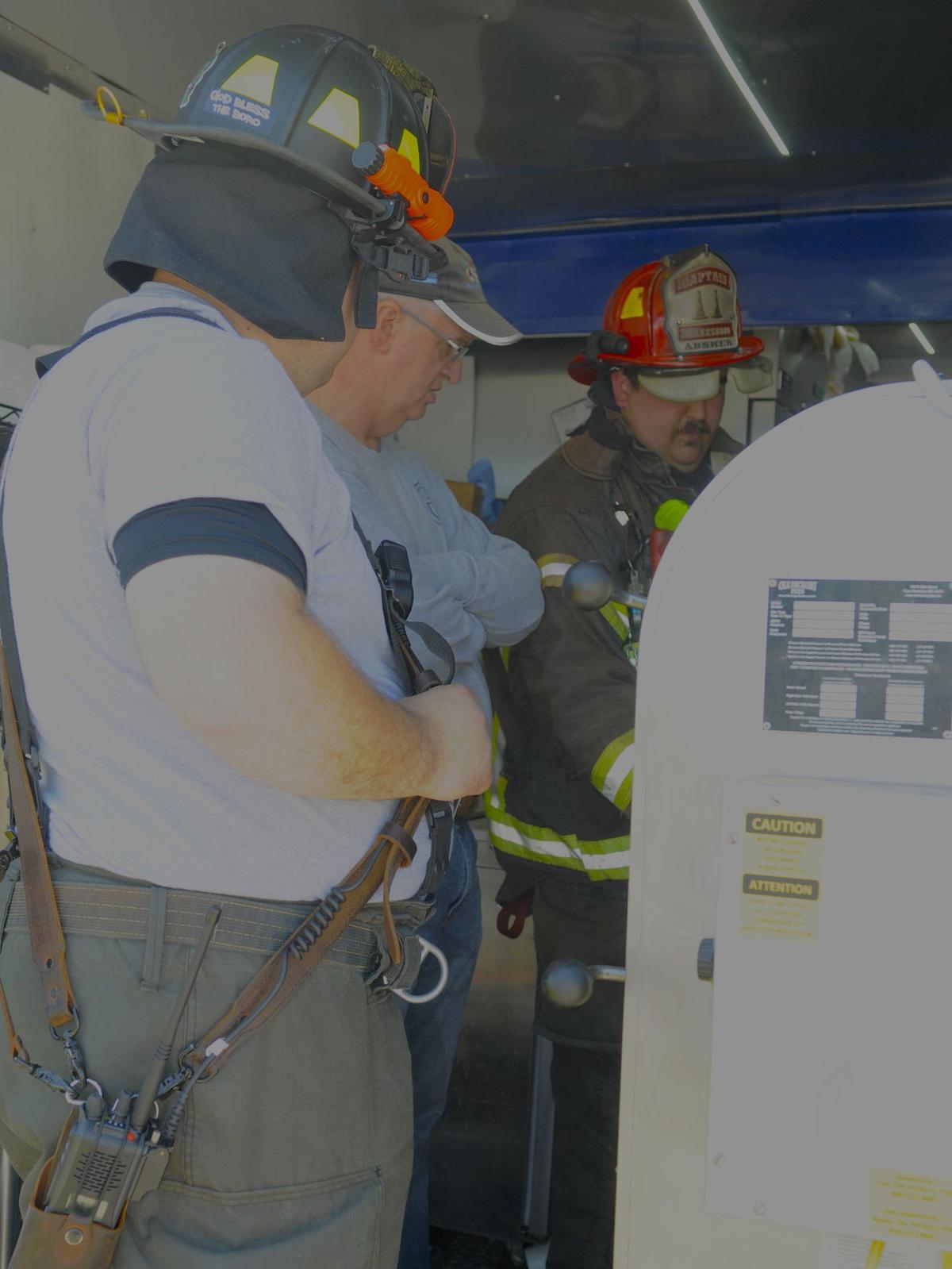 SMALL EXPLOSION blew the panel out of one of the rear doors (at far left) of the JT’s BBQ & Ribs food truck along U.S. 421 West in western Wilkesboro Friday afternoon.

The man was burned while standing near the lit grill of his JT’s BBQ & Ribs food truck, attached to a Dodge Ram 2500 pickup and parked in front of Burlington Shoes off U.S. 421 West.

He received minor burns on his legs, arms, face and on Sunday was resting at home and doing well, said his wife, Toni Hayes. She said her husband requested that his name not be published.

Wilkesboro Fire Chief Jason Smithey said the explosion was in the grill area near the rear of the trailer and caused flames to shoot up and burn the man.

The incident was dispatched by the Wilkes Communications Center as a propane gas tank explosion. Smithey said he wasn’t sure what exploded, but that it was not the gas tank. Located outside the front end of the trailer, the gas tank had no signs of damage.

Toni Hayes, also working in the food truck, said her husband was cooking burgers to fill an order when the explosion occurred and he was burned. It occurred about 2 p.m.

“It went boom, like a bomb went off,” she said, adding that she didn’t see flames shoot up. Two other people were working in the food truck and Smithey said one of them also was burned, but apparently not as much as the man at the grill.

In addition to other damage, a panel in one of the two rear doors of the 22-foot-long trailer was blown out. Smithey said Toni Hayes estimated about $5,000 in damage. He said they have insurance on the operation.

Toni Hayes said she and her husband began operating the food truck in July and have been in front of Burlington Shoes since September.

She said it’s their only source of income but that she didn’t want to reopen until she knew the cause of the accident to help make sure it didn’t happen again.

Generally sunny despite a few afternoon clouds. High near 90F. Winds WSW at 5 to 10 mph.

A few clouds. Low around 65F. Winds light and variable.

Partly to mostly cloudy skies with scattered thunderstorms before midnight. Low near 65F. Winds light and variable. Chance of rain 40%.