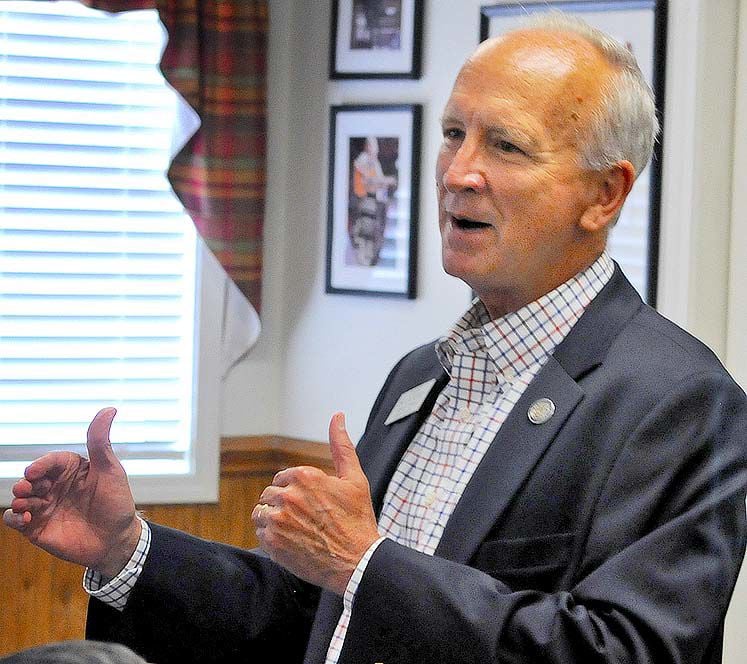 Senior Associate Justice Paul M. Newby was in Wilkes County Friday. The Republican jurist said his belief in judicial restraint differs him from the liberal activism of other members of the N.C. Supreme Court. 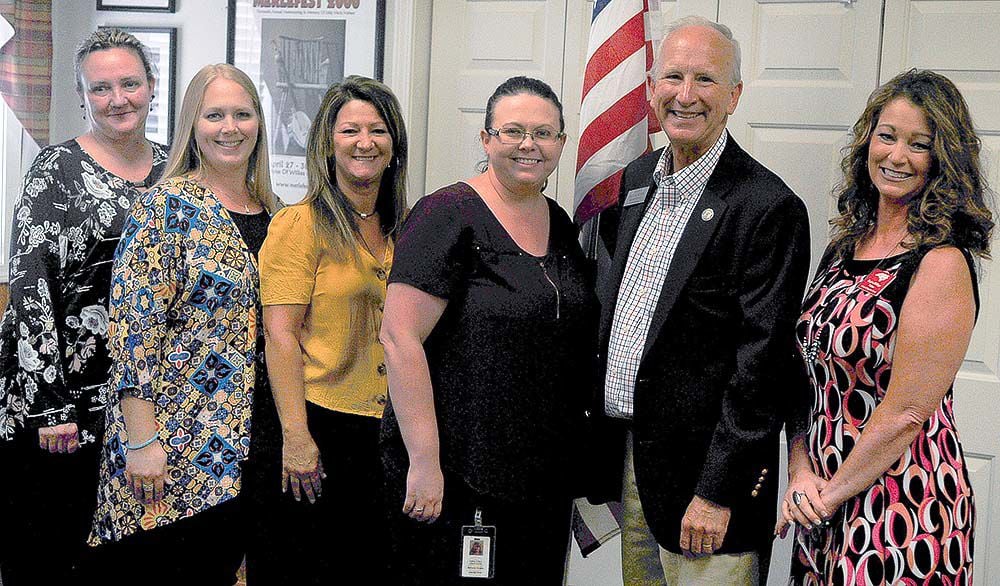 Senior Associate Justice Paul M. Newby was in Wilkes County Friday. The Republican jurist said his belief in judicial restraint differs him from the liberal activism of other members of the N.C. Supreme Court.

The lone Republican on the N.C. Supreme Court visited Wilkes County Friday in his campaign for chief justice and a third eight-year term in 2020.

Senior Associate Justice Paul M. Newby, 64, maintains that his belief in judicial restraint differs him from the liberal activism of the other members of the N.C. Supreme Court.

Chief justice and at least two associate justice seats will be on the ballot in November 2020. Filing for judicial seats in the 2020 election is Dec. 2-20.

Newby and his wife, Macon Newby, were accompanied by N.C. Sen. Deanna Ballard, R-Watauga, when he spoke at a lunch gathering at the Brushy Mountain Smokehouse Restaurant & Creamery in North Wilkesboro Friday.

Newby said in an interview afterward that he gets along well with other members of the high court, “but in terms of having someone with a very similar judicial philosophy, it’s challenging.”

He added, “You can go back and look at the (Supreme Court) decisions and see that my views on what the court should get involved in certainly differ from that of the majority of the justices.”

He said he supports enforcement of the Constitution as enacted by the people and of statutes as intended by the N.C. General Assembly.

For example, he said “law” was always interpreted to mean General Statutes passed by the General Assembly until recently. He said it has come to mean governor’s policy preferences, an interpretation he called a huge deviation from the historic understanding of “law.”

Newby also said he doesn’t believe in “legal gotchas,” but rather in technical merits of cases.

In his dissent in a child abuse case, Newby wrote that a child victim shouldn’t have to endure the emotional distress and indignities of another trial because of a purely legal technicality. He wrote. “It is this type of legal gamesmanship which leads to cynicism about whether justice prevails in our criminal justice system.”

Newby, first elected to the Supreme Court in 2004, teaches state constitutional law and current appellate issues as an adjunct professor at Campbell University. He co-authored “North Carolina State Constitution with History and Commentary,” used in courses focused on the N.C. Constitution.

Newby said he had what he thought and hoped was a good meeting with Cooper concerning his interest in being appointed chief justice to replace Martin. Cooper “said he wanted to take politics out of the court, but by his appointment didn’t. Not only did he not pick me, but he didn’t pick the senior member of his own party,” Associate Justice Robin Hudson.

Newby said it was an insult to the protocol of the court, referencing the tradition of governors naming the associate justice with the most seniority the chief justice when the position is vacant.

Tradition was broken at least once before when Gov. James G. Martin appointed Associate Justice Rhoda B. Billings, a Republican and Wilkes County native, as chief justice over Associate Justice James G. Exum Jr., a Democrat and Billings’ senior on the court.

Political affiliation of judicial candidates wasn’t on ballots when Newby ran in 2004 and 2012, but will be on them in 2020 as a result of a state law enacted by the GOP-led legislature in 2016.

He said including a judicial candidate’s party affiliation better informs voters and results in more people voting in judicial races. “I would argue that there is an alignment, a perfect alignment,” between judicial philosophy and political affiliation,” said Newby.

A person only needs a law degree to run for election to any North Carolina judicial position—and this wasn’t required until the early 1970s.

Newby said that if the system “was starting with a clean slate,” he would favor requiring that people have to practice law for at least eight years before running for District Court judge, 12 years for Superior Court judge, 15 years for N.C. Court of Appeals and 20 years for N.C. Supreme Court.

“There is no better experience for being a judge than being a lawyer in the trenches…. The more you’ve done something, the more you’re able to look at it from a broad perspective and you’re able to make constructive changes.”

He said notable cases coming before the Supreme Court soon include those involving Congressional District gerrymandering; the Racial Justice Act; a case involving release of names of people accused of sexual assault in university rather than criminal proceedings; convicted criminals and their rights with double jeopardy and also with confirming a witness and satellite-based monitoring,

He began his law practice in Asheville and later served as an assistant U.S. attorney in Raleigh for over 19 years.

Newby is an Eagle Scout, scoutmaster emeritus and board member of Occoneechee Council. He received the Heroism Award for rescuing nine people from a riptide, the Silver Beaver Award and was named “Scouter of the Year” for his coordination of Scouting’s statewide Report to the State in 2010.

He is married, has four children and is an elder and Sunday school teacher at Christ Baptist Church in Raleigh.