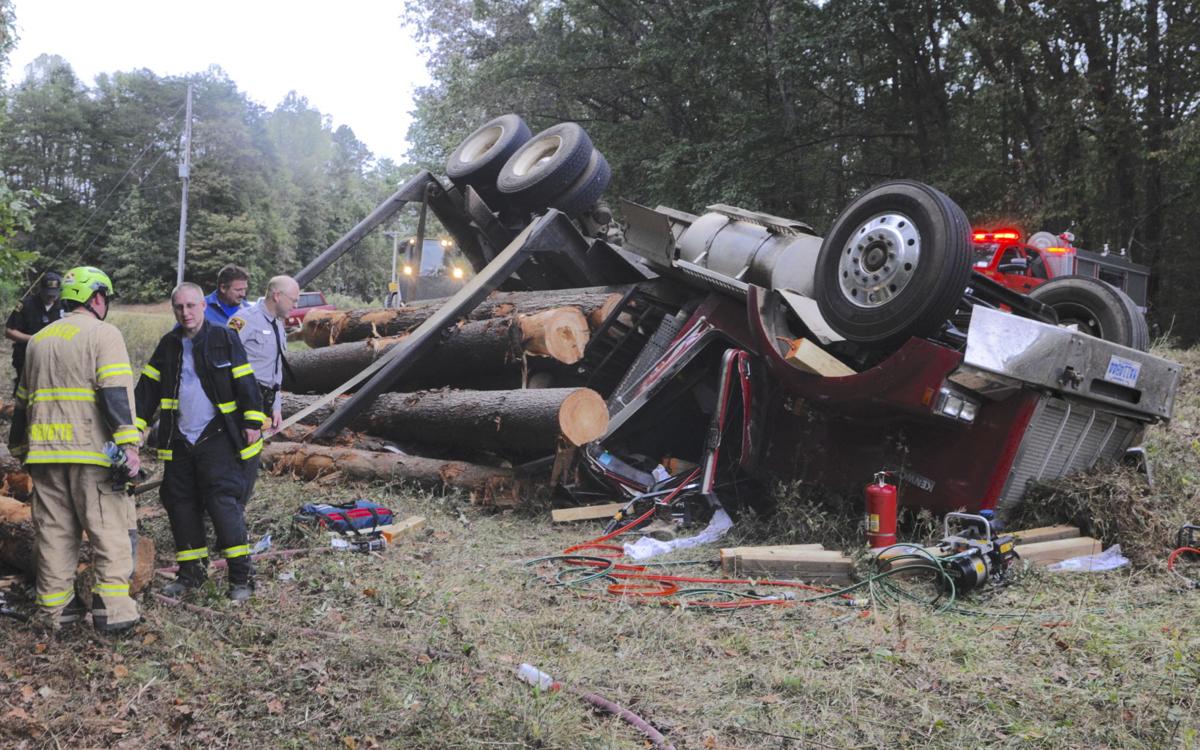 LOGGING TRUCK wrecked on Bethel Road near the intersection of Bethel and Clingman roads near Ronda Tuesday morning, leaving the driver trapped in the cab. He was freed by emergency personnel. 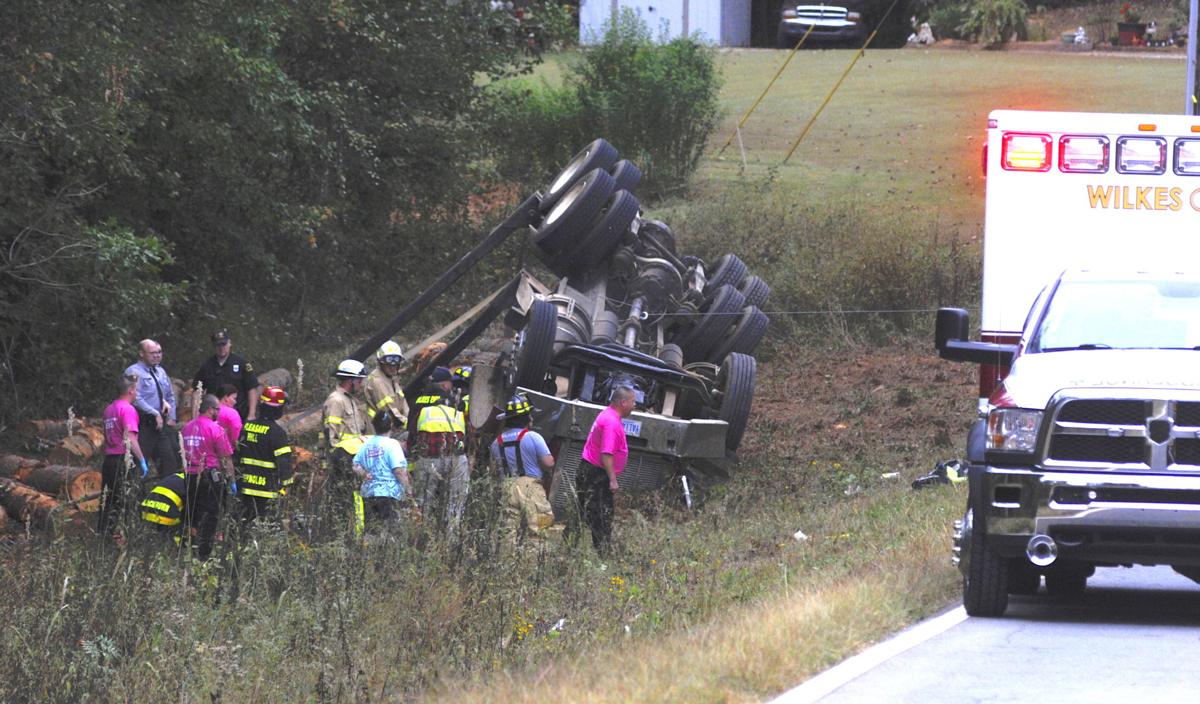 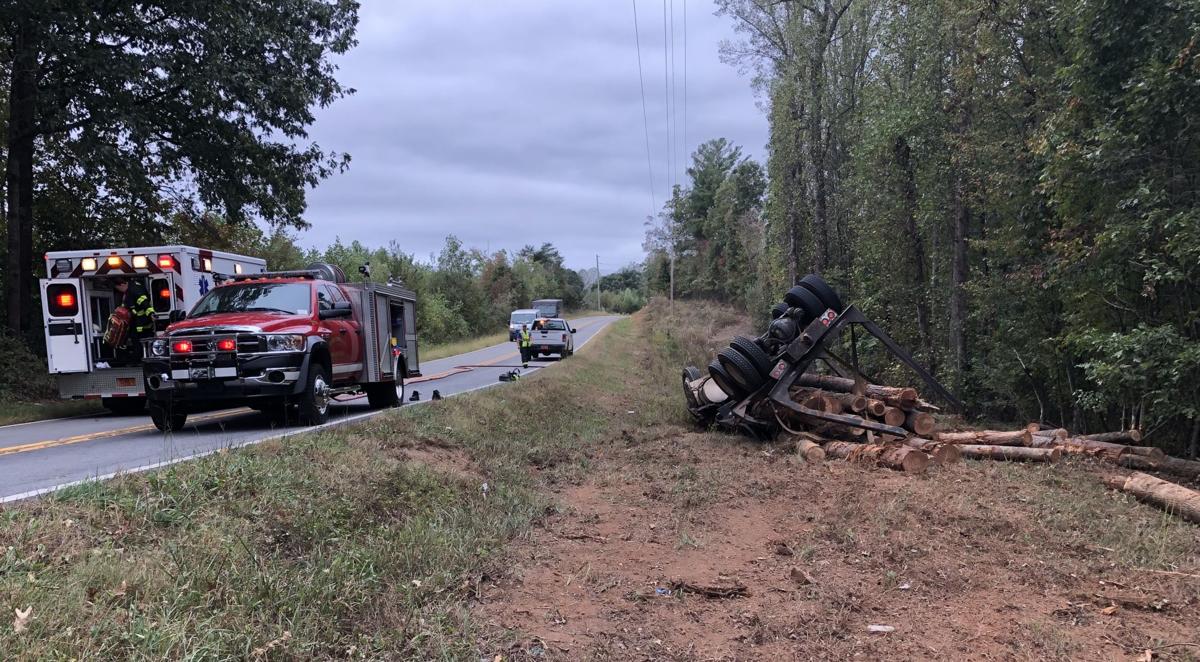 LOGGING TRUCK wrecked on Bethel Road near the intersection of Bethel and Clingman roads near Ronda Tuesday morning, leaving the driver trapped in the cab. He was freed by emergency personnel.

A logging truck overturned, injuring the driver, Tuesday morning on Bethel Road in the Clingman community about a mile and a half south of Ronda, according to Trooper Josh Cockerham of the N.C. Highway Patrol.

Rodney Moore, 58, driving a 1999 Kenworth and trailer loaded with white pine logs, was taken by Wilkes Emergency Medical Services to a designated landing site in a ball field next to the Clingman Community Center.

An AirCare helicopter landed there and flew Moore to Wake Forest Baptist Medical Center in Winston-Salem. Details on Moore’s condition weren’t available, but his injuries didn’t appear to be life-threatening.

Moore was westbound in a curve about 10:30 a.m. when the logging truck went off on the right and overturned. He was freed from the cab after a 50-minute extrication, said Ronda Fire Chief Bruce Byrd. Members of the Ronda and Pleasant Hill fire departments, Wilkes Rescue Squad and Wilkes EMS were involved.

An inscription on the driver's door of the truck identified it as belonging to Melvin Moore Logging of Wilkesboro. Logs spilled from the back of the truck.

Cockerham said Moore was charged with failure to maintain lane control. The wreck occurred less than a mile from the intersection of Bethel and Clingman roads.

Cloudy with periods of rain. Low 43F. Winds light and variable. Chance of rain 100%. Rainfall around a half an inch.

When you’re looking for something fun to do each week, check our curated guide to what’s going on in Wilkes County and the area from Feb. 21-Feb. 25.