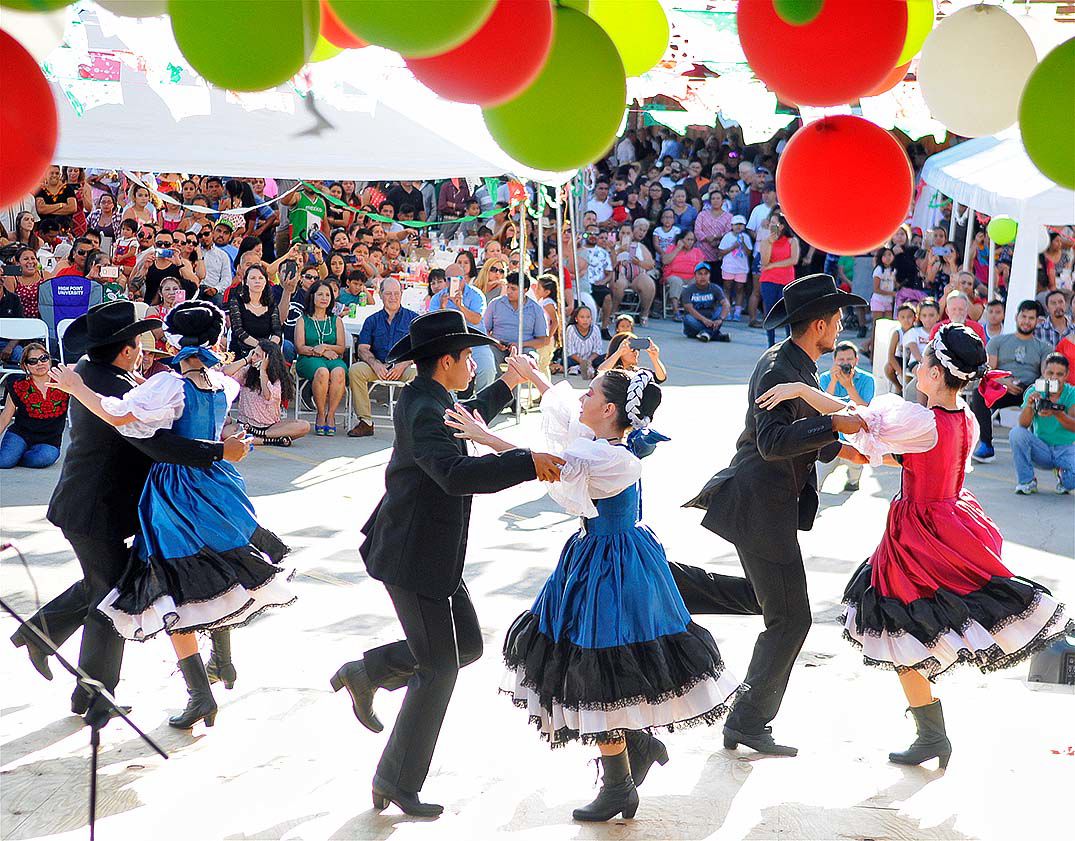 TRADITIONAL food, music and dance from Mexico and other Latin American countries were celebrated at Fiesta Mexicana Sunday, which also marked Mexican Independence Day. Mexican Tradition from Asheboro is performing on stage. 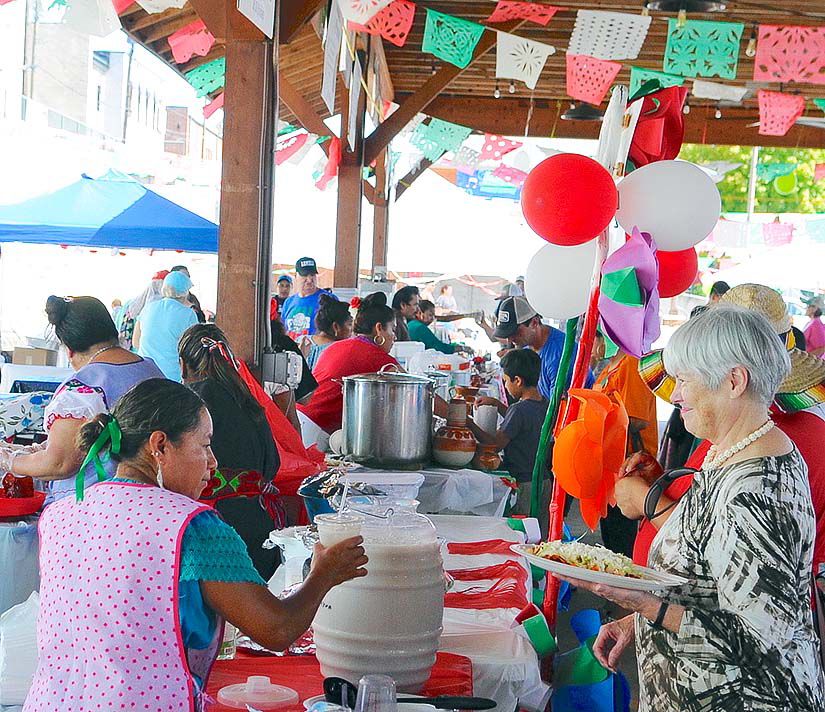 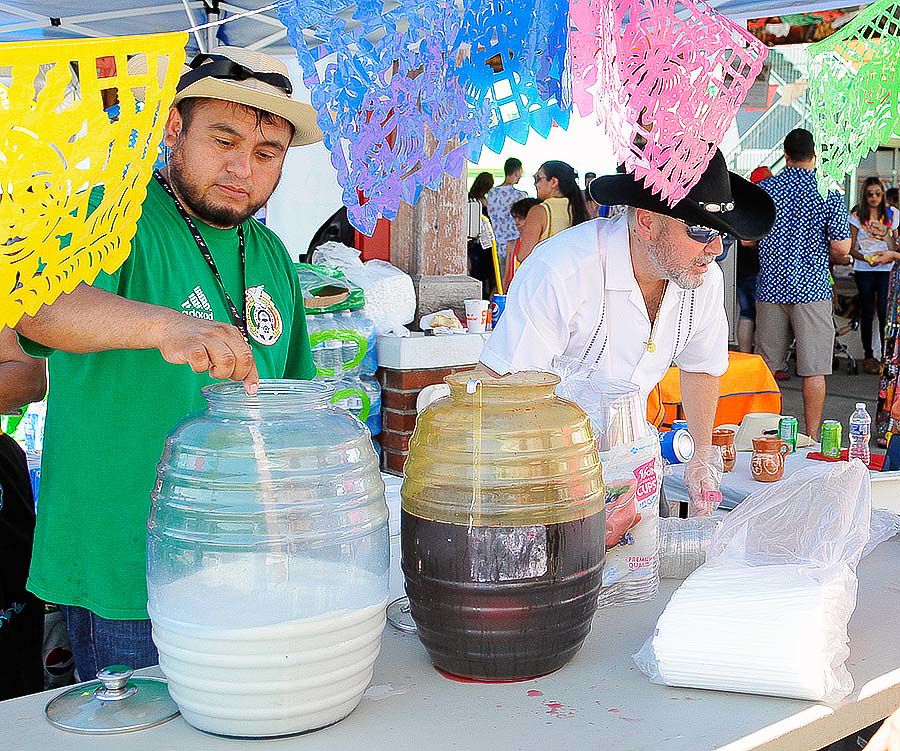 HORCHATA AND JAMAICA, two traditional Mexican drinks, are sold at Fiesta Mexicana. Horchata is a sweet rice milk beverage and Jamaica is made with hibiscus. 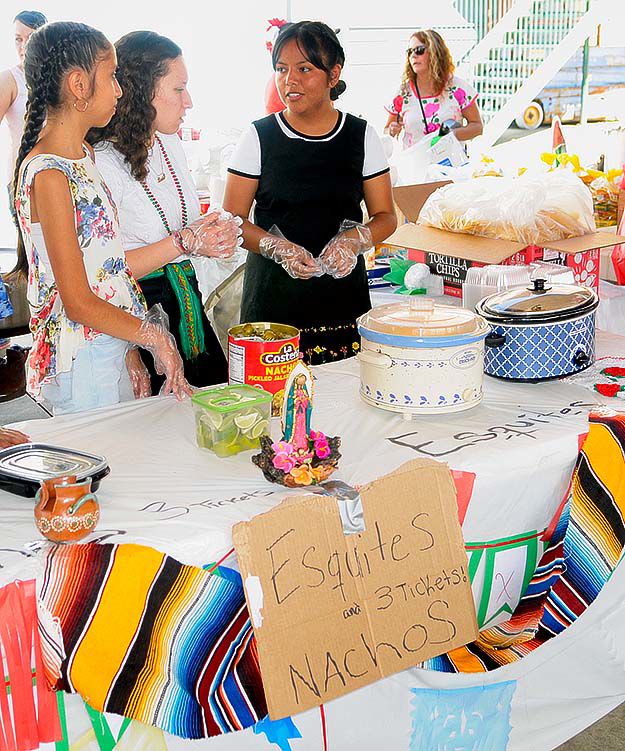 ESQUITES AND NACHOS were among foods sold at the Yadkin Valley Markeplace during Fiesta Mexicana. Esquites is sweet corn mixed with mayonaise and other flavoring.

TRADITIONAL food, music and dance from Mexico and other Latin American countries were celebrated at Fiesta Mexicana Sunday, which also marked Mexican Independence Day. Mexican Tradition from Asheboro is performing on stage.

CORRECTION: An earlier version of this article incorrectly said the Town of North Wilkesboro spent over $8,000 on Fiesta Mexicana. The story now correctly says $800. The town's sponsorship included paying for one band, two print ads, a radio ad and manpower to set up, clean afterwards and provide safety.

The inaugural Fiesta Mexicana, an observance of Mexican Independence Day, drew about 2,000 people to the Yadkin Valley Marketplace in downtown North Wilkesboro Sunday.

The event, from noon to about 8 p.m., was also a celebration of traditional Latino music, dance and food.

Latino cuisine was for sale at about 20 tables and live performances were on stage starting about 5:30 p.m. The event ended with a band playing dance music for the crowd.

Featured were Mexican Tradition, a dance group from Asheboro; Las Rosas, a group of young dancers from a church in Boone; the Charlotte-based band, Chocala; and others.

Cuauhtemol Herrejon, Hispanic ministry coordinator at St. John’s Catholic Church in North Wilkesboro, was director of the event. The Town of North Wilkesboro was the host and spent over $800 to secure some of the entertainment and promote the event.

“St. John’s and their congregation did a great job with this event and with outreach into the community and surrounding counties. I know residents from many different cultural backgrounds attended,” said Crystal Keener, North Wilkesboro tourism director and Downtown North Wilkesboro Partnership director.

This revolutionary tract called for the end of Spanish rule in Mexico, redistribution of land and racial equality.

Hidalgo was eventually defeated, captured and executed, but he was followed by a series of peasant leaders who led armies of native and racially mixed forces against the Spanish and Royalists for over a decade until independence was won.

Wilkes county will be indistinguishable from the third world within the next twenty years.

Cloudy with periods of rain. High around 45F. Winds light and variable. Chance of rain 100%. Rainfall possibly over one inch.