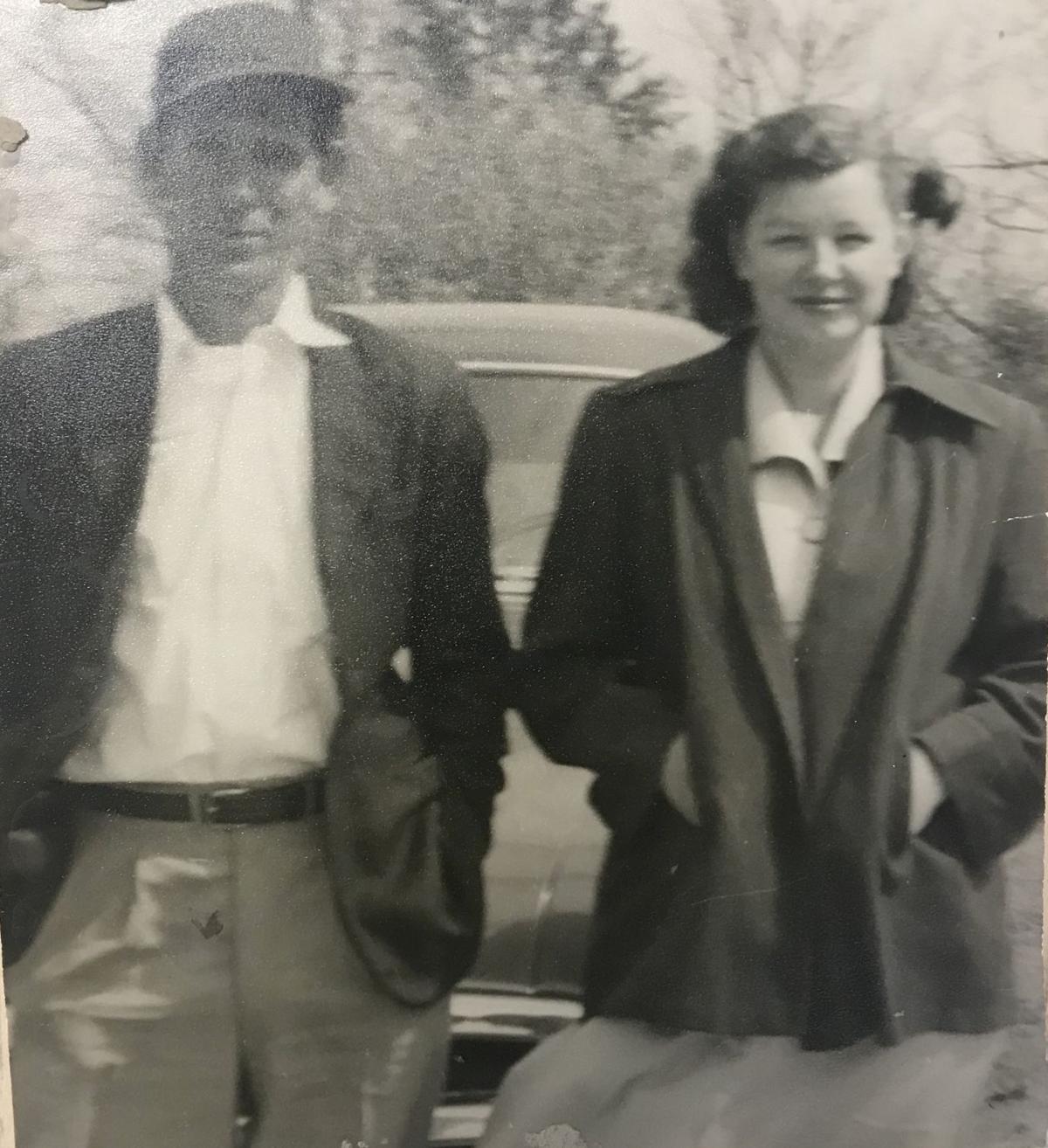 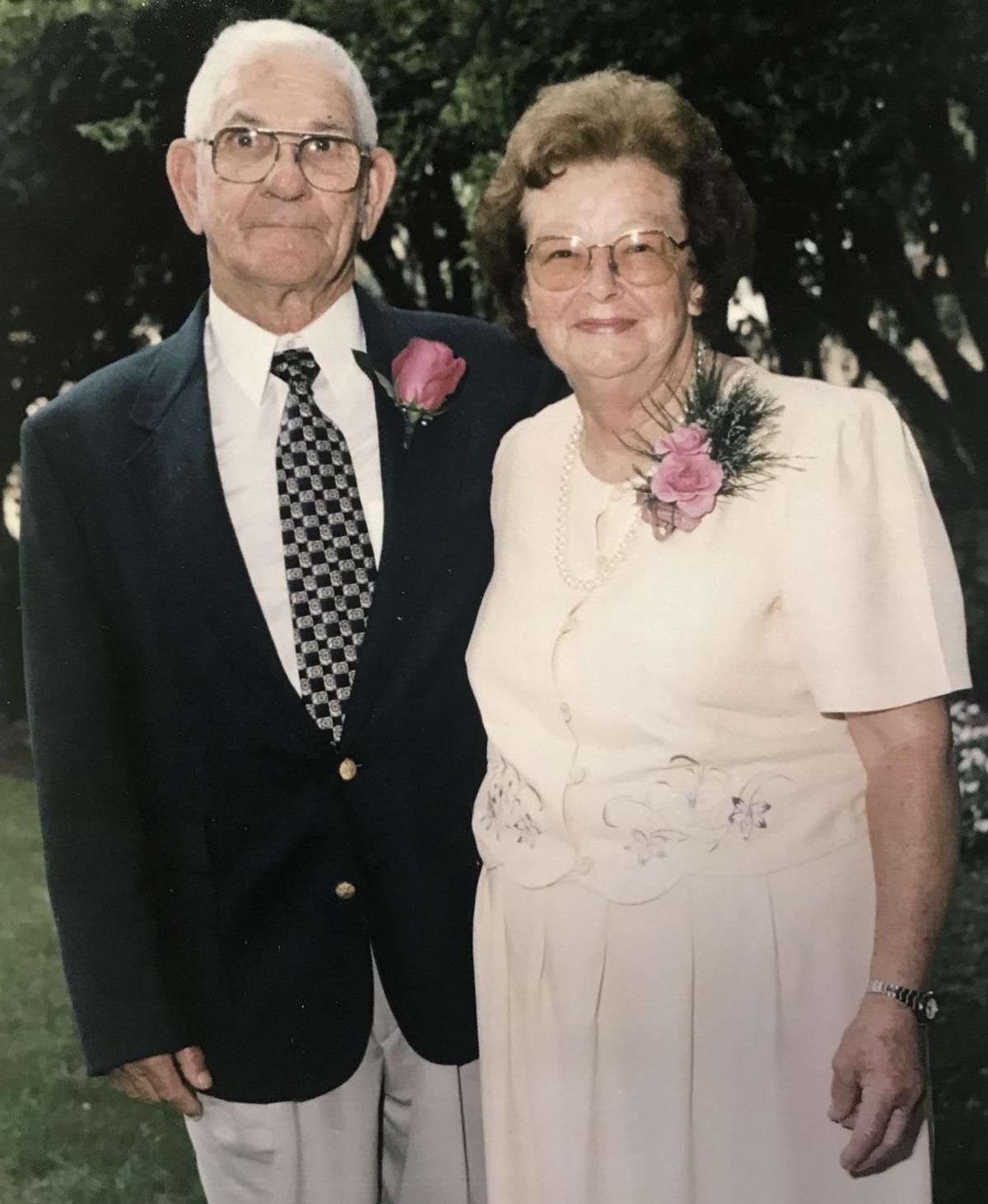 EDITOR’S NOTE: Organizers of the Brushy Mountain Peach & Heritage Festival honored the late Frank F. and Mae Winebarger Baity of the Brushy Mountain community by naming them marshals for this year’s festival. The event is from 9 a.m. 5 p.m. Saturday, July 31, in the Carolina West Wireless Community Commons and on North Bridge Street in downtown Wilkesboro. Family members of the Baitys prepared this article.

Frank F. Baity was born Aug. 7, 1925, to Paul and Pearlie Baity at the family home on Bethany Church Road on the Brushies. He was the youngest of eight children. His family, as well as generations of his family before him, were orchardists on the Brushies. As a child, he spent his days running through rows of apple trees, learning how to care for an orchard and attending Mountain Crest School on the Brushies.

As a young man, Frank had a new truck and a white horse. He often used his truck to take friends to the movies in North Wilkesboro and rode his horse to visit neighbors in the Brushy Mountain community, which is how he met his wife of 53 years, Mae Winebarger Baity.

Mae born Feb. 7, 1930, in Todd, a community on the Ashe-Watauga county line. She later moved to the Brushy Mountain community with her family. Mae first saw Frank riding a white horse as she played a game of softball in her yard with her siblings.

After a courtship, she became his love, his wife and his partner in the orchard business. They married in 1947, and after visiting his brother in Gibsonville for their honeymoon, they immediately started working together on 30-acres to become successful orchardists.

After harsh weather killed their entire apple crop in 1955, they temporarily moved with their three oldest daughters to Union Grove for one year to raise a tobacco crop.

In 1956, Mae and Frank moved back to the Brushies and purchased the Wayne Hendren property on Bethany Church Road.

They resided on that property until they built their home at 716 Bethany Church Road in 1963, eventually owning around 100-acres, sixty of which were in orchard. They attended New Hope Baptist Church, cultivated about 600-800 trees of apples and peaches, and raised their family of four daughters, Joyce, Debbie, Cathy, and Donna, in the Brushy Mountain community.

After suffering a back injury that limited his ability to work in the orchards, Frank began working as the manager of the Brushy Mountain Apple Co-op. Mae took on the main responsibilities of tending the apples and peaches. Later, Frank desired to be more directly involved in supporting local growers so he started his own business, Farmers Wholesale, where he supplied apple and peach trees, fertilizer and other chemicals growers needed. In running Farmers Wholesale, his number one priority was to support other orchardists with affordable prices. To keep prices as low as possible, he often worked 12-hour days in the store and drove his delivery truck to Virginia, Tennessee and South Carolina to obtain fertilizer directly from the suppliers to cut out delivery costs. Having experienced the hardships of being an orchardist himself, Frank was generous and extended long lines of credit to help people get the supplies they needed, even if they could not pay until their crop came in.

To manage the many demands of running a large orchard, Frank and Mae leased several acres of their original apple orchard over the years before eventually selling all of the apple orchard. Mae continued over the years to maintain about six acres of peaches, nectarines and different vegetables from her large garden, always sharing her abundant crops graciously with neighbors and friends. Mae was featured in the Wilkes Journal-Patriot in 1981, showcasing her clingstone and freestone peaches from that season. The freestone peach was Mae’s favorite peach to harvest. She always said they were the best for canning and making pies. Aside from maintaining her orchard, garden and beautiful flowers, she also worked in child nutrition for the Wilkes County Schools from 1974-1994.

Mae and Frank were humble and hard-working people. They were incredibly proud to be orchardists and residents of the Brushy Mountain community.

Many members of their family are still living out their own heritage on the Brushies.

The Baity family wishes to extend utmost gratitude to members of the Brushy Mountain Community Center and its board members for honoring the memory of Mae and Frank as grand marshals of the second annual Brushy Mountain Peach & Heritage Festival.

Mae and Frank would both be excited to know orchardists are still thriving on the Brushies.

Chance of an isolated thunderstorm in the evening, then variable clouds overnight with more showers at times. Low 63F. Winds light and variable. Chance of rain 50%.

Scattered thunderstorms in the evening, then variable clouds overnight with more showers at times. Low 62F. Winds light and variable. Chance of rain 50%.