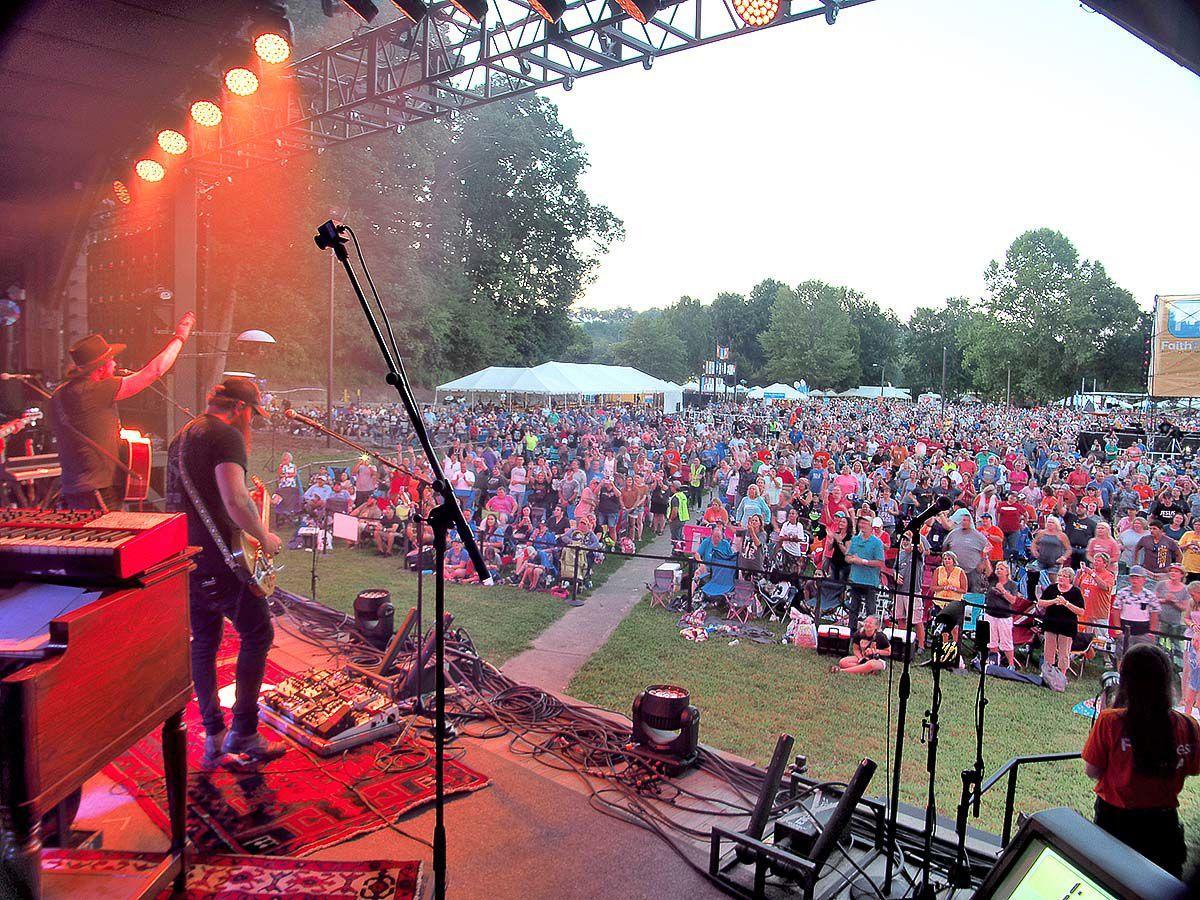 CROWD ESTIMATED at 20,000 turned out Saturday for the third-annual FaithFest on the lower campus of Wilkes Community College in Wilkesboro. Zach Williams, far left, performs with his band. 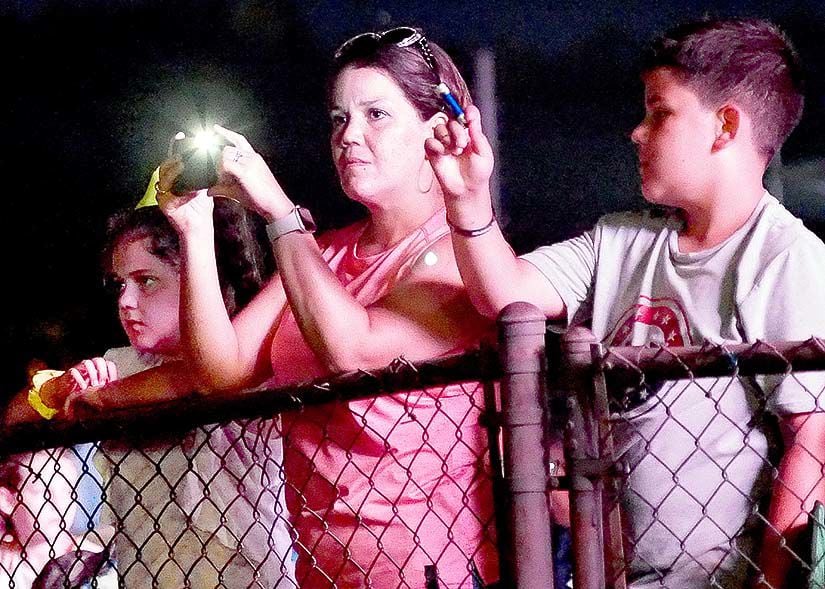 FAITHFEST 2019 featured a fully-engaged audience, which included the three pictured above taking in the Selah show on the Cabin Stage. 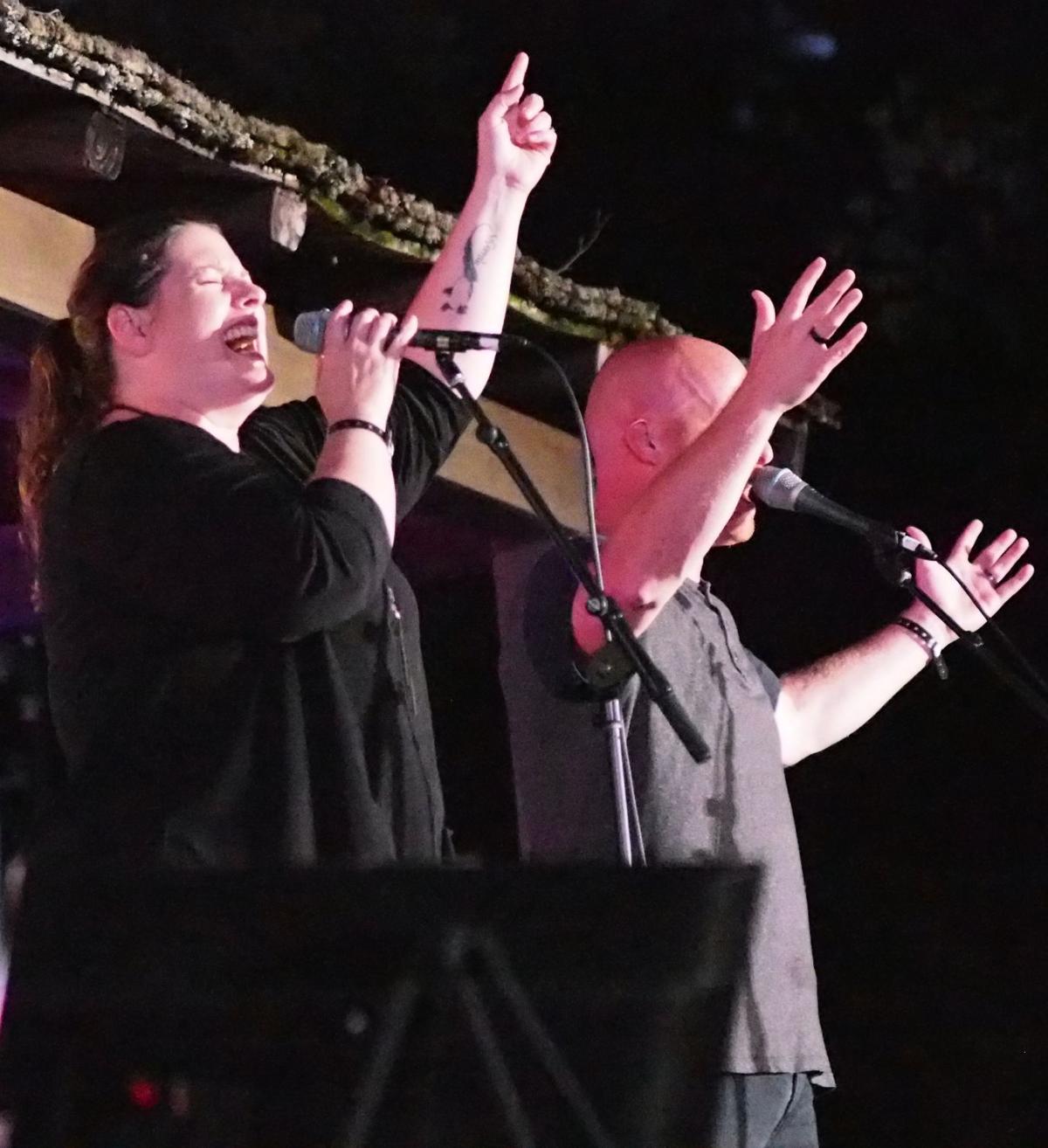 Amy Perry and Todd Smith, vocalists for the group Selah, sing on the Cabin Stage during FaithFest 2019. 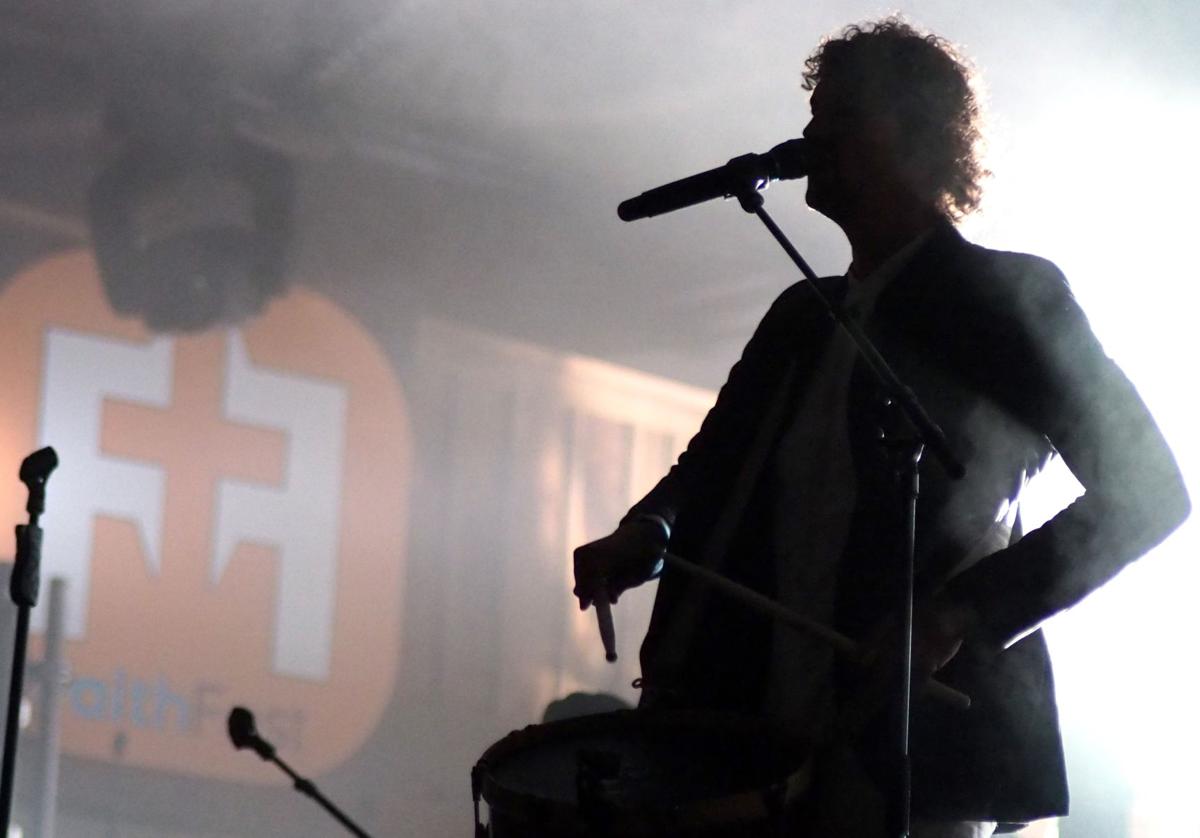 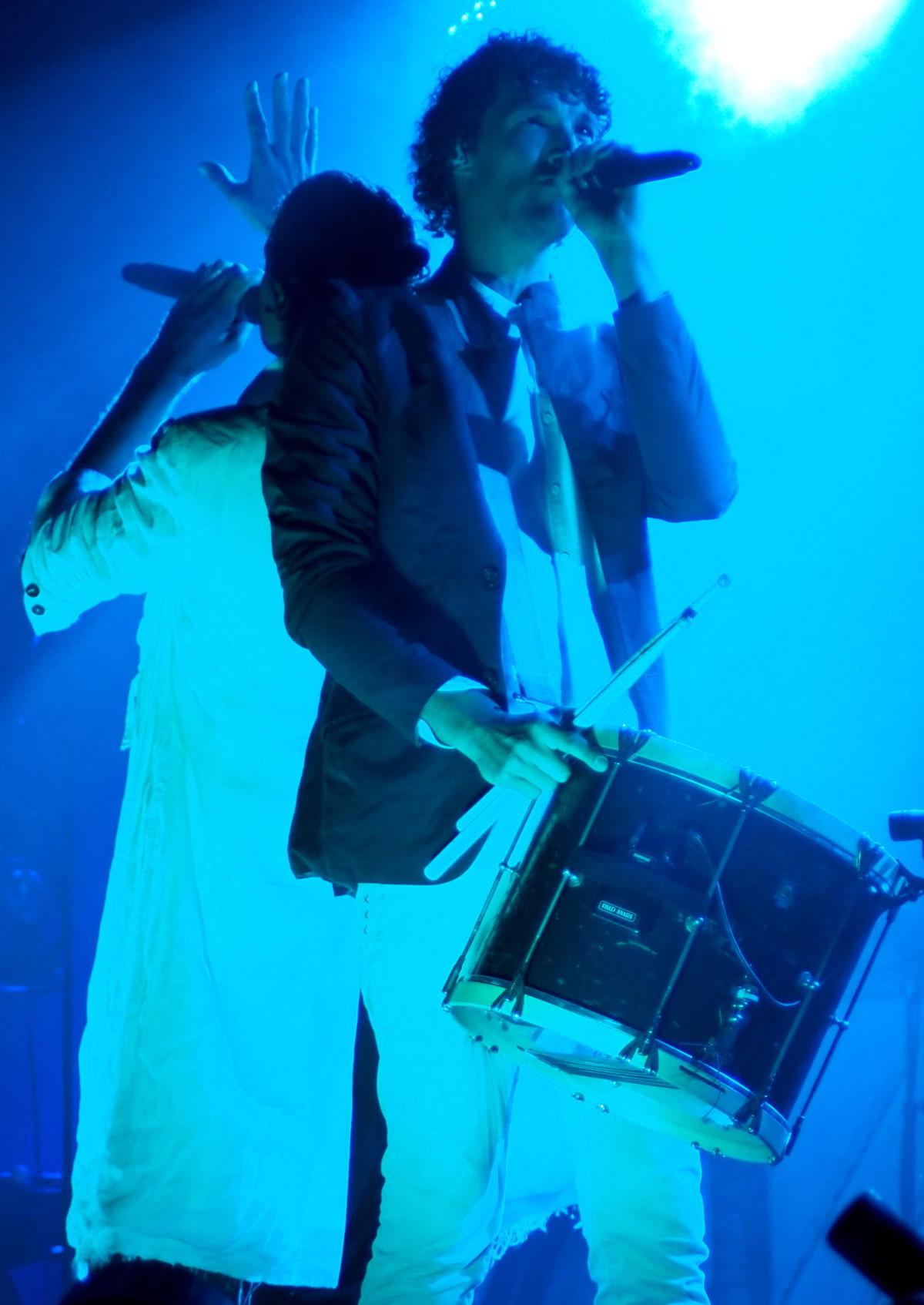 Brothers Joel and Luke Smallbone are the backbone of the group For King & Country, headliners of FaithFest 2019. 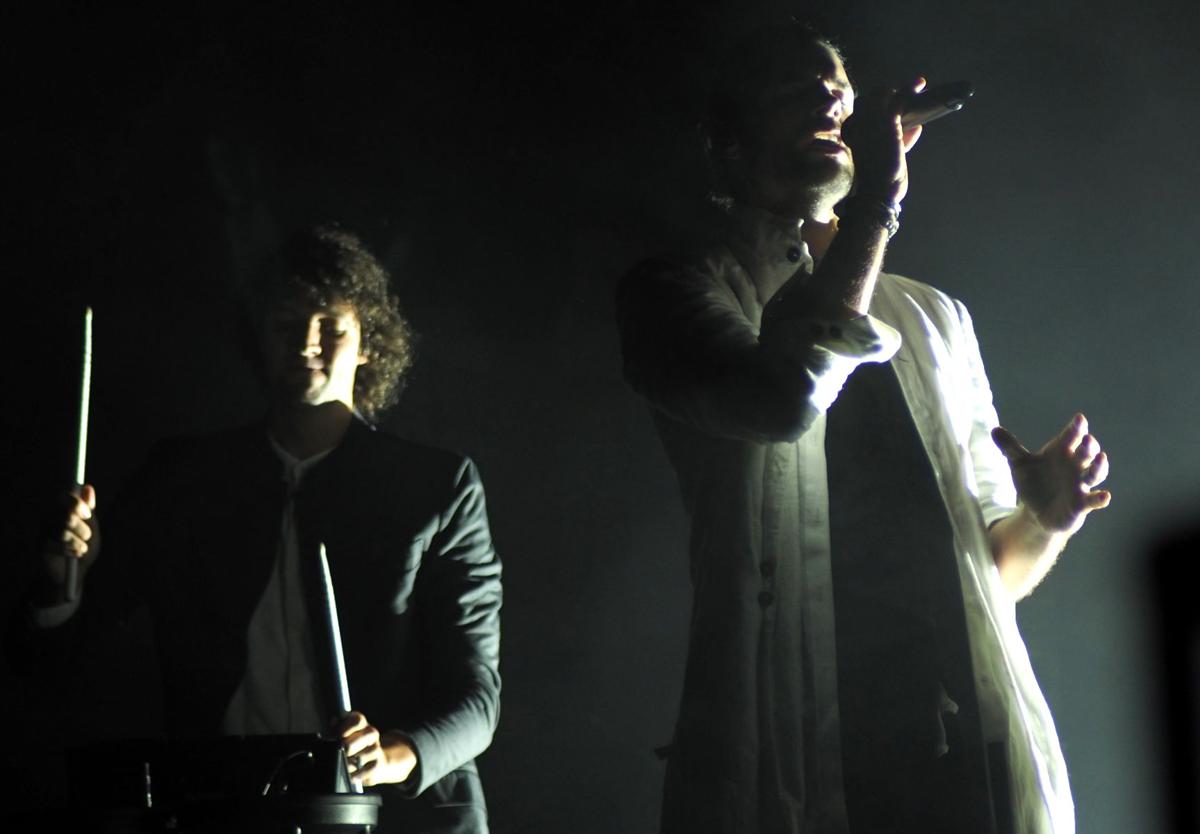 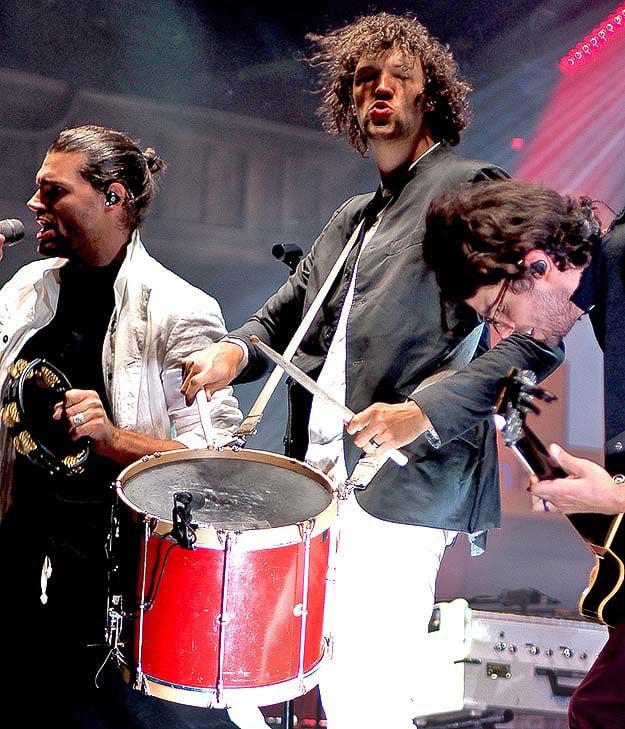 FOR KING & COUNTRY ended the FaithFest festival with a set on the main stage. Left to right, band members Joel Smallbone, Luke Smallbone and Blake Kanika jam while playing one of their hits. 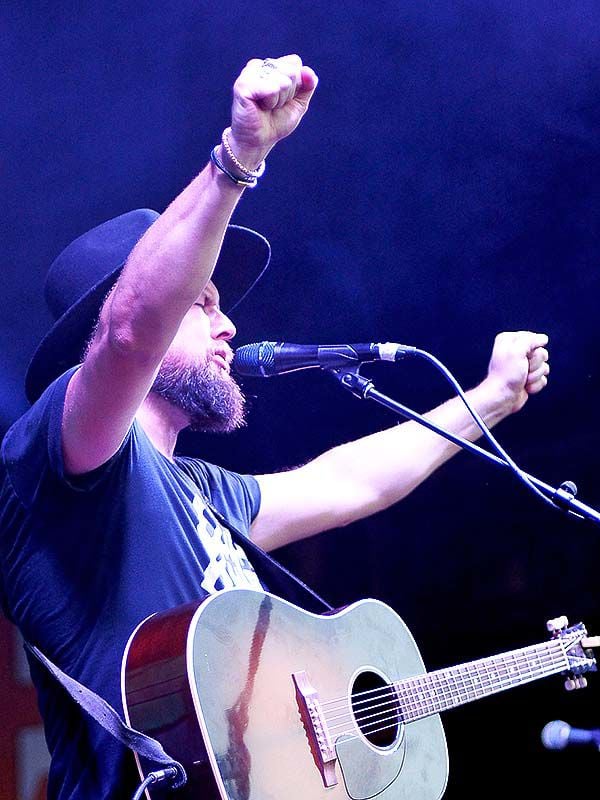 CROWD ESTIMATED at 20,000 turned out Saturday for the third-annual FaithFest on the lower campus of Wilkes Community College in Wilkesboro. Zach Williams, far left, performs with his band.

FAITHFEST 2019 featured a fully-engaged audience, which included the three pictured above taking in the Selah show on the Cabin Stage.

Amy Perry and Todd Smith, vocalists for the group Selah, sing on the Cabin Stage during FaithFest 2019.

Brothers Joel and Luke Smallbone are the backbone of the group For King & Country, headliners of FaithFest 2019.

An estimated 20,000 people experienced a day of Christian music, testimony and evangelism Saturday at the third-annual FaithFest on the lower campus of Wilkes Community College in Wilkesboro.

Attendance appeared to be about the same as last year and double the turnout for the first FaithFest in 2017. It was again hosted and organized by Wilkesboro-based Craig Church Ministries, a nonprofit evangelical organization.

LeAnn Crawford, Rhett Walker Band and Selah played sets on the Cabin Stage. Following Selah, and before For Kind & Country took the main stage for the energetic, light-dazzling final act, evangelist Neil Hatfield preached. Several in the crowd responded to the call for salvation by holding up cell-phone flashlights.

Festival founder and director Craig Church said Monday about this year’s event, “The only words I have to say are, ‘It was a miracle.’ Only God could bring that many people, bands, volunteers and partners together to touch so many lives, on a single day.”

Always the last Saturday in August, this year’s FaithFest fell on Labor Day weekend for the first time. Church said he and organizers were “overwhelmed with the size of the crowd. I am sure we lost some people due to the holiday, but likewise, we appeared to gain even more.”

He added, “We are hopeful that those who couldn’t attend this year will be back in 2020. It is amazing what God has done in just three years.”

FaithFest 2020 is set for Aug. 29. Church said names of 2020 artists will be announced in stages leading up to the festival.

Church opened up the possibility of a multi-day festival when he stated on the FaithFest Facebook page Saturday night, “I pray we’ll go multiple days. We’ll have 100,000 people come through Wilkes County on a given weekend to gather together to worship the King of Kings, get in His presence and forever be changed.”

Church said he had no way of knowing an exact attendance total Saturday because so many tickets were given away. Children 12 and under were admitted free, as were all Wilkes high school students. Others admitted free were volunteers, stage setup crews, artist guests, partners, food and ministry vendors, grounds staff, Wilkes emergency response and fire department personnel, special-needs families, media and others.

“I am humbled and blessed to be a small part of an event like FaithFest,” continued Church. “First, I want to thank the Lord for doing exceedingly, abundantly, above all that we asked. God uses an army to make FaithFest such a great event.”

Church went on to thank the festival’s coordinator, who is his daughter, Taylor Church Baker, and committee members who he said work tirelessly year-round. He also thanked partners who “give sacrificially to make it happen, our lead coordinators, and all of our volunteers who give countless hours of their time to glorify Jesus.”

He recognized WCC, the Town of Wilkesboro, Wilkesboro Mayor Mike Inscore, his “right-hand man” Tim Adams and a support team that handles social media, printing, graphic design and advertising, as well as the people who attend FaithFest.

Church said the challenge is the logistics of accommodating all the people who take part in the festival. “We are representing the King of Kings and we try to do the best we can to represent Him well. We ask that people pray for us as we decision-make each year.”

The most important purpose of FaithFest, Church said, is to change lives and be a blessing to Wilkes County and beyond. “We will never know all that was accomplished in the lives of those who attended. The Gospel was proclaimed, artists gave testimonies, there were songs of praise, and many were saved, encouraged, helped, prayed for, and forever changed. For that, we are eternally grateful.”

Church explained, as the Bible says in Ephesians 3:19-21, that the purpose, power and all honor and glory for FaithFest lies in Jesus Christ. “FaithFest 2019 is now a blessed memory and FaithFest 2020 is in the works. Hang on, the best is yet to come!”

Have a ‘sick room’

‘Victory over the virus - it’s up to us’

Mystery in the night sky