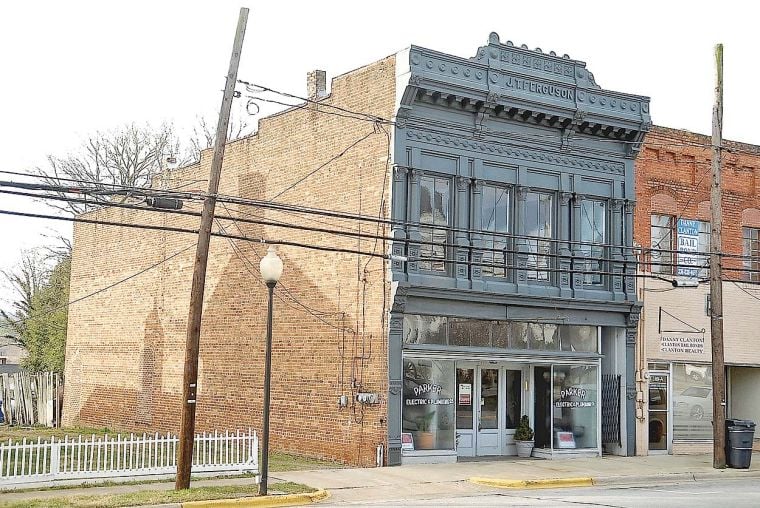 J.T. FERGUSON had his named inscribed across the top of the store building he built along the Main Street of Wilkesboro in the late 1800s. The building housed Parker Electric & Plumbing Co. for about 60 years. 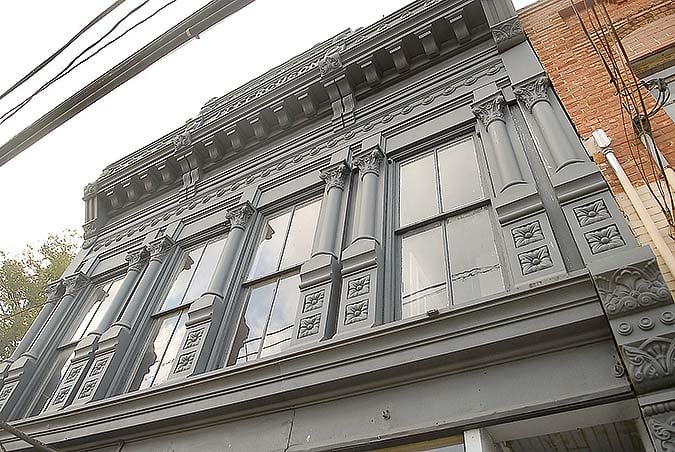 J.T. FERGUSON had his named inscribed across the top of the store building he built along the Main Street of Wilkesboro in the late 1800s. The building housed Parker Electric & Plumbing Co. for about 60 years.

One of Wilkesboro’s oldest businesses will soon cease operations and the town’s oldest retail building, where it is located, is now for sale.

Parker Electric & Plumbing Co. has operated in the two-story Jesse T. Ferguson Store building on Main Street for most of its nearly 75 years in operation.

The Ferguson building, across from the old county courthouse and Smithey Hotel, was constructed in the late 1800s and is listed on the National Register of Historic Places.

The building is best known for the decorative classical and Victorian details of its prefabricated cast iron and pressed metal façade, with “J.T. Ferguson” inscribed at the top.

Ordered by catalog, Mesker facades were used on banks, hotels and stores at cheap prices as burgeoning towns took shape in the late 1800s and early 1900s. More details about Mesker facades are on a website (www.gotmesker.com), created by the State of Illinois.

The business that became Parker Electric & Plumbing began in 1938 when Dewey Parker and Guy Lyon formed a partnership offering electrical services, with a shop in the old Bank of Wilkes building beside the current 50s Restaurant in Wilkesboro.

After Lyon died about 1940, Parker bought the other half of the business and soon partnered with Sherman Anderson.

Parker and Arlon Triplett were partners from the mid to late 1940s in a former gas station where Myers Tire Service now stands at the intersection of West Main Street and Oakwoods Road in Wilkesboro.

After their partnership ended, Parker acquired half ownership of the Ferguson building and moved Parker Electric & Plumbing there in the late 1940s. His sons, Jay and Bob Parker, soon joined him in the business.

The business was always in the Ferguson building, except for its first 10 years and from 1974 to 1978, when it occupied a building on the other side of the intersection of West Main Street and Oakwoods Road. The building was rented for an upholstery shop in the 1970s.

Masonic designs on the floor, a slightly raised stage at one end and other features are left from years when Wilkesboro’s Liberty Masonic Lodge met on the second floor of the building.

Bob Parker and fellow longtime Wilkesboro resident Pete Glass said a drug store was in the building for several years. Glass said he worked in the drug store, owned by Palmer Horton and managed by Walter Newton, before World War II. A beauty parlor also was once on the second floor of the building.

Address labels with the name, “Frank Carr,” on old paper wrapping near dismantled pieces of one or two printing press under the building, indicate the building was briefly a newspaper office.

According to a history of Wilkes County’s newspapers by James Larkin Pearson in Judge Johnson J. Hayes’ “Land of Wilkes,” Mr. and Mrs. Frank A. Carr had a print shop in a building across from the county courthouse in Wilkesboro and produced a newspaper there called The Tar Heel Republican starting in February 1926 and continuing for about 2½ years.

The Carrs came to Wilkes from Newland, where they owned and operated The Avery Advocate from the late 1920s until about 1940.

The Sanborn insurance map of 1926 lists “printing” as the use of the Ferguson building.

Stephen Johnson owned and operated a store on the site of the Ferguson building as early as the 1850s. He also was Wilkes County Register of Deeds and county treasurer.

Julius C. Hubbard and Jesse T. Ferguson owned and operated a general store in the Ferguson building for several years in the late 1800s. Ferguson was elected Wilkes sheriff in 1870, five years after returning home from the Civil War. He was elected Wilkesboro mayor in 1892.

Hubbard and Ferguson also were part of a group of investors that built the Wilkesboro Hotel in 1890 across the street from the Ferguson building. N.B. Smithey later bought it and named it the Smithey Hotel.

Hubbard and his wife, Lula Williams Hubbard, owned half interest in the Ferguson building, with Ferguson owning the other half. Mrs. Hubbard was Johnson’s niece and her aunt was married to Ferguson.

The Hubbards lived next door to the Ferguson building. Johnson built and lived in the original portion of their home.

The Johnson-Hubbard home and the Smithey Hotel are still standing and are on the National Register of Historic Places.

Showers in the evening with some clearing overnight. Low 33F. Winds light and variable. Chance of rain 40%.