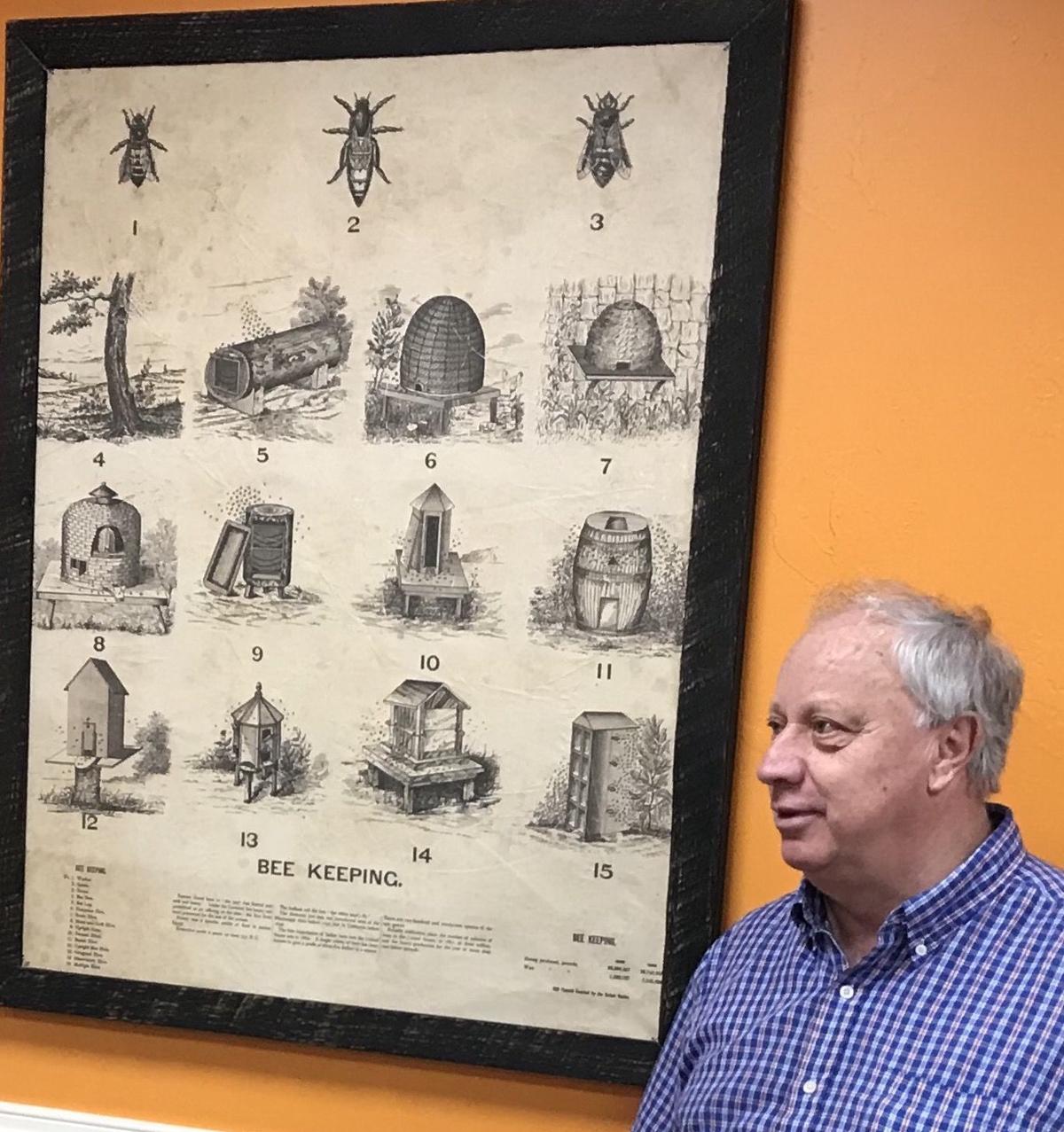 Hidden Happiness Bee Farm owner H.S. Greene stands beside a poster with early honey bee hives. It’s one of the items in a new combination beekeeping museum and classroom at Hidden Happiness. 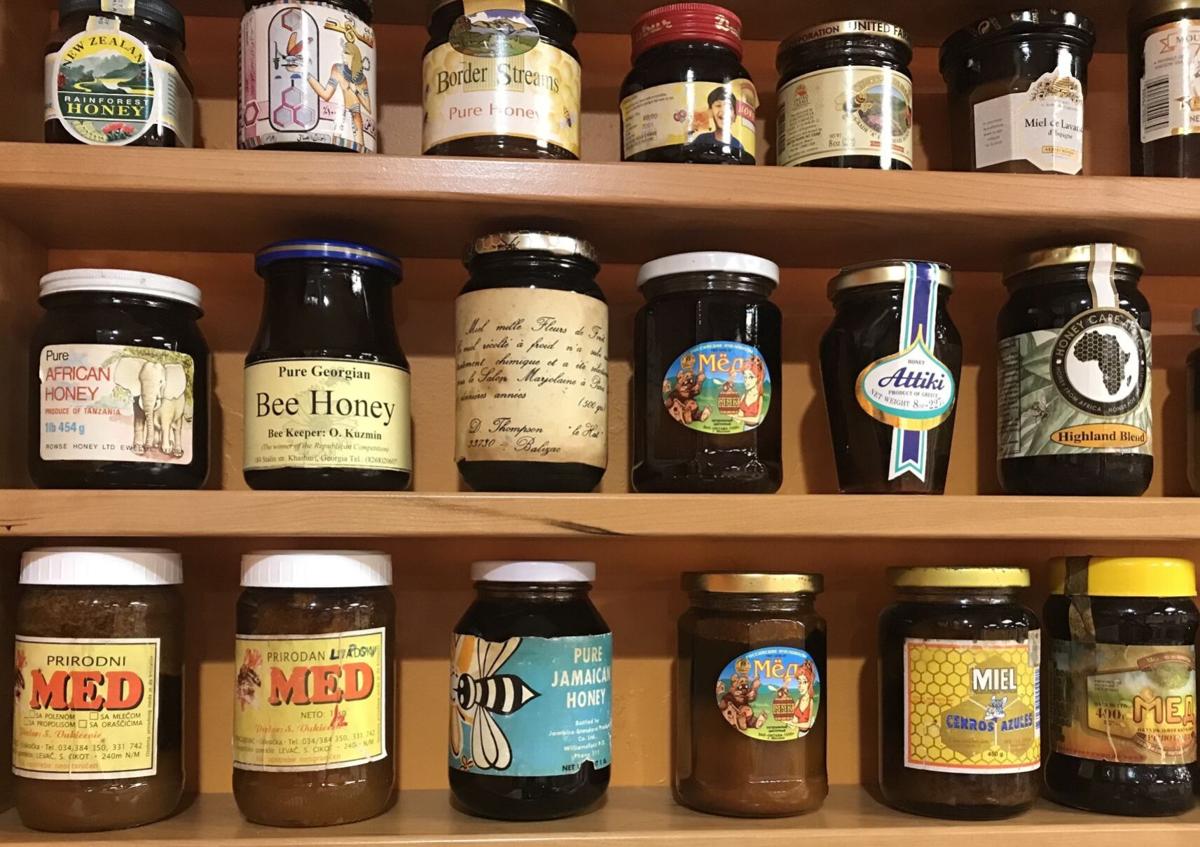 New museum and classroom at Hidden Happiness Bee Farm includes nearly 75 glass jars of honey from countries around the world, all part of the collection of the late Bob Cole, a Master Beekeeper who lived in Todd. This photo shows just a few of the jars. 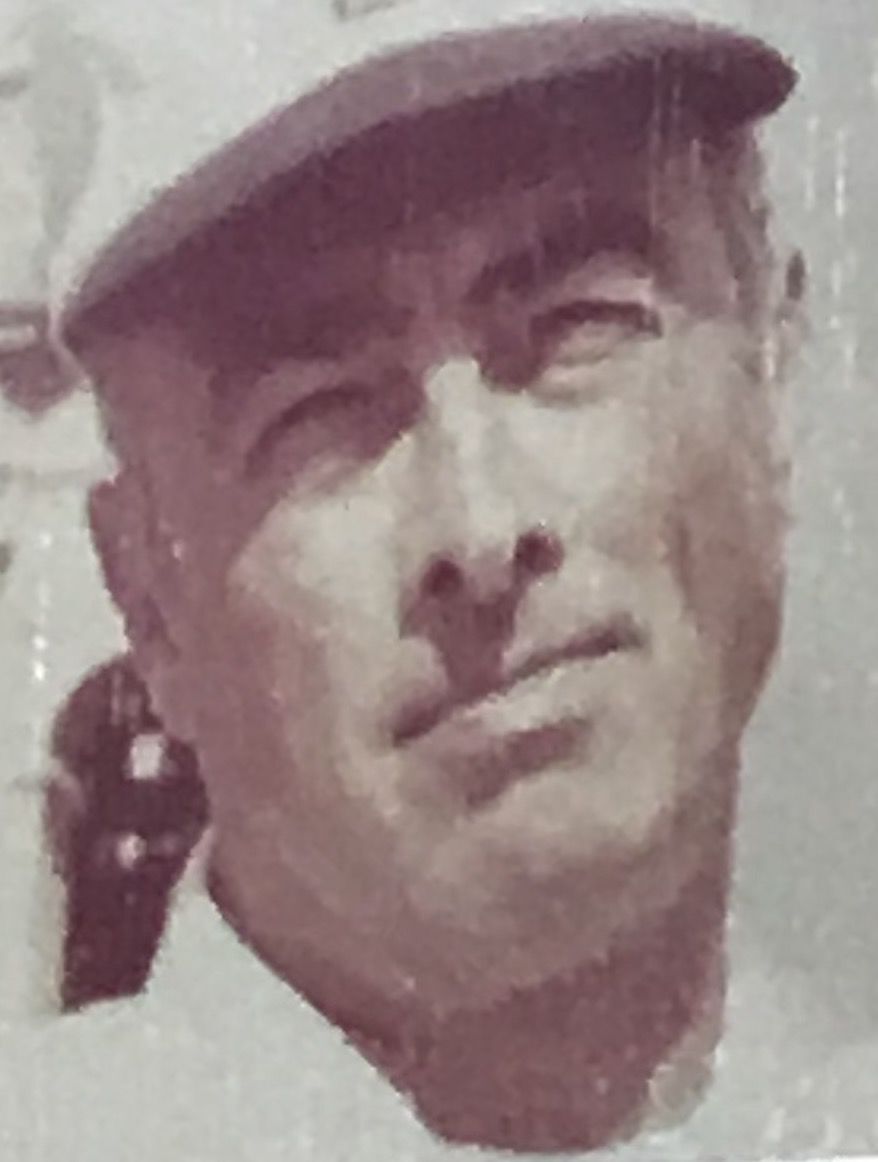 Hidden Happiness Bee Farm owner H.S. Greene stands beside a poster with early honey bee hives. It’s one of the items in a new combination beekeeping museum and classroom at Hidden Happiness.

New museum and classroom at Hidden Happiness Bee Farm includes nearly 75 glass jars of honey from countries around the world, all part of the collection of the late Bob Cole, a Master Beekeeper who lived in Todd. This photo shows just a few of the jars.

Hidden Happiness Bee Farm, a beekeeping equipment manufacturer and retailer on the western edge of Wilkes County, has a new feature that looks to the past of beekeeping while helping prepare people for its future.

The Wilkes Chamber of Commerce will hold a ribbon cutting for the museum and classroom addition at 11 a.m. Dec. 3.

The new facility is named for Willie Robert “Bob” Cole, a professional beekeeper and honey packer who shared his knowledge of beekeeping with countless others. He lived in Todd and started the Watauga and Ashe county chapters of the N.C. Beekeeper’s Association. Cole was 92 when he died in early 2020.

Cole received three presidential volunteer awards for assisting beekeepers in developing nations through foreign aid programs from 1996-2004. He gave programs on beekeeping at meetings and events around the nation for years. Cole was certified as a Master Beekeeper by the Eastern Apicultural Society (EAS) of North America in 1981, and chaired the EAS board from 1985-1990. He was inducted into North Carolina’s Order of the Long Leaf Pine in 2004.

Cole, originally from Rockingham, was in the Army’s 82nd Airborne Division in World War II and the Korean War. He studied geology at the University of North Carolina at Chapel Hill and beekeeping at North Carolina State University.

His experiences also included racing a stock car on the NASCAR circuit; working as an RCA salesman and setting up studio recordings for artists such as Al Hirt and John Denver. He acted in and helped make two movies in North Carolina: “Where the Lillies Bloom” and “The Last American Hero.”

Greene filled the museum with items that belonged to Cole, including various types of honey bee smokers; a book case with Cole’s books on beekeeping; his collection of honey produced around the world in containers with the original labels; a jacket with Cole’s collection of patches from beekeeping organizations in other states he visited; and much more. Greene bought most of the items from Cole’s widow, Susan Stockbridge Cole, and received some from her as gifts.

Greene started Hidden Happiness in facilities shared with H.S. Greene Construction and Cabinet shop in 2015. That same year, he received a boost by winning first place and $5,000 with his Hidden Happiness business plan in the Wilkes Economic Development Corp.’s Entrepreneurial Grant Program.

Many of Greene’s beekeeping products feature unique designs he developed. An example is his metal “wind lock” device, which secures telescopic hive tops to wooden hive bodies or supers while easily locking and unlocking.

In early 2019, he added a visitor center to Hidden Happiness to accommodate school and tour groups, families and individuals. It includes a retail store selling various types of honey produced locally and in other states, other sweets, crafts produced by local artisans and numerous other items, mostly with a honey bee or honey theme.

The visitor center has an observation honey bee hive with a live queen bee, worker bees, drones and other components, all visible behind plexi-glass and with a tube providing bees access to the outdoors. It showcases Greene’s woodworking skills.

The visitor center also has a honey-tasting bar with multiple varieties of honey available to the public as free samples.

Greene said his goal is to educate people about beekeeping and why honey bees are important, especially for pollination. “They’ll have an experience here that they won’t find anywhere else,” said Greene, who was a child when he first learned about beekeeping from an uncle.

Hidden Happiness is on a ridge with expansive views of the Stony Fork Valley and Blue Ridge Mountains, a mile off U.S. 421 on paved and relatively flat Chestnut Mountain Road in the Wilkes portion of the Deep Gap community. Greene lives nearby.

He secured approval from the state for agricultural tourism directional signage on U.S. 421 to Hidden Happiness.

Hours are 8 a.m. to 5 p.m. Monday through Saturday. During the holiday season, Hidden Happiness is open from 2-6 p.m. on Sundays. The phone number is 336-973-5412 and the website address is http://www.hiddenhappiness

The key to being a good Samaritan

'Drive to arrive alive' over holidays