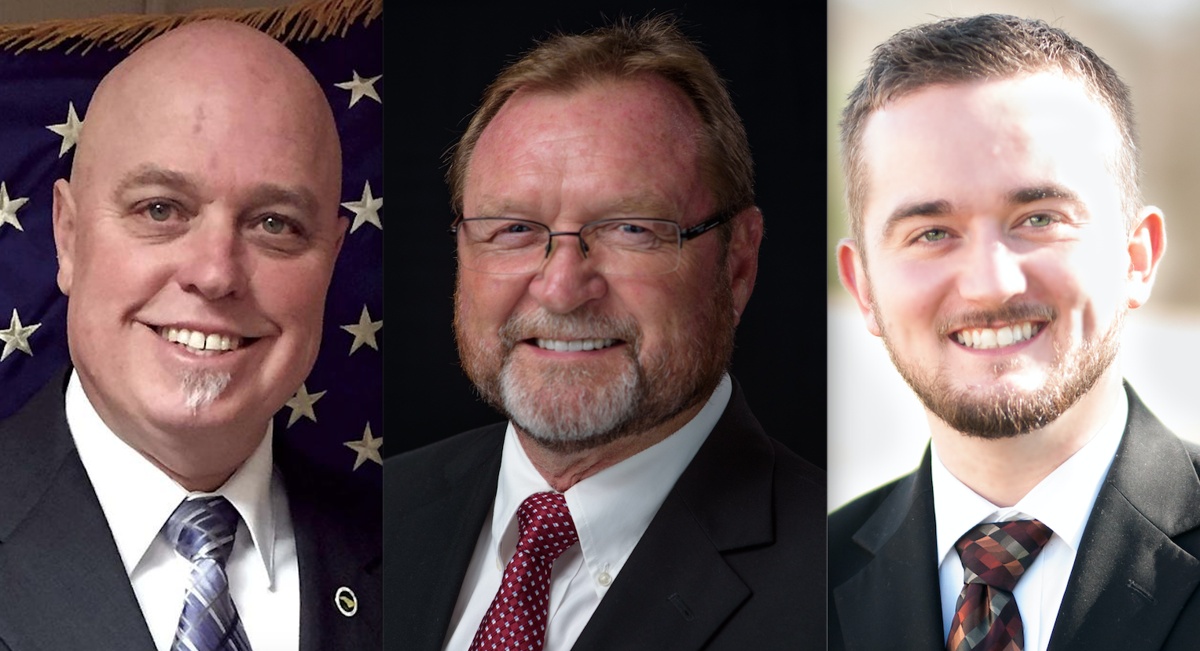 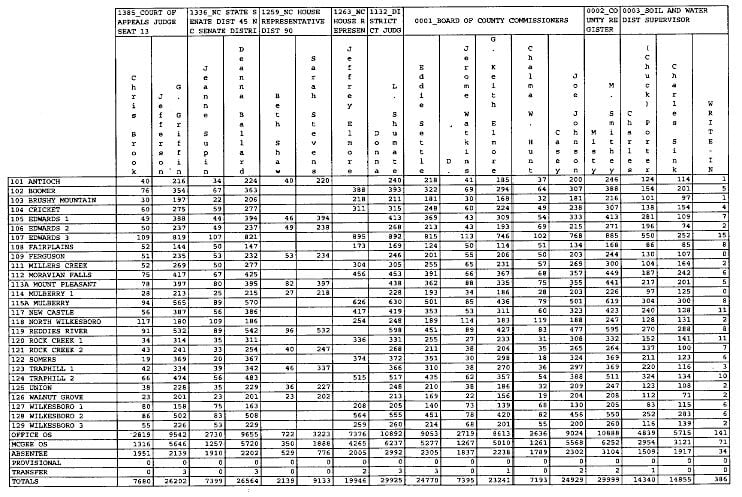 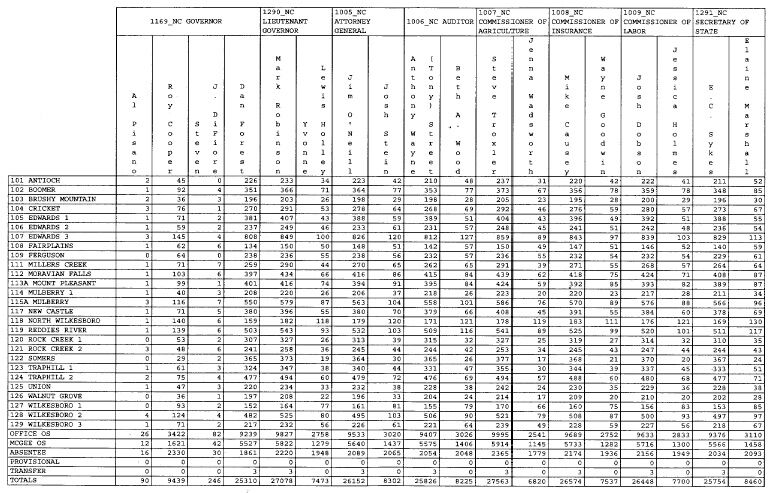 Wilkes County precinct results for governor and other races were provided by the Wilkes Board of Elections. 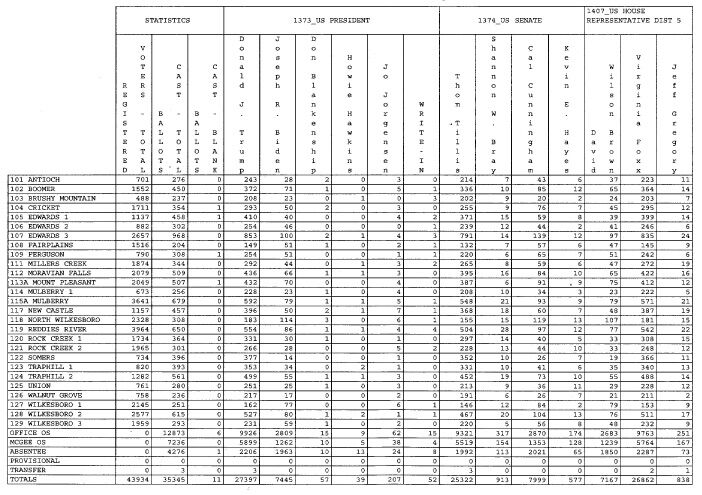 Wilkes County precinct results for governor and other races were provided by the Wilkes Board of Elections.

Consistent with everything else unusual about 2020, the number of ballots cast on Election Day (Tuesday) in Wilkes County was less than half of those cast during absentee, by-mail voting and one-stop, early voting combined.

The county's record 80% voter turnout (35,345) in this year’s general election included 10,960 people voting on Election Day, 20,109 in one-stop, early voting and 4,276 with absentee ballots. These vote totals are unofficial until certified by the Wilkes Board of Elections and will likely change slightly.

Twenty-four completed absentee ballots returned to voters with instructions on what was needed to comply with state requirements haven’t been sent back. Some of these people could have opted to vote in person on Election Day instead.

There were no surprises in the race for three Wilkes County commissioner seats. Incumbents Eddie Settle and Keith Elmore and political newcomer Casey Joe Johnson easily defeated the two Democratic candidates, Chalma Hunt and D. Jerome Watkins, both running for the first time.

Johnson, a teacher at Mountain View Elementary School, and Settle, current chairman, finished with 24,929 and 24,770 votes respectively. Elmore had 23,241. Watkins and Hunt received 7,395 and 7,193 votes respectively. Johnson was also the top vote-getter in the primary.

Kevin Reece, a former Ronda commissioner, received 105 votes in his bid to return to the board by claiming one of two seats on he ballot. Incumbent Sandra Simmons, with 86 votes, will remain on the board. Bobby Munsey and Gene Fowler trailed with 47 and 43 respectively.

Isolated thunderstorms in the evening with a few showers possible overnight. Low 57F. Winds light and variable. Chance of rain 30%.