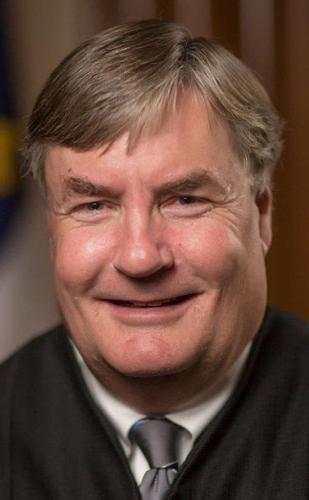 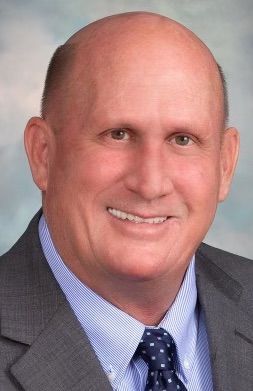 Several candidates who spoke at Saturday’s Wilkes County Democratic Convention said democracy is on the line in elections this year.

The event was held remotely by Zoom, which Wilkes Democratic Chair Kathryn Charles said facilitated participation of statewide candidates and others not in Wilkes.

Ervin is seeking his second eight-year term on the high court. There are seven N.C. Supreme Court justices.

He said judicial races tend to get overlooked, but “I hope events of the last several years will explain why it’s important that we focus on judicial elections.”

Ervin added that there have been powerful people in government in recent years who acted as if the law shouldn’t apply to them because of their positions.

Ervin said it’s important that judges decide cases based only on the law and facts and not on ideological or political agendas. “Our only agenda ought to be to uphold the law as it exists.” He added, “I hope my record shows that that’s the why I have acted as a member of the judiciary. If I am fortunate enough to be re-elected, I will continue to act in that fashion.”

N.C. judicial elections are partisan, from District Court judge to Supreme Court justice, so party affiliation of judicial candidates is shown on ballots and political party primaries are held if more than one person in the same party seeks the same judicial seat. Ervin said he preferred that judicial elections be non-partisan.

Inman said protection of constitutional rights is at stake in upcoming judicial elections. “We must elect judges who decide each case based in the facts and the law, fairly and impartially and without fear or favor,” she said.

Inman is seeking the Supreme Court seat held by Justice Robin Hudson, who didn’t seek re-election because she turns 70 in February and state law requires that justices retire at the end of the month they reach age 72.

Four of 15 members of the N.C. Court of Appeals will be elected this year.

Carolyn Thompson of Granville County, a former District and Superior Court judge, is among the four. During the Wilkes Democratic Convention Saturday, Thompson encouraged voters to continue marking their ballots at the bottom, where there are judicial candidates.

Thompson said she is the only candidate for seat eight on the Court of Appeals with judicial experience.

The other three Democratic candidates for the other three seats are Judge Darren Jackson, appointed to the Court of Appeals by Gov. Roy Cooper last year; Judge Gail Adams of Cumberland County, longtime Superior Court judge; District Court Judge Brad Salmon of Harnett County and Chuck Hubbard of Wilkesboro, candidate to represent the 94th N.C. House District, spoke during the convention. He is the only Wilkes Democrat on the ballot in a partisan race.

Hubbard and Republican Jeffrey Elmore of North Wilkesboro, the incumbent, will square off in the general election on Nov. 8 because neither face opposition in their own parties. The 94th District includes all of Alexander County and the population centers of Wilkes.

“The bottom line is I want to be able to provide the people of this area with the best representation and the most energetic representation that I possibly can,” said Hubbard.

He said something must be done about the many North Carolinians without health insurance due to failure to expand Medicaid eligibility in the state. He said this left many families choosing between buying health insurance or having enough money for food, mortgage/rent and other basics. “That’s unacceptable to me. That’s a position no one should be in.”

Hubbard spoke about the opioid epidemic and said it hit Wilkes and many other rural areas with the devastating impact of a hurricane. He said he wants to help get more resources to address this problem.

He said that out of concern about opioid addiction, including its connection to crime, he became a board member of Wilkes Revolution. This non-profit works to help people overcome opioid addiction.

He graduated from Wilkes Central High School and Wofford College. His two daughters are products of the Wilkes schools and state universities in North Carolina, with one now teaching at Mulberry Elementary School and the other a speech pathologist in Omaha, Neb.

Hubbard said that as associate publisher of the Wilkes Journal-Patriot and a reporter there for about 40 years, he developed relationships with people all over Wilkes. He retired when he and his family sold the newspaper in 2020.

He said political registration in the district is overwhelmingly Republican so he must get Republicans to cross over.

There are 26 people vying to fill the U.S. Senate seat being vacated by the retiring Republican, Richard Burr. Five of the 11 Democrats running spoke during the Wilkes Democratic Convention. They were Rett Newton of Beaufort, Cheri Beasley of Raleigh, B.K. Maginnis of Charlotte, Constance Johnson of Charlotte and Tobias LaGrone of Greensboro.

The other candidates in the Democratic primary for U.S. Senate are Greg Antoine of Fayetteville, Chrelle Booker of Tryon, James L. Carr Jr. of Harrisburg, Robert Colon of Wilmington, Alyssia Hammond of Raleigh and Marcus Williams of Lumberton.

Maginnis said passing voters rights legislation is the most important issue because survival of democracy in the U.S. depends on it. He said GOP state legislators across the nation are “planning a silent coup that dwarfs the Trump-led Jan. 6 insurrection.” Maginnis said 21 states passed voter suppression laws and gerrymandering in 29 states threaten Democratic control of Congress.

Beasley said there are too many people hurting in North Carolina, including people without affordable health care, those not making at least $15 an hour and people without access to child care. Beasley also mentioned support for schools and insuring clean air and water.

Newton said the Jan. 6 incident impacted him in the same way as the 911 terrorist attacks, when he was an Air Force pilot. Most recently, he served as mayor of his hometown of Beaufort. Newton said his top priorities include health care, jobs, the environment and protecting democracy.

Johnson said her initial goals include submission and passage of the Leandro Equal Education Federal Bill, requiring equal funding of all school systems; a bill that gives all U.S. citizens clean credit ratings; a bill that makes home ownership more affordable for low income people and veterans; and a bill that encourages awarding federal contracts to businesses owned by minorities and women.

LaGrone said he is a pro-life conservative Democrat.

There are no Democrats running to represent the 5th U.S. Congressional District, which includes Wilkes.

Dr. Bobby Richardson, state chairman of the Democratic Party, said involvement in the party on the precinct and county levels will build the foundation for a strong Democratic Party statewide in 2022 and beyond. “If we are organized, energized and driven by our desire to improve the lives of all North Carolinians, there is nothing that can stop us.”

Generally sunny despite a few afternoon clouds. A stray shower or thunderstorm is possible. High 87F. Winds S at 5 to 10 mph.

A few clouds from time to time. A stray shower or thunderstorm is possible. Low 68F. Winds light and variable.