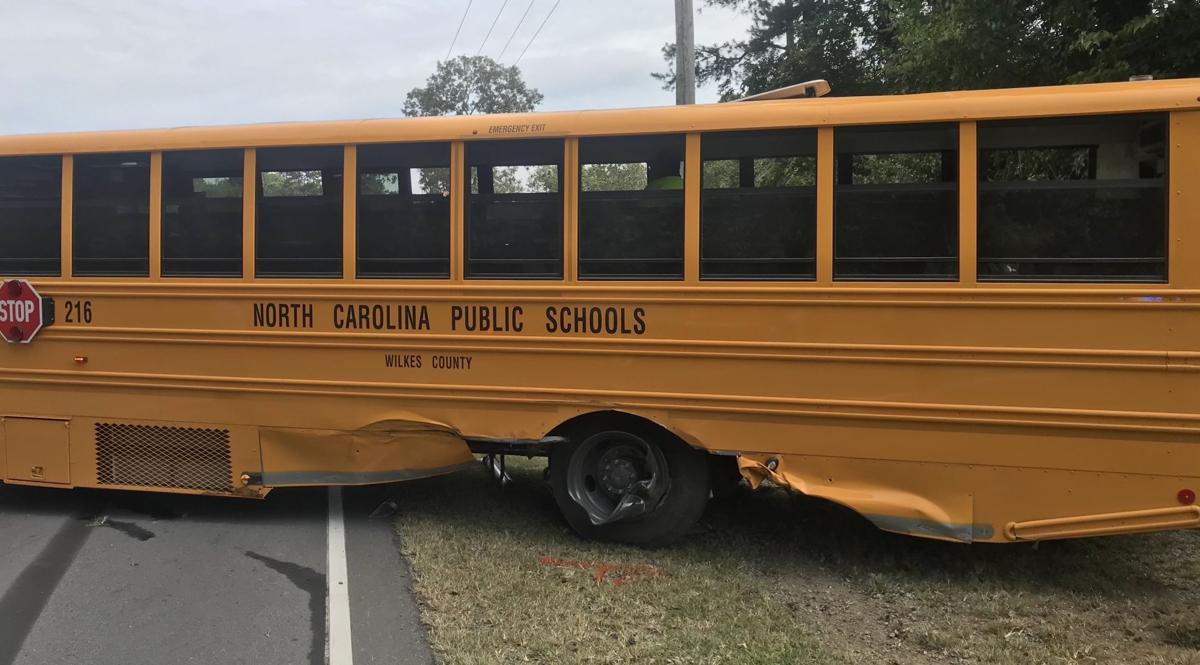 The bus damaged Thursday in wreck on Red, White and Blue Road is a newly purchased 2022 model. 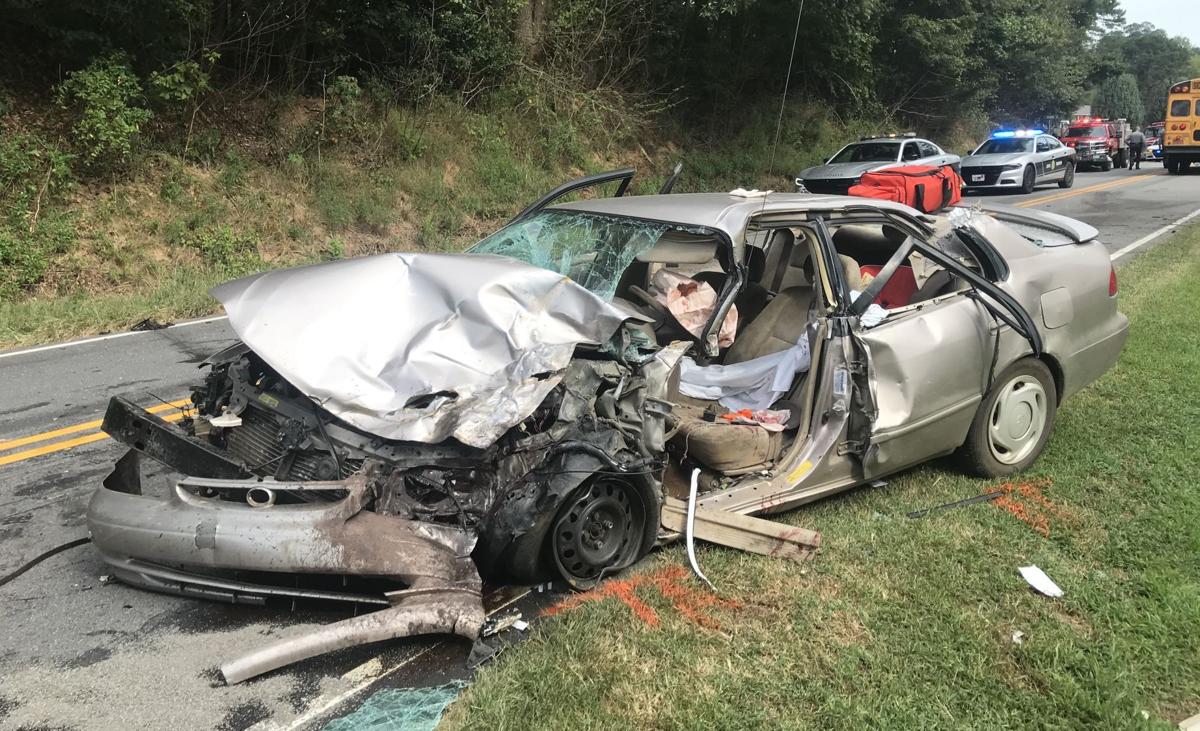 The Toyota Corolla that collided with a school bus on Red, White and Blue Road was a total loss.

The bus damaged Thursday in wreck on Red, White and Blue Road is a newly purchased 2022 model.

The Toyota Corolla that collided with a school bus on Red, White and Blue Road was a total loss.

The collision of a Wilkes County school bus and a 1998 Toyota Corolla Thursday afternoon in Roaring River left the driver of the car seriously injured and resulted in two students on the bus being transported to Wilkes Medical Center for observation.

The wreck occurred in a curve on Red, White and Blue Road when the northbound Toyota, driven by Isaiah Cothren, 24, of Roaring River, ran off the right side of the road, then went left of center due to over-correcting and hit the left side of the 2022 Thomas bus, said Trooper Z.M. Jennings of the N.C. Highway Patrol.

Cothren was pinned in and was freed from the heavily damaged Toyota by emergency personnel. A Wilkes Emergency Medical Services ambulance transported him to a landing zone set up for an AirCare helicopter near the Tyson Foods feed mill on N.C. 268 East. The helicopter flew him to Atrium Health Wake Forest Baptist in Winston-Salem.

Jennings said a hospital spokesman told him that injuries of the two students taken to the hospital were minor. He said two other students on the bus were identified as injured, but not seriously enough to be taken to a hospital. A few students were picked up by their parents at the wreck scene but most were picked up at Roaring River Elementary after another Wilkes school bus took them there.

“Wilkes County Schools would like to commend our bus driver for his efforts in keeping our students safe. We are very proud of the quick response and support provided by emergency personnel and school administration which came to the scene,” said Mathis.

“As always, Wilkes County Schools will fully cooperate with law enforcement in investigating the cause of this accident, and proper system protocol will be followed.”

He said the Highway Patrol was dispatched at 3:28 p.m. Both lanes of Red, White and Blue Road were closed to traffic until about 5 p.m.

The Wilkes Rescue Squad, Wilkes Sheriff’s Office and the Roaring River and Knotville fire departments responded to the accident, in addition to the Highway Patrol and Wilkes EMS. A school nurse also was on the scene.