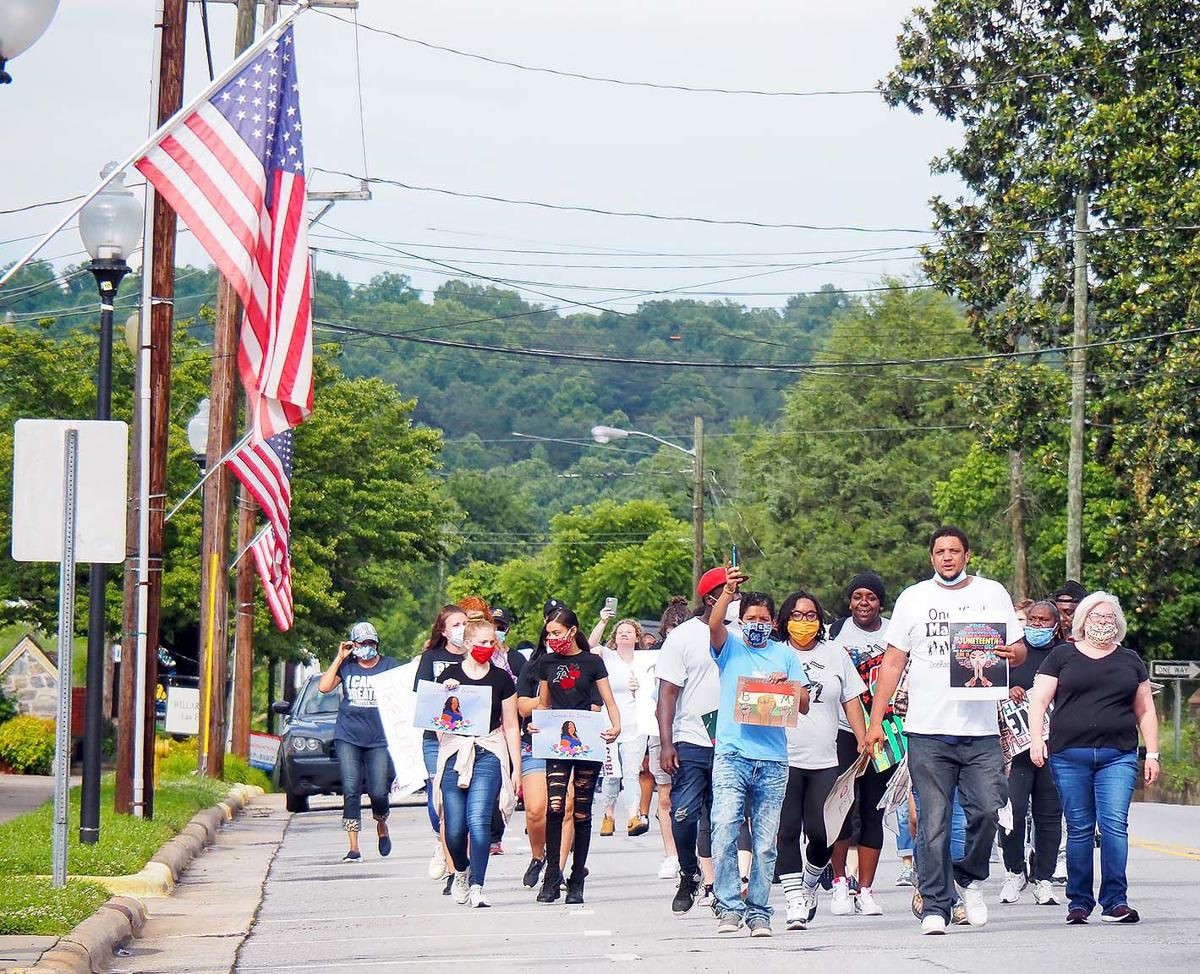 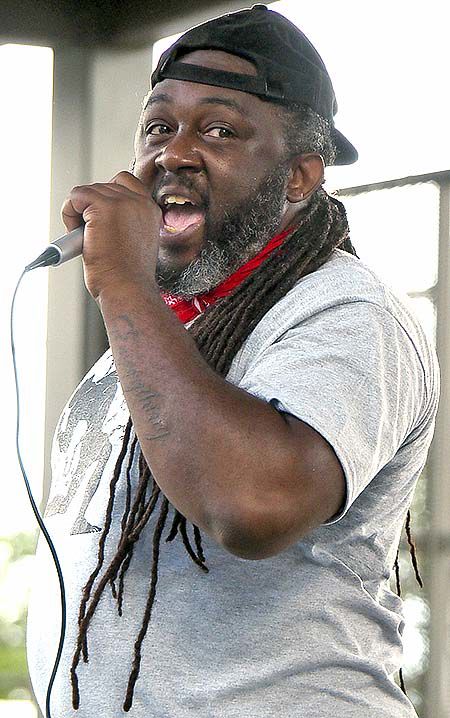 VIDAL GARRETT was one of two main speakers Friday during the Juneteenth rally at the Carolina West Wireless Community Commons in Wilkesboro. He and his wife, Jamella Garrett, organized the march and rally.

An event in the Wilkesboros late Friday afternoon commemorating the abolishment of slavery in the U.S. during the Civil War and celebrating unity drew hundreds of people.

Organizer Jamella Garrett of North Wilkesboro said she wanted the Juneteenth Day observance to be peaceful and it turned out to be just that. She was assisted by her husband, Vidal Garrett.

Despite chatter on social media earlier this week warning otherwise, there was no indication of “outsiders” causing problems at the “Community Walk and Peaceful Rally.”

Like a similar event led by the Garretts on May 31 in North Wilkesboro, a roughly equal number of blacks and whites participated. There was a broad age range of people and several brought their dogs.

Between a third and half of the people were wearing face masks to help prevent spread of the coronavirus. Police had a strong presence in both towns.

Before the walk began at North Wilkesboro’s Memorial Park, Vidal Garrett asked that everything during the event be done for the glory of God.

The walk ended a little over a mile away with a rally at Wilkesboro’s Carolina West Wireless Community Commons. The 200 or so people who participated in the walk were joined by about 100 more at the rally.

Speakers at the rally were Vidal Garrett and Aisha Booth-Horton, director of student services at Quality Education Academy in Winston-Salem and Jamella Garrett’s aunt. Both emphasized unity and equality.

“We have to start supporting each other—of all races, of all colors, of all creeds, of all religions—because without every last one of you, history would not be made today,” he added.

Booth-Horton, in the keynote address, explained why unity is imperative to Juneteenth Day. “We’re all connected. We started with the Declaration of Independence and we ended with the Emancipation Proclamation.”

She continued, “We know what it’s like to be down, to be discarded, to not be celebrated. But today is a day of jubilee and celebration and unity, where all people from all places can come together and celebrate one another.”

Booth-Horton challenged everyone in the crowd, “If there is someone here who doesn’t look like you, and you don’t know their story, meet someone new and let them know you’re here today to learn more about them.

There was recorded music, with a song selection that included the late Sam Cooke’s “A Change is Gonna Come,” a message of hope and anthem for the civil rights movement.

The rally ended around 6:30 p.m. After a rain-filled week, skies cleared in time for the walk and rally. A rainbow appeared in the eastern sky just before 7 p.m.

Partly cloudy skies during the evening will give way to cloudy skies overnight. A stray shower or thunderstorm is possible. Low 67F. Winds light and variable.

Partly cloudy skies during the evening will give way to cloudy skies overnight. A stray shower or thunderstorm is possible. Low 67F. Winds light and variable.