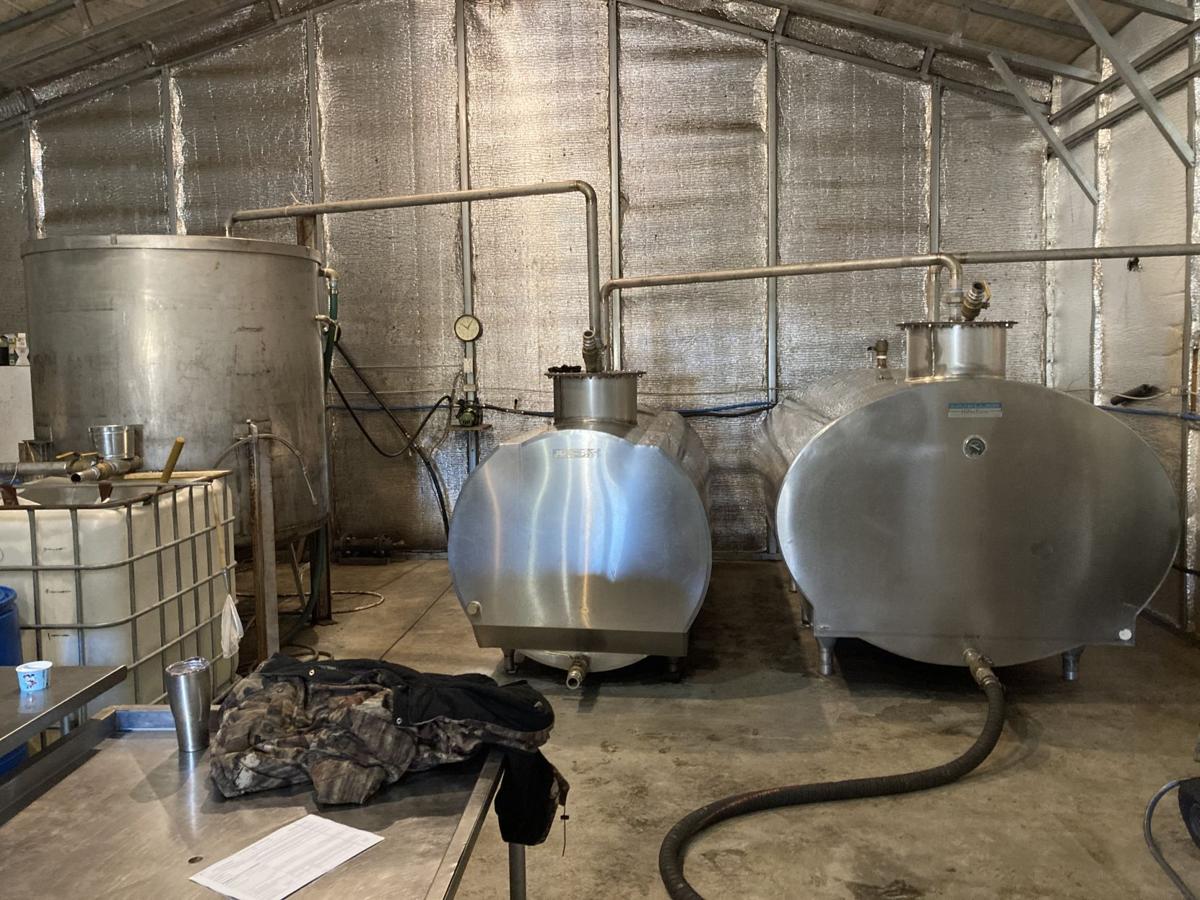 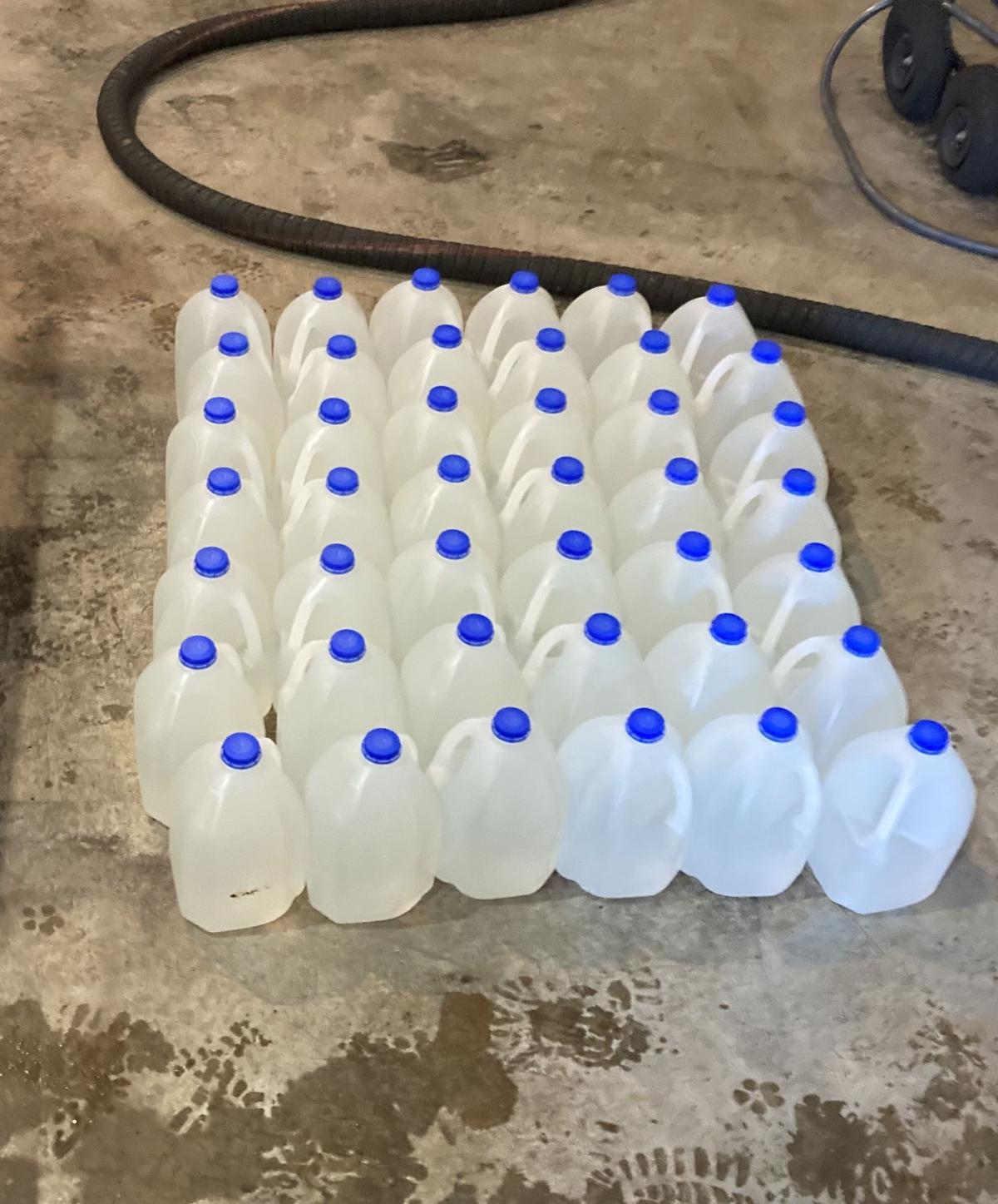 Several hundred gallons of moonshine were seized in an investigation initiated by Triad ABC Law Enforcement in Winston-Salem. 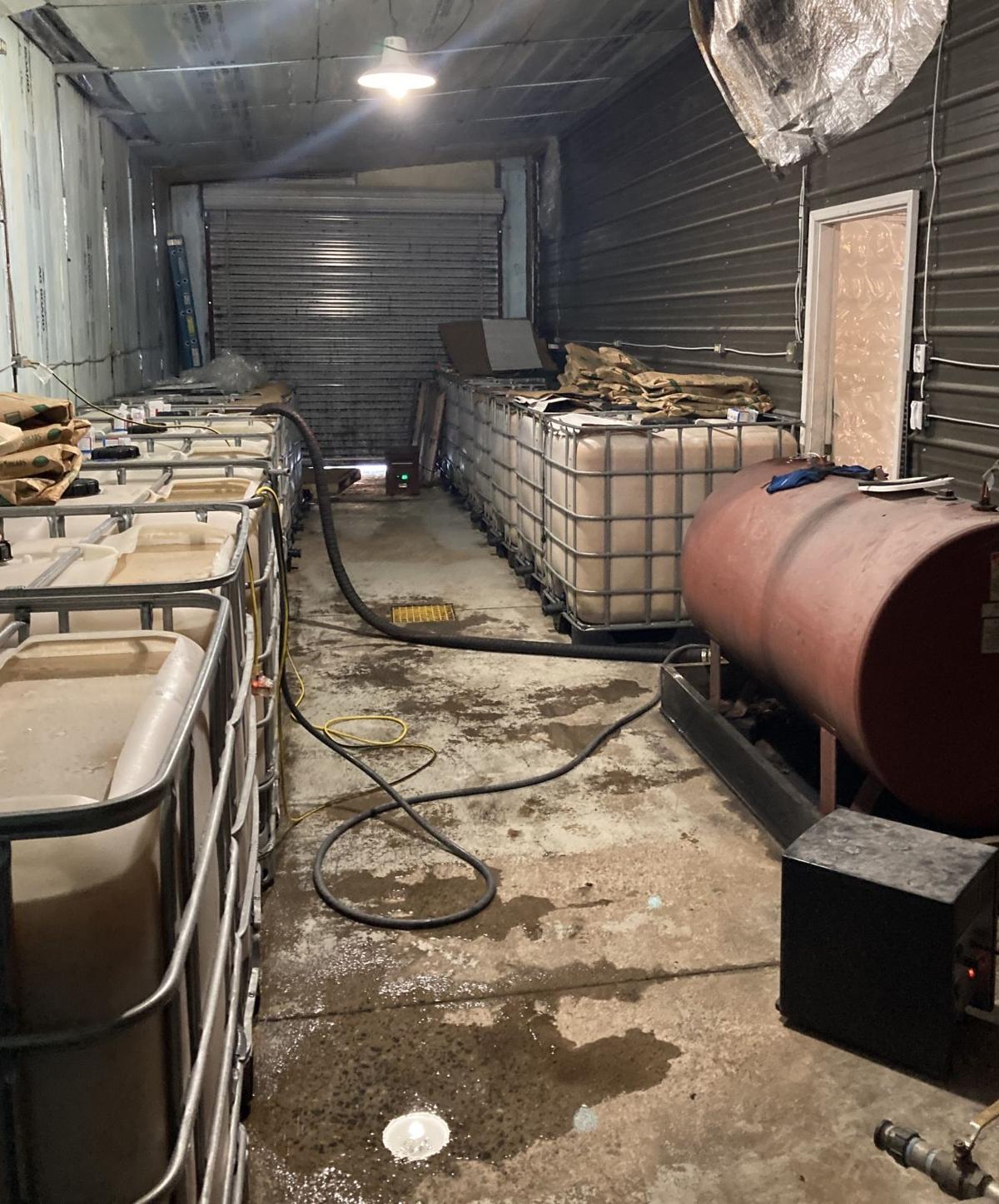 Containers of mash were part of a moonshine operation seized in Hays on Jan 20.

Several hundred gallons of moonshine were seized in an investigation initiated by Triad ABC Law Enforcement in Winston-Salem.

Containers of mash were part of a moonshine operation seized in Hays on Jan 20.

A large illegal distillery and several hundred gallons of moonshine were seized or destroyed and five people charged in Wilkes County as a result of an investigation initiated by Triad ABC Law Enforcement in Winston-Salem.

He said the officers found more moonshine and an older copper still that no longer was active at the Dellaplane Road location. Miller said the still was seized.

Miller said searches were conducted at the two locations as a result of Triad ABC officers receiving a tip in May about a possible non-tax paid liquor still on Rock Creek Church Road in Hays.

He said that in a follow up to the searches conducted on Jan. 20, Triad ABC agents went to 281 Hague Road in the Clingman area to interview a possible suspect in the case. (Hague Road is between U.S. 421 and Old 421.)

“Upon arrival, agents observed in plain view what was known to them to be a ‘drink house,’ ” said Miller, referring to a place with the illegal sale of alcoholic beverages, often liquor by the drink.

“After consent from the person in charge of the residence (was secured), multiple gallons of non-tax paid liquor were located, along with gambling tables.”

Miller said this type of operation can gross several hundred thousand dollars in a year, “resulting in a significant tax loss.”

Miller said the overall investigation resulted in Bruce Church, 69, of Roaring River, Randy Howell, 65, of North Wilkesboro and Phillip Church, 46, of Roaring River being charged with one count each of manufacturing liquor with no permit, felony attempt to evade/defeat tax and conspiracy to commit a felony.

Howell, the two Churches and Lester McBride, 68, are also charged with one count each of possession/sale of non-tax paid alcoholic beverage. McBride has a Columbus, Ohio, address but has been staying at a residence on Butternut Drive, North Wilkesboro, said a Triad ABC spokesman.

McBride is also charged with keeping a disorderly house and possessing alcoholic beverage with no permit in connection with him being in charge of the drink house, said the Triad ABC spokesman.

Howell is also charged with resist, obstruct and delay an officer.

Pamela McBride, 61, of North Wilkesboro is charged with possessing alcoholic beverage with no permit.

He said that as of Monday, Lester McBride and Pamela McBride hadn’t been served with arrest warrants yet.

Miller said anyone with information pertaining to this case or any similar activities is asked to call Triad ABC Law Enforcement at 336-784-5808.

Partly cloudy in the evening. Increasing clouds with periods of showers after midnight. Low near 45F. Winds light and variable. Chance of rain 40%.