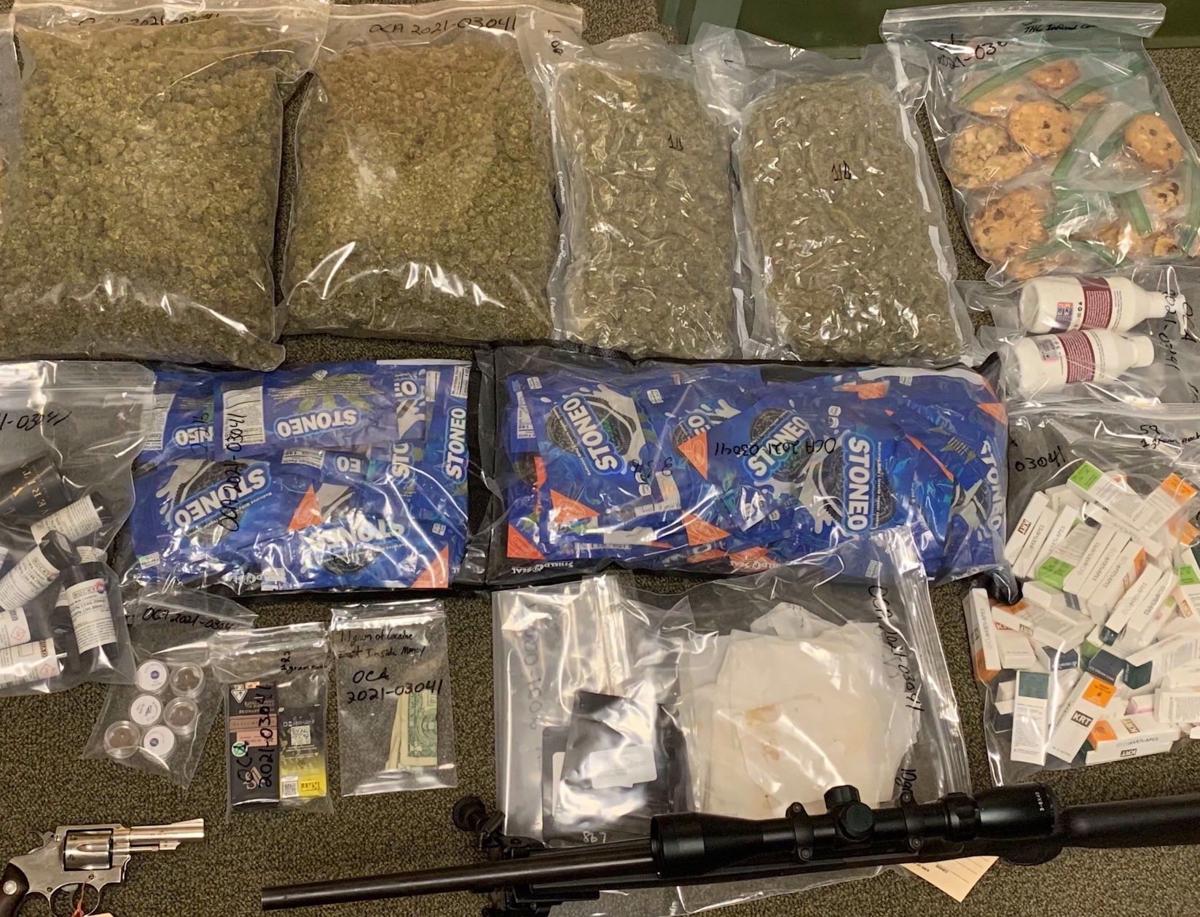 Marijuana, products with marijuana (including Stoneo cookies, center), other drugs, firearms and cash were seized when five men were arrested in Wilkesboro in August. 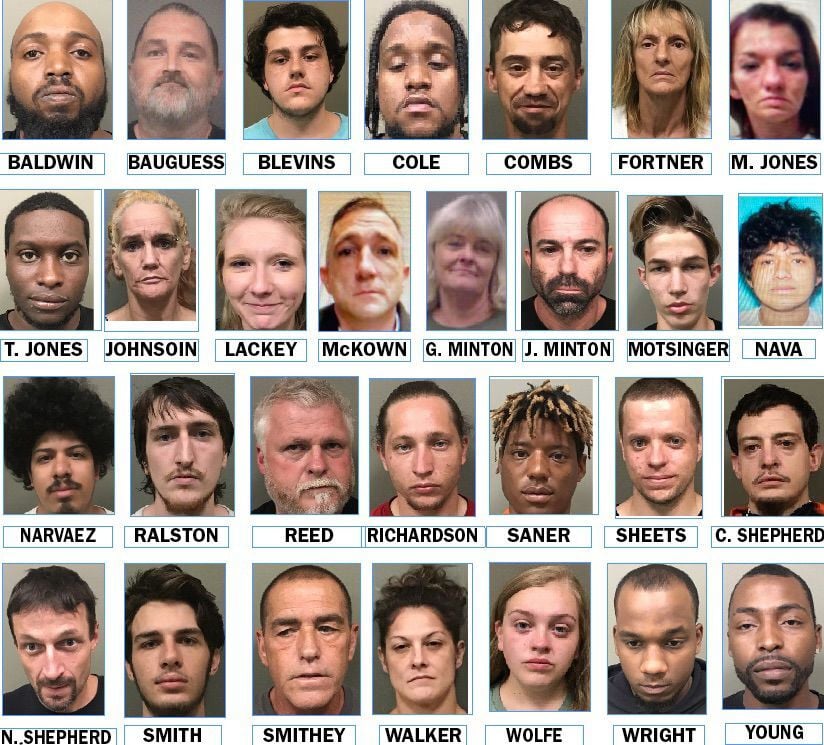 By Friday, 29 of 30 people charged in Wilkes Sheriff's Office's latest drug investigations had been arrested.

Marijuana, products with marijuana (including Stoneo cookies, center), other drugs, firearms and cash were seized when five men were arrested in Wilkesboro in August.

By Friday, 29 of 30 people charged in Wilkes Sheriff's Office's latest drug investigations had been arrested.

Capt. Craig Dancy, who heads the sheriff’s office’s narcotics unit, said methamphetamine originating out of the U.S. is still the dominate illegal drug in Wilkes.

Also seized were 170 pills, which Dancy said mostly was fentanyl made to look like Oxycontin or Palexia painkiller pills.

He said many of the investigations resulted from citizens reporting seeing apparent illegal drug activities.

The cases include arrests of four men whom Dancy said were supplying people in the Moravian Falls area with meth. Three of the four are charged with conspiracy to traffic in meth. They are Tevin Jammal Jones, 29, of Wilkesboro (two counts); Tyler Andrew Saner, 23, of Hamptonville; and Tory Kentrail Young, 32, of High Point.

The other one of the four, Koljuan Demaurus Baldwin, 35, of High Point, is charged with six counts of trafficking in meth and one count each of possession with intent to sell and deliver (PWISD) meth, PWISD heroin and selling a schedule I controlled substance.

Dancy said all four were arrested in Wilkesboro. He said the Yadkin County Sheriff’s Office and Jonesville Police Department assisted and also charged the four men.

He said Triad ABC assisted on the majority of the cases announced Friday. Det. Tim Sims of the Alexander County Sheriff’s Office and his drug dog, Mick, assisted in several of them also

In one case, a kilo of meth was seized when Wilkes Sheriff’s Office investigators stopped a vehicle driven by Jeffrey Jerome Reed, 57, of Jonesville. Dancy said Reed had come from Boone and was planning to distribute the meth in Wilkes.

Dancy said the investigation of Reed is tied to an investigation that resulted in the arrest of Jose Manuel Zazueta, 29, of Imperial Beach, Calif., sentenced to 90-120 months in prison last month in Wilkes Superior Court after pleading guilty to maintaining a place for controlled substances and two counts of trafficking in meth.

Dancy said Zazueta claimed to be part of the Sinaloa drug cartel, based in Mexico’s Pacific coast state of Sinaloa.

Also among cases announced Friday, Javier Narvaez II, 23, of Byrd Circle, North Wilkesboro, is charged with trafficking in meth and heroin and PWISD meth, crack cocaine and marijuana. Dancy said 100 grams of meth, 28 grams of heroin, 16 grams of cocaine and 20 grams of hashish were seized when Narvaez was arrested.

The other two, Gregorio Jiminez Nava, 22, and John Daniel Ralston, 24, have different addresses on Reynolds Avenue, North Wilkesboro. Nava is charged with manufacturing marijuana and two counts of trafficking in marijuana. Ralston is charged with maintaining a dwelling for keeping a controlled substance and PWISD marijuana.

In an unrelated case, Tristen Michael Motsinger, 19, of Colonia Heights, North Wilkesboro, is charged with trafficking in fentanyl, PWISD fentanyl, possession of cocaine and maintaining a vehicle for controlled substances.