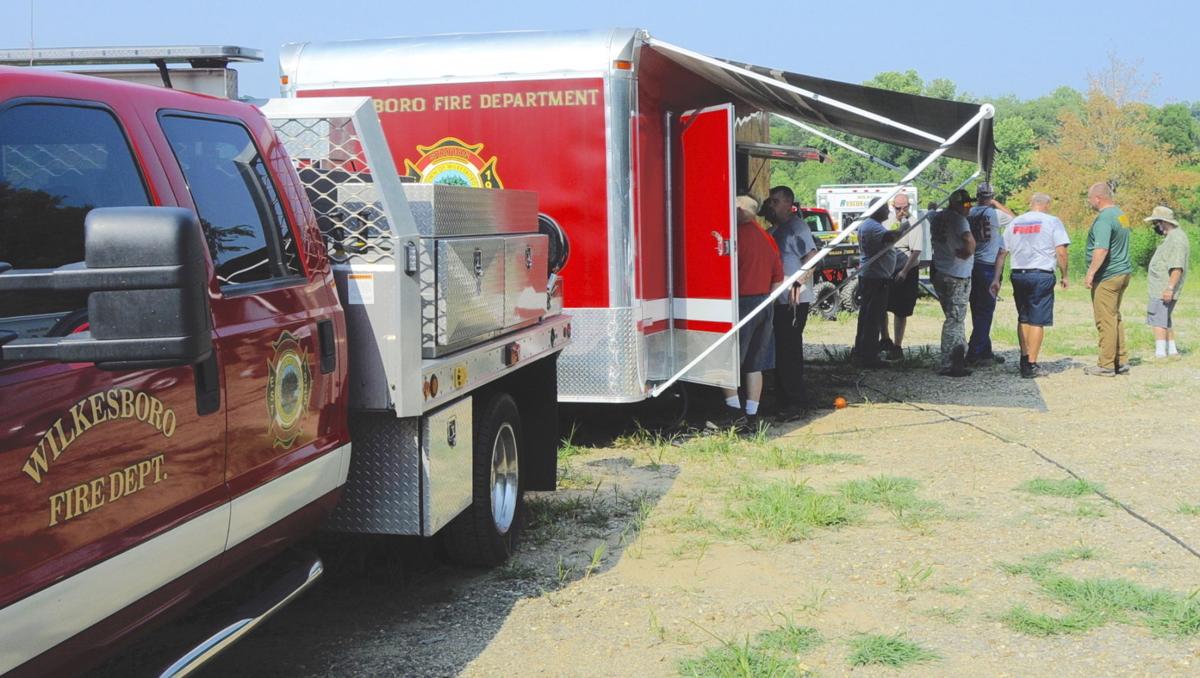 Two men were found deceased Friday in unrelated cases, one in Wilkesboro and the other just beyond the Wilkesboro town limits.

Spokesmen for the Wilkesboro Police Department and Wilkes Sheriff’s Office said Friday evening that no foul play is suspected in their respective cases.

Chief Deputy James Summers said a deceased Black male was found in woods off Rousseau Farm Road near the town limits about 3 p.m. Friday. Summers said the body hasn’t been positively identified and an autopsy will be conducted. The person had been deceased for an extended period, he added.

The body was found when five officers from the sheriff’s office were looking for Carl Lee “Bud” Barber, 74, of Rousseau Farm Road, said Summers.

At the request of a relative, said Summers, two deputies conducted a well-being check on Barber’s home Tuesday and didn’t find him. A person living elsewhere on Rousseau Farm Road said he hadn’t seen Barber since early July. The neighbor also reported that Barber’s dog hadn’t been cared for recently, which he said was unusual.

Five deputies searching the area around Barber’s home Wednesday didn’t find anything, nor did a grid search of the remainder of Barber’s 28-acre property Thursday. About 25 people from the sheriff’s office, Wilkes Rescue Squad, Wilkesboro and Broadway fire departments searched Thursday. A volunteer from the CUE (Community United Effort) Center for Missing Persons also assisted.

Det. Jason Adams of the sheriff’s office and four deputies resumed the search Friday. Summers suggested that they check logging roads on adjoining property that owners gave permission to search. The deceased man was found then, about 500 yards southwest of Barber’s house.

Summers said the man had been deceased for an extended people and that an autopsy will be conducted.

Major Logan Kerr of the sheriff’s office said the identity of the body found near Rousseau Farm Road hadn’t been confirmed by Tuesday.

Wilkesboro police were dispatched to an area behind the Sonic Drive-In restaurant on U.S. 421 West at 9:24 a.m. Friday in response to a white, middle-age male there lying on the ground and unresponsive near a storage building. It was determined that he had been deceased for several hours.

He was later identified as Brinker Longton Andresen, 51, of Wilkesboro. “There were no obvious signs of trauma and no one saw anything indicating foul play,” said Investigator Chris Handy of the Wilkesboro Police Department. Andresen had been living in a nearby wooded area, said Handy.

“There was no sign of foul play and the circumstances of his death are under investigation. An autopsy will be conducted for further information. Our condolences to his family. If you knew Mr. Andresen and have information you’d like to share, call us at 336-667-7277 and speak to Investigator Chris Handy,” stated a police department press release.

A few clouds from time to time. Low 52F. Winds light and variable.