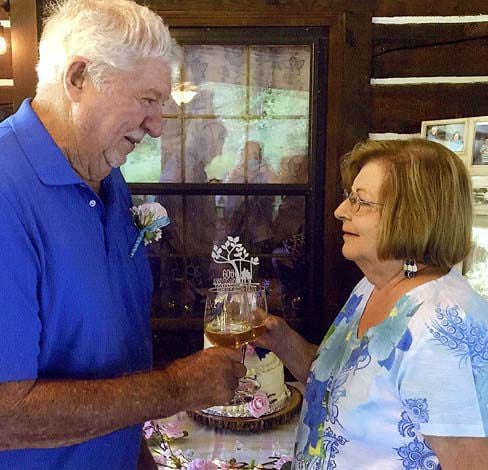 The couple has one son, one grandson and two great-grandchildren.

The couple and guests were served a meal prepared by Blake Sebastian. The three-tiered cake was prepared by Donna Harris. Decorations kept to the diamond anniversary theme of white and silver. A collage of memory photos of the couple was displayed.

Billings attributed the longevity of their marriage, “to try to get along and be as happy as you can.” Mrs. Billings said, “A ton of tolerance and even more forgiveness.”