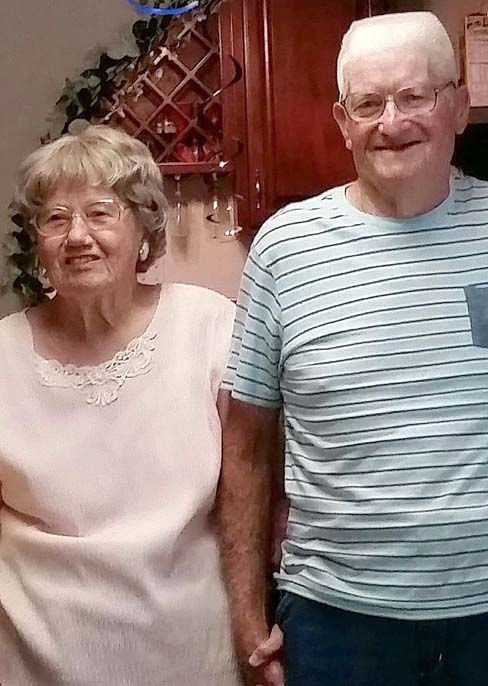 Freeman and Clara Jean Wagoner of McGrady recently celebrated their 65th wedding anniversary. A barbecue was held at the home of their daughter, Susie Stark, on Saturday afternoon, July 29, 2017, with family and friends attending. Special guests included Lucy Griggs of Salisbury, sister of Mrs. Wagoner, and Mr. and Mrs. Houston and Retha Bruce of Statesville, sister and brother-in-law of Wagoner, along with other relatives and friends.

The couple was married on July 30, 1952, by the Rev. Monroe Dillard at his home in the Mulberry community. They moved to Baltimore, Md. shortly thereafter, set up their home, and raised their family there. After many years, they moved back to McGrady. Wagoner is a retired supervisor of grounds maintenance from the Baltimore County Board of Education, and Mrs. Wagoner is a retired cook from the school system.

The couple has four children, Rebecca Sue, and her husband, Robert Stark, of Wilkesboro, Freeman Wagoner Jr. of Middle River, Md., Rita Fay Wagoner, and her husband, Barry West, of Hickory, and Frances Doreen Wagoner, of Germantown, Ohio. They are the grandparents of 18 grandchildren, 28 great-grandchildren and three great-great-grandchildren. “They are the pillar of strength of our family and have shown us that family, and love, is enduring,” said a family member.