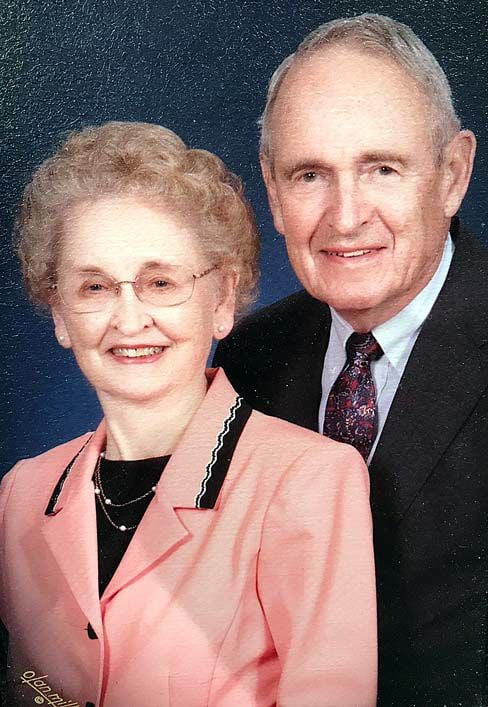 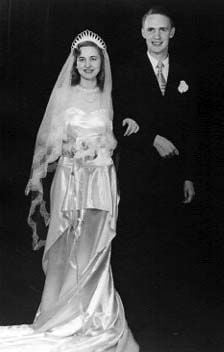 Lillian Mae Reeves of Pilot Mountain married Thurman Finch Horner of Oxford  at the First Baptist Church of Boone on April 15, 1949.  At the time of the wedding, Ms. Reeves was a chemistry professor at Appalachian State University.  Mr. Horner had served during World War II in the United States Marine Corps and was attending Appalachian State University on the GI Bill.

For some years following their marriage, Mrs. Horner continued  as a professor of chemistry at Appalachian State University and later at East Carolina University.  Ultimately, after having children, she dedicated herself to being a stay at home mom and housewife. After graduation, Mr. Horner started a career as an engineer for I.E. DuPont and ultimately retired from that corporation as a textile fibers engineer.

Together, the Horners have three children: Cynthia Horner Mallory of Ashland, Va., Catherine Horner Sloan of Providence and Tom E. Horner of Moravian Falls.  Further, they have seven grandchildren and recently celebrated the birth of their sixth great-grandchildren.