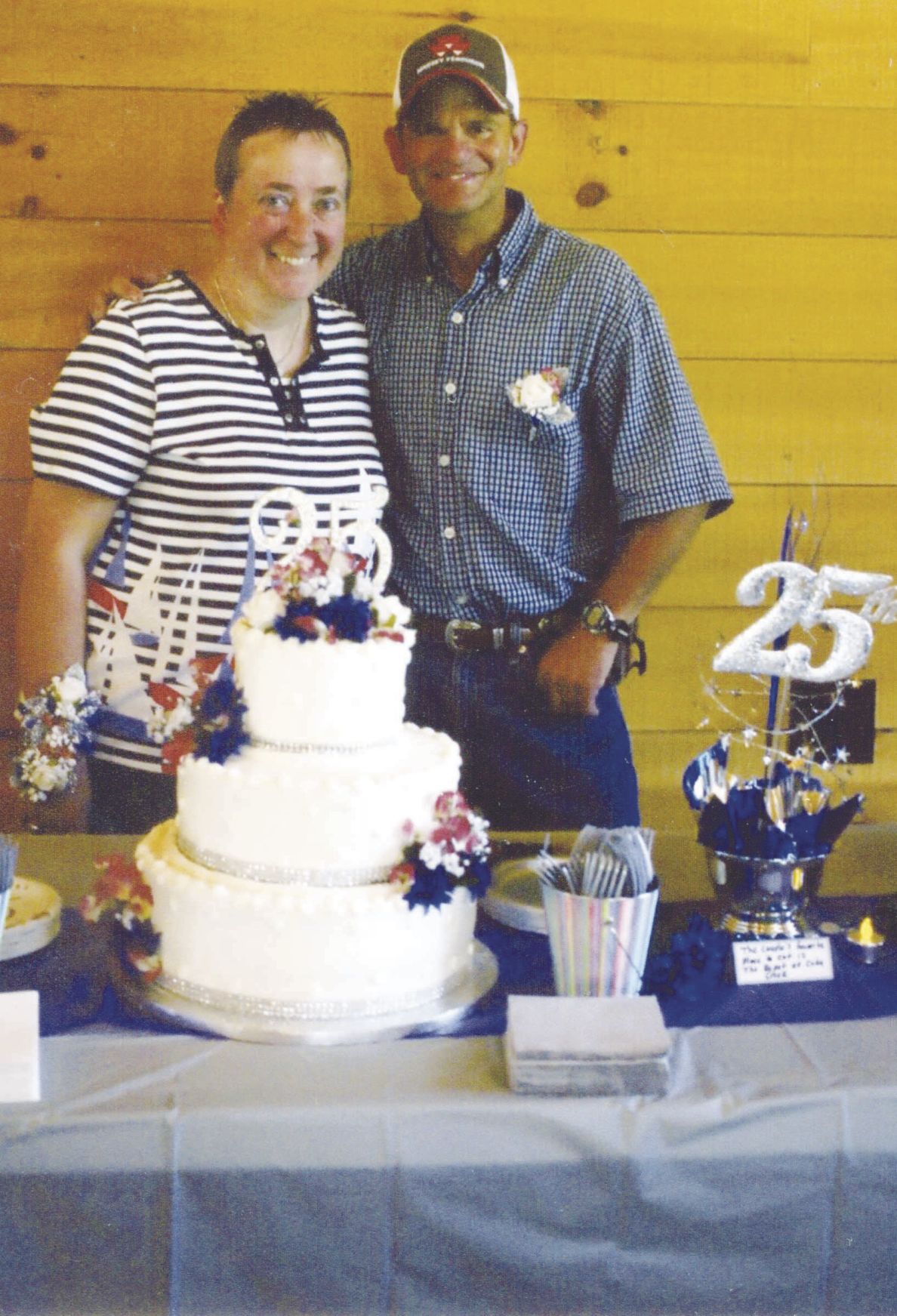 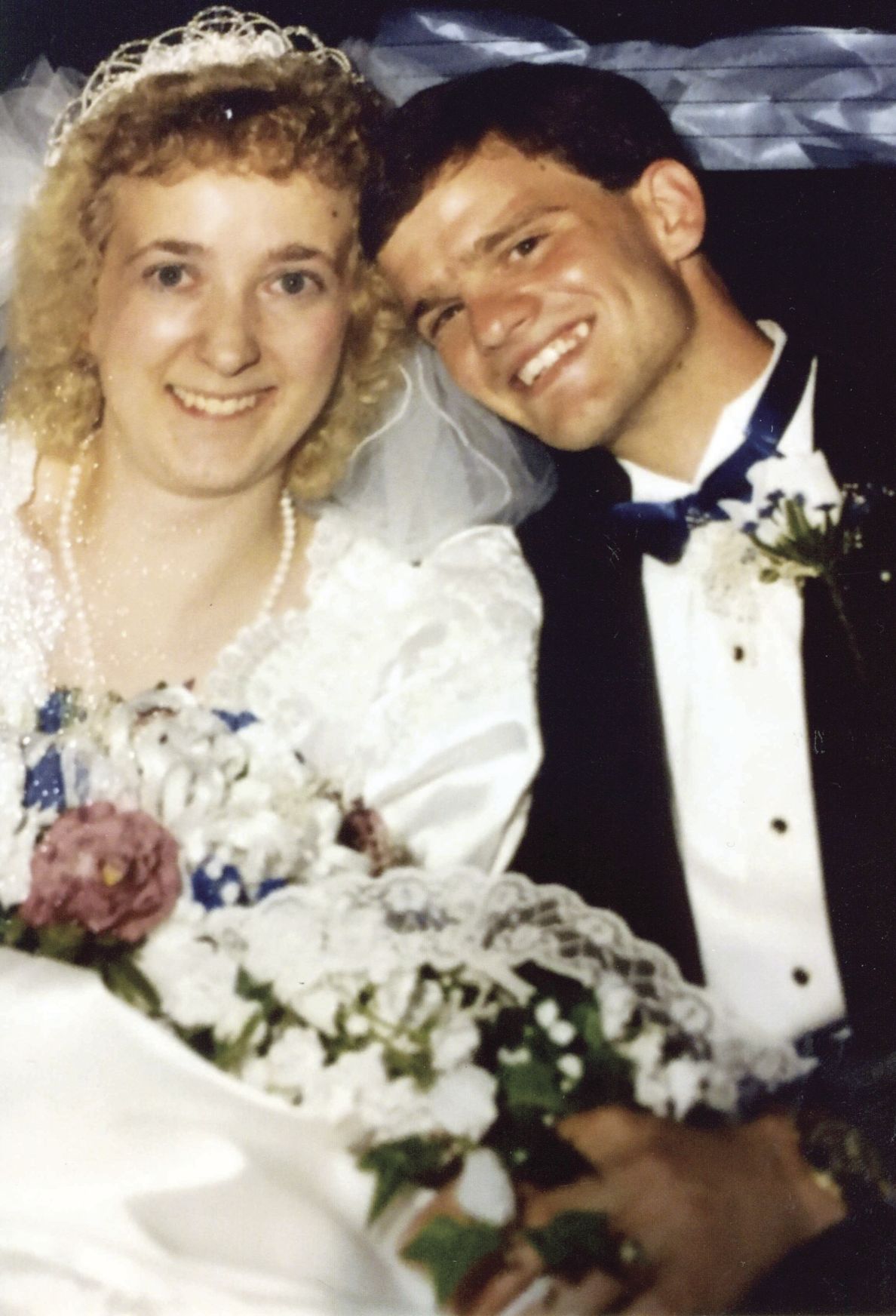 Family and friends were served a meal of pork tenderloin, cole slaw, baked beans and rolls, along with tea and water.  A special table, decorated with a 25th Milestone centerpiece, was set aside for a punch fountain and cake.

The couple’s table was adorned with a double-heart centerpiece of white roses, white lace and white pearl-beaded sprays, anniversary glasses and silver latex balloons, as well as a fresh flower arrangement with 25th anniversary rhinestone sprays.

The gift table was also decorated in a 25th anniversary motif. Among the many special gifts were an anniversary plate, cross and figurine, as well as cards, gift cards and well-wishes. An anniversary gift book was available for guests to sign.

After their celebration, the couple celebrated  their anniversary with a trip to Niagara Falls and points of interest in the New York area.

The couple was married at Billings Hill Baptist Church in Traphill on June 27,  1993.