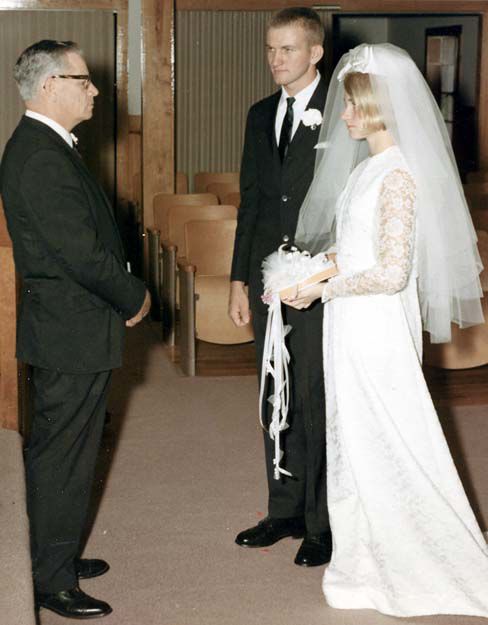 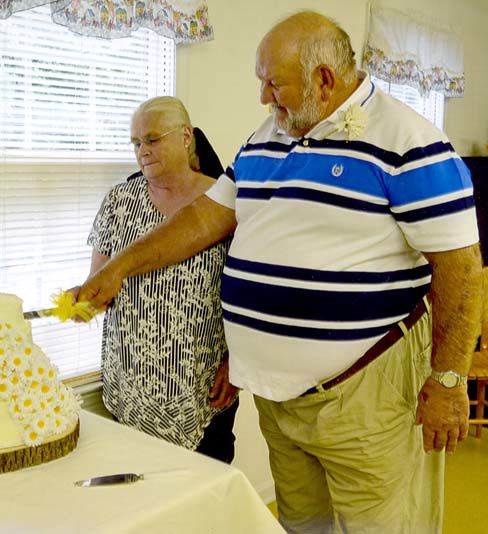 The honorees were presented a corsage and a boutonniere of white daisies and baby’s breath, tied with gold ribbons.

Hosts for the event were the couple’s three sons, Jeffery Gwyn and April Lovette, Jerry Matthew Lovette and Timothy Eugene and Paula Lovette, all of Millers Creek.

Guest tables were covered with white cloths and were adorned with hurricane lamps and daisies. The buffet table held hors d’oeuvres, which were served by Tammy Lynn Watson, a niece. Jeffery Lovette and Timothy Lovette served sherbert punch and lemonade.

The four-tiered, white anniversary cake was decorated with fresh daisies. The cake was made and served by a niece, Brandy Gail Blevins. The couple was presented a set of anniversary engraved flute glasses, a gift from their sons.

Photographs from the couple’s life over the past 50 years were displayed throughout the fellowship hall.

Kim Lovette and her family and Betty and Dean Francis assisted with the event.

The Lovettes are members of Truth Community Church. Together they spend many hours serving their church. Mr. Lovette is a retired building contractor. Mrs. Lovette is retired from Tyson Foods.