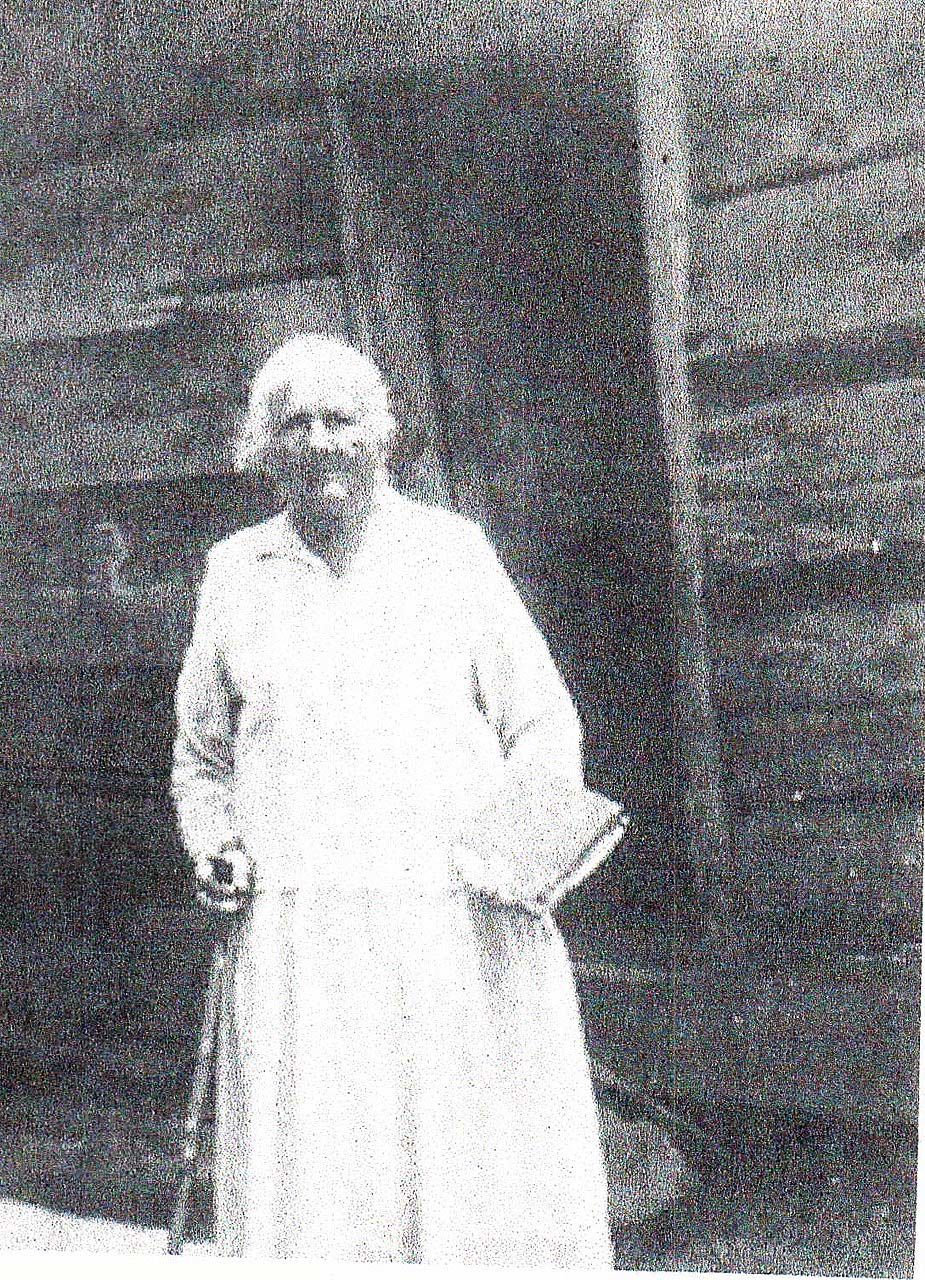 Nancy Joines of the Pores Knob community went to the aid of people in the Mount Carmel section stricken with flu in 1919 when no one else would. 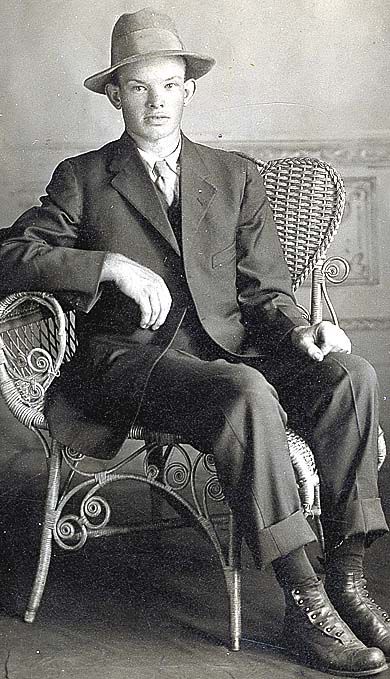 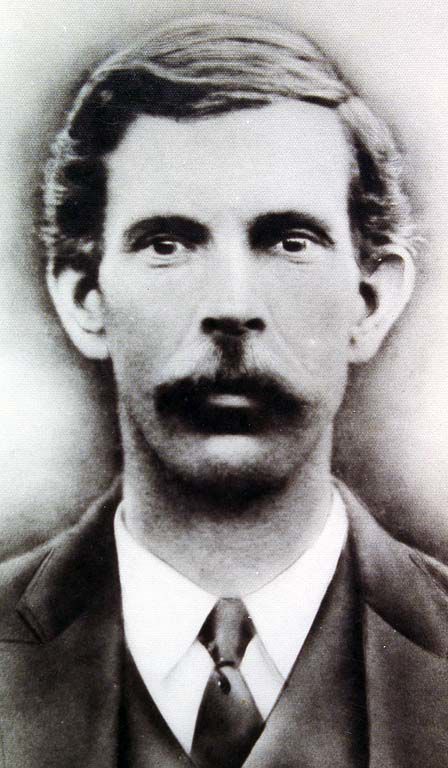 Just over 100 years ago, an influenza pandemic killed more people worldwide and in Wilkes County than any other disease outbreak in modern history.

The 1918-19 Spanish flu pandemic, caused by an H1N1 virus with genes of avian origin, claimed well over 100 lives in Wilkes and left many more here seriously ill.

Unlike the coronavirus, high mortality in otherwise healthy people was a unique feature of the 1918-19 flu pandemic. Many who died ranged from their late teens to early 40s. The elderly and those with underlying health conditions are the most vulnerable to the coronavirus.

The Wilkes Journal listed the names of 11 Wilkes men who died in combat and another 21 who “died in the service” (presumably mostly from the flu and/or flu related illness) in late 1918.

The 1918-19 flu pandemic was identified in the U.S. among soldiers by the spring of 1918. The death toll was especially severe worldwide and in Wilkes in October 1918, when the second wave of the pandemic hit. A third wave hit in the winter and spring of 1919.

On Carters Mountain in what now is considered the Hays community of Wilkes, four members of the Handy family succumbed to flu in the last week of October 1918.

The late Morgan Handy talked about this hard time in his life during an interview with the Wilkes Journal-Patriot at his home on Moxley Road, at the base of Carters Mountain, in February 1999. Handy, 99 when interviewed, died in 2000.

Handy was 18 when his first wife, Minnie Cleary Handy, died from the flu on Oct. 25, 1918. They had been married less than a month.

Next, Handy lost his stepmother, Lela Burchette Handy, on Oct. 28. Handy’s father and a brother, Felix Dalton “F.D.” Handy and Lonnie Handy, respectively, succumbed to the flu on Oct. 31.

“People in the settlement dug the graves and they were buried quickly (without funerals) because people were afraid of getting the disease.” The caskets were made by neighbors Derek Moxley and Matt Waddell.

Handy cared for his younger sisters and two half-brothers at the home on Carters Mountain. Neighbors were afraid to visit the Handy home to help for fear of getting the flu.

Handy said, “For about a week then, I didn’t take my shoes off or leave the house,” except for hauling buckets of water from a spring, he said.

Members of the Burchette, Cleary and Caudill families also lived on Carters Mountain.

The Mount Carmel section of Moravian Falls and the Fishing Creek community were hit especially hard by the pandemic.

In early January 1919, Stella May Pearson, 23, left her home in Mount Carmel to visit her Sparks relatives in Fishing Creek.

Although Stella quickly returned home when she learned members of the Sparks family were ill with the flu, she died from the virus on Jan. 14. Her father, Joe Pearson, 44, died less than a week later from the flu. Her brother, Chap Pearson, 20, died from the flu on Feb. 11.

Within the first two weeks of January, the flu claimed the lives of five members of the Sparks family Stella had visited. They were brothers Walter, Paul, William and George Sparks and their stepmother, Trudy Laws Sparks. Millard Sparks was Trudy Sparks’ husband and father of the brothers who died.

Walter, 23, had just returned home from the Army in WWI. The youngest brother who died was George, 15. Their mother, Mary Pearson Sparks, died in 1907 and was Stella’s aunt. One of Stella’s brothers, Dillard Stokes Pearson, was killed in combat in France in July 1918, and is buried at Oise-Aisne American Cemetery in France.

These 10 members of the Sparks, Pearson or Hester families who died in the flu pandemic are all buried in the cemetery of Mount Carmel Baptist Church.

Stokes R. Pearson of Wilkesboro, nephew and namesake of Dillard Stokes Pearson, said his father and other members of the Pearson family moved into Mount Carmel Baptist Church to escape the virus after the deaths occurred in the pandemic.

Pearson said Nancy Joines of the nearby Pores Knob community was the only person willing to help care for the Pearsons and Charles Sparks because they were afraid of catching the flu. Mrs. Joines stayed in the church with them while neighbors left fuel wood, medicine and food at the church door.

Pearson said people were then afraid to go near Mrs. Joines for fear of catching the flu. His uncle, John Pearson, left a horse and buggy at Mount Carmel Baptist Church for her to use to get home and he later walked to Pores Knob to retrieve it.

Preparing victims of the flu for burial was another issue. Pearson said Millard Sparks and Jess Rogers finally agreed to prepare Stella Pearson’s body, while Mitch Hester helped Rogers with burial preparations for some of the deceased. J. Syd Ayers and Bingham Gentle were the gravediggers.

There is no vaccine for the coronavirus and vaccines for the flu weren’t developed until the late 1930s, leaving isolation, quarantine, personal hygiene, disinfectants and limitations on public gatherings as the only ways to combat both pandemics. Flu viruses weren’t identified yet in 1918-19.

Non-pharmaceutical measures were applied unevenly in 1918-19, partly because this concept of prevention was so new but also due to conscious efforts to downplay the seriousness of the health threat to protect morale during the war effort.

Seriousness of the coronavirus outbreak was downplayed in its earlier stages in the U.S. and preventive measures still vary from state to state.

The 1918-19 pandemic came to be called the Spanish flu because Spain wasn’t at war and newspapers there openly reported the virulent influenza. In the warring nations of Europe, information about the flu was kept out of newspapers to not hurt morale.

The U.S. Centers for Disease Control and Prevention estimated that about 500 million people or one-third of the world’s population became infected with this virus.

An estimated 50 million people died worldwide with about 675,000 occurring in the U.S. That would be equal to about 2.16 million Americans dying today.

The speed with which the coronavirus moved from outbreak to epidemic to global pandemic might be unprecedented.

Some published commentaries say the most striking aspect of comparisons of the two pandemics is how far medicine has come since 1918-19.

The conclusion is that whatever happens next, the coronavirus pandemic won’t be another 1918-19 flu pandemic.